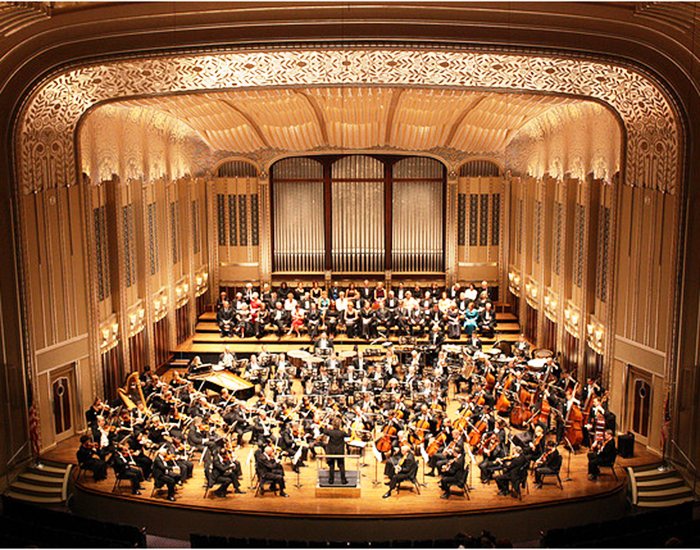 The Cleveland Orchestra has been experiencing a peak in popularity this season.

Currently, ticket sales are up 62 percent, compared to this time last year, according to a Cleveland Orchestra press release.

Case Western Reserve University has certainly had a large impact on this heightened interest in the orchestra. According to the Cleveland Orchestra, CWRU students average almost 200 at every evening subscription concerts.

With numerous student and youth discounts, a heavy student presence at concerts is not surprising. Not only can students at any college or high school purchase a $50 season pass, they can also purchase $10 tickets for most shows. As if that was not enough, there is an under 18 free-ticket program for younger attendees.

An increase in advertising has also paid off for the Cleveland Orchestra. Tens of thousands of followers on Facebook and Twitter spread the word of upcoming concerts through common internet sites, while the Cleveland classical music radio station promotes the group with commercials between its programs.

Now, shows have been selling-out left and right. The Cleveland Orchestra’s most recent performance, which welcomed violinist Joshua Bell to play Beethoven’s Violin Concerto, was one such show.

Severance Hall only adds to its popularity by including famous musicians to perform with them. Composer/banjo player, Bela Fleck, and pianist, Garrick Ohlsson were some of the many featured artists. Additionally, the Cleveland Orchestra also began a new program called the “Celebrity Series” that will appeal to those who are looking for something less classical.

This year’s Celebrity Series included a live showing of Charlie Chaplin’s Modern Times and a performance by Pink Martini. The last piece included in this program will be a concert by Patti Austin in May.

The Cleveland Orchestra seems to be doing many things differently this year to gain crowds, but even crowd favorites have been crazily popular as well. The Nutcracker and the Christmas concerts were two other shows that sold out, showing that the orchestra’s vigor is kept alive with equal parts innovation and tradition.

Severance Hall’s strong focus on student attendance creates a new available activity for those interested in many types of music, breaking the idea that the building is only for classical tunes.

Their success this season seems to be a good omen for student perks to continue. Hopefully, the Cleveland Orchestra’s new-found financial boost will rise in future shows and seasons.