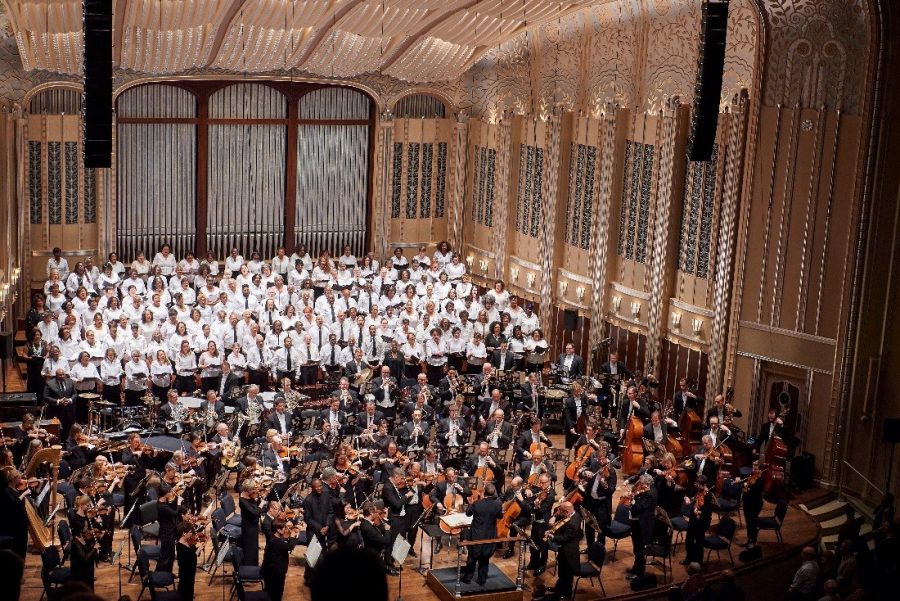 The Cleveland Orchestra will launch their versatile 2018-2019 season on Sept. 20 after months of practice. The repertoire for the ensemble’s 101st season features tremendous variety, even compared to last year’s remarkable centennial season.

The orchestra, widely considered one of the world’s finest ensembles, will perform timeless classics like Mahler’s Symphony No. 2 “Auferstehung”, Tchaikovsky’s Suite from “Swan Lake”, Ravel’s “Pavane for a Dead Princess” and Copland’s Suite from “Appalachian Spring.”

The season highlights lesser-known, underappreciated pieces like Prokofiev’s Symphony Nos. 1 and 3, Strauss’ “The Happy Workshop”, Schubert’s Mass No. 6 and Debussy’s Suite from “Pelleas and Melisande,” all pieces ripe for rediscovery and reintroduction into Severance Hall. This season, the orchestra will perform several works they have never performed before, such as Strauss’s “Adriane Auf Naxos,” a comedic opera about a petty competition for public attention between a crude comedic group and a highbrow opera group. In addition to Strauss’s 106-year-old opera, the orchestra will perform a new commission, “Pantheon” by Assistant Principal Oboist Jeffrey Rathbun, that is hand-tailored to the abilities of the orchestra’s world class musicians.

Rathbun said his goal is to “feature the sections that make up the Orchestra both in individual solos, highlighting by section and combinations of sections … in essence, a pantheon of the highest artistic quality.”

Concert patrons can also look forward to the extensive list of praised guest conductors and soloists lined up for the year. Some of the guests are pianists Alexandre Tharaud, Yefim Bronfman, Lang Lang, Garrick Ohlsson and Mitsuko Uchida; conductors Alan Gilbert (New York Philharmonic) and Herbert Blomstedt (San Francisco Symphony) and violinist Leila Josefowicz.  It will be especially exciting to hear Josefowicz navigate American composer John Adams’ “Scheherazade.2”, a frantic, solo-violin-focused piece. The piece is inspired by Scheherazade, the narrator from One Thousand and One (Arabian) Nights, and her rebellion against a patriarchal society. The piece is written specifically for Josefowicz to perform.

In a statement, the orchestra’s Executive Director Andre Gremillet writes “2018-2019 can perhaps be thought of as a season of contrasts and continuing exploration…Works by new composers, discovering a fresh take on standard favorites, new artists, and returning friends.” There’s a lot of personality in the coming season, come to Severance Hall and share in the excitement.

Student tickets are $15 each and a season pass is $50, both can be purchased online or at the box office. The season schedule and other information can be found at the orchestra’s website.

UPDATE Sept. 9 12:05 p.m.: An earlier version of this article did not have the title for Jeffrey Rathbun. His title has been added.