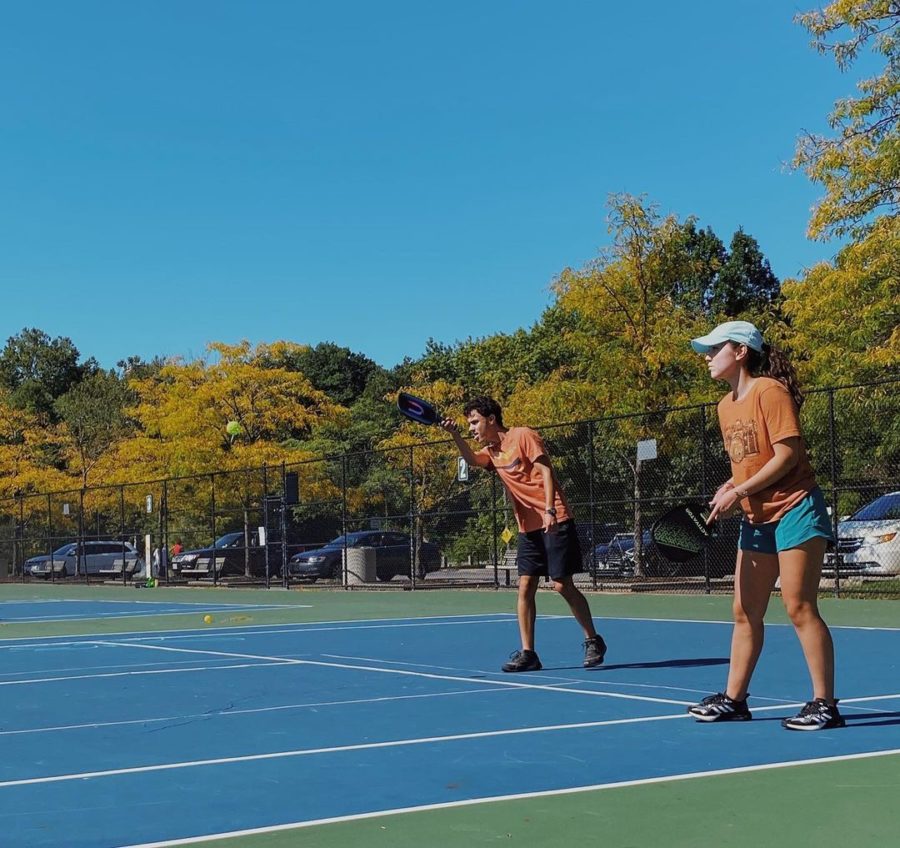 It's become the fastest-growing sport nationwide, so it's no wonder that the pickleball craze arrived at CWRU last year, with plans to compete in tournaments around the area soon.

As a student at Case Western Reserve University, chances are you’re probably not thinking about sports most of the time. Many of us haven’t even touched a basketball or a racket since high school varsity teams. Furthermore, being an NCAA Division III school sets the tone for a more academically-inclined campus atmosphere.

But we all need to find ways to de-stress. Exercising and sports are probably some of the best avenues to do so. The Veale Recreation Center and Wyant Athletic and Wellness Center are great places to start if you’d like to workout on your own, but for those looking for organizations or team sports, CWRU has plenty of options.

Most interested people turn to Club Sports, which are non-varsity organizations housed within the Department of Physical Education and Athletics that participate in intercollegiate athletic competitions. These groups are popular and relatively well-known. However, there are some organizations that do not officially fly under the banner of Club Sports here at CWRU. Today, we will be spotlighting one of those organizations: the Pickleball Club.

Unless you are an enthusiast or are taking the PE class for credit, you’ve probably never heard of pickleball. The sport, which was invented in 1965, was named the official state sport of Washington this year and is currently the fastest growing sport in the US, according to the Sports and Fitness Industry Association. Pickleball blends aspects of tennis, badminton and ping-pong into a game that has a short learning curve and is appealing to those of varying ages and physical abilities, but it can quickly evolve into a highly competitive and strategic sport.

The game is played on a court that is less than one-third the size of a tennis court, with two 7-foot areas on either side of the net being declared as non-volley zones where the ball cannot be hit with the paddle unless it bounces first. All serves are made with an underhand stroke diagonally to the opponent’s side without it bouncing off the court. Following the serve, each side needs to hit the ball before it bounces—known as making a ground-stroke—at least once before volleying. Points can only be scored by the serving side and are earned when the opponent commits a fault, such as failing to return the ball or hitting the ball out of bounds or into the net. The serving side continues to serve until they fault. To win, you must score 11 points and have a lead of at least two points.

The Pickleball Club—which is recognized by the Undergraduate Student Government—is a place for CWRU students to enjoy an athletic sport while playing a paddle sport among friends and peers.

“The goal of the club is for students to have fun and improve their skills at pickleball while also joining a community of people who have a common interest,” said co-president Jonathan Stevens in an interview. “We hope to provide an activity that is welcoming to all levels of players and have a place for people who love the sport to come out and play.”

Practices are held on Wednesdays at 8 p.m. and Sundays at 10:30 a.m. at the Veale Center fieldhouse. These sessions focus more on casual games, with multiple doubles “King of the Court” games happening at once. Each court has a group of about three teams that rotate games. The winning team remains on the court until they lose.

The club was established last year and hosted small on-campus tournaments for club members. The organization plans to take competitions to the next level this year and is organizing team trips to tournaments against local colleges such as Ohio State University, Miami University and Robert Morris University.

Off the court, the club will be planning several social bonding events throughout the semester. Currently, there are plans to hold an outdoor cookout where members can enjoy good food and company while also playing some casual rounds of pickleball.

To join the club, interested students should join the club’s CampusGroups page and the GroupMe to keep up to date on the latest practice times and planned events. There are no stringent participation rules or fees to join, and the organization has spare paddles and pickleballs for students without personal equipment.

“Club members are mainly [expected] to come out to play with a positive attitude and encourage teammates when playing,” said Stevens.

To learn more, reach out to co-presidents Jonathan Stevens (jcs250@case.edu) and Melina Peshoff (mcp105@case.edu) or visit the pages below.