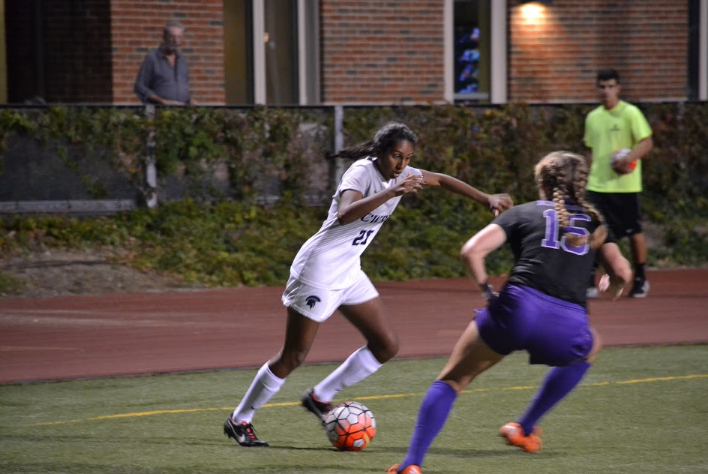 Despite not winning each game this weekend, the Spartans’ women’s soccer team remains undefeated and optimistic about the season ahead.

To begin the season, Case Western Reserve University kicked things off at Oberlin College this Thursday in Oberlin, Ohio. A painful and grueling 60 minutes passed before either team scored. The constant back and forth throughout the entire first half left both teams wondering if the ball would ever reach its destination. Even a third of the way through the second half things remained knotted up at nil for each team.

At 60:31, Oberlin slipped up and gave the Spartans a penalty kick. A tense moment passed as fourth-year forward Amy Lindberg eyed down Oberlin’s keeper and thought through her kick. Her goal just passed the Oberlin’s keeper’s reach and hit the back of the net, finally making the score 1-0 in favor of the Spartans.

Oberlin continued on through the half with about 30 minutes remaining, trying and fighting for a goal. In all, Oberlin ended up with seven shots while CWRU managed only six. But it was the Spartans’ defense and the clutch goalkeeping of third-year student Sarah Newcomb that shut down Oberlin’s offense.

The win was CWRU Head Coach Tiffany Crooks’ 77th career victory, setting a program-record. It was also Newcomb’s first career shut-out. In addition, it was the sixth-straight time that CWRU’s women’s soccer program had won its opening game of the season.

On Sunday the Spartans played another game, this time against the Hiram College Terriers in Hiram, Ohio. The first half of the afternoon got off to a fast start when third-year Katelyn Mauch knocked in a goal to put the Terriers up one to nothing. It was a very different feeling from Thursday’s game as the Spartans were not just fighting to break a tie from an early point in the game. They had fallen behind.

Throughout the remainder of the first half, neither team was able to add another point to the scoreboard. As the second half got underway, both defenses seemed to only improve. With just under 18 minutes remaining, CWRU finally tied the game up at one apiece when first-year forward Kimberly Chen scored.

Even though the Spartans had a 10-2 shots on goal advantage against the Terriers, both defenses kept things at a stalemate for the remainder of the game. The match went into overtime, during which neither team scored, and the same for the second overtime. After two scoreless overtimes, the game was called a draw. This left both teams undefeated at 1-0-1 each.

To round out the long weekend, the Spartans got their first chance to play at home last Tuesday evening against the Kenyon College Ladies.

Out on DiSanto Field, things again got off to a rocky start for CWRU. Just under 13 minutes into play, the Spartans gave the Ladies a penalty kick. Kenyon took full advantage as fourth-year student Maggie Smith scored on the shot and put her team up 1-0. Throughout the rest of the half, the score remained the same despite the Spartans getting three promising shots on goal against first-year Kenyon goalkeeper Maria Paparella.

CWRU turned things around and made the game a tale of two halves.

Just seven minutes into the second half, Kenyon put Lindberg up against their first-year goalkeeper Jillian Countey for a penalty. Lindberg recognized the opportunity and performed under pressure, and her confidence helped to knot the game up at one.

With just over two minutes left in the game, Kenyon third-year Camila Kirtzman had a strong on-goal attempt, but Newcomb was able to make the clutch save and keep things at a stalemate. As the clock ticked and the game neared its end, second-year midfielder Melanie Kukura scored from 25 yards out with just over a minute remaining to give the Spartans a 2-1 advantage.

As the team looks onward after securing a 2-0-1 record, the Spartans will play their second home game Saturday, Sept. 10 at 1:30 p.m. against Allegheny College. The team looks strong on defense, and the offense has been clutch so far. If those two trends continue, Crooks could see a lot more than just 78 victories by the end of her 10th year coaching this program.