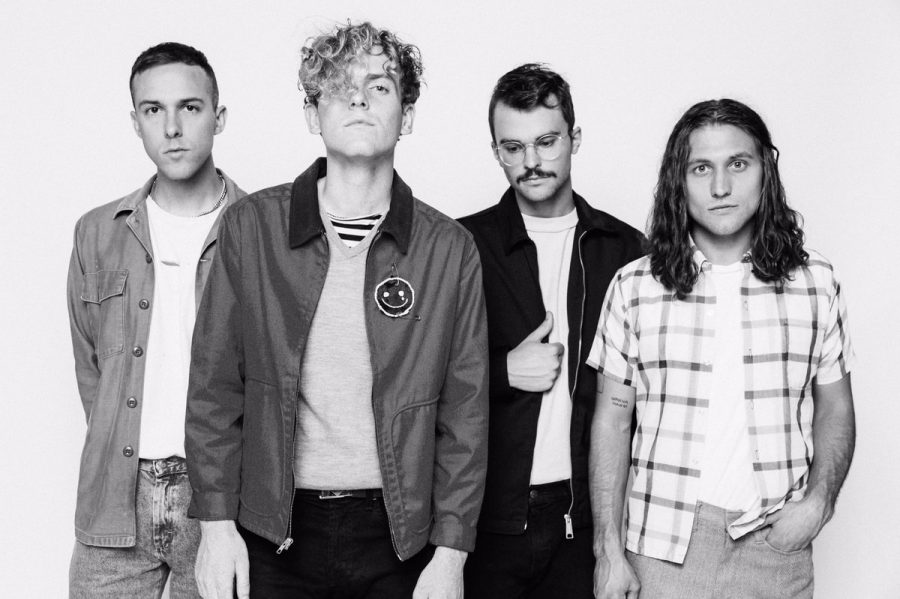 The indie pop band COIN will be performing this Saturday, Sep. 28 in the Tinkham Veale University Center ballroom, as part of the University Programming Board (UPB)’s UPBeats concert series.

The indie pop band is composed of Chase Lawrence on lead vocals and synthesizer, Ryan Winnen on drums and Joe Memmel on lead guitar and backing vocals. The band has an infectious alternative indie pop sound, packed with unforgettable melodies featuring great riffs and synths, complementing their fun and carefree lyrics.

COIN is best known for their 2016 hit “Talk Too Much,” which reached No. 8 on the Billboard US Alternative Songs charts. The group also released several new singles this year, including “I Want It All” and “Crash My Car.”

In an interview with Variance Magazine, Lawrence noted that the idea for “Crash My Car” came from a fan who showed up to their concert after getting into an accident.

“The story came from a fan who was in a car accident on the way to our show, but she still showed up in her near totaled, headlight hanging sedan,” said Lawrence.

The song, along with “Simple Romance” and “Cemetery,” both also released earlier last year, will be released on COIN’s third studio album, set to come out later in the year.

The band is currently on their headlining North American tour promoting the new album, and will make a pit stop in Cleveland to perform on campus. The band recently performed in Beachwood earlier this year in May at local indie pop festival Laurelive.

Local campus staple alternative rock band Sticky will open for COIN on Saturday. The band opened for Springfest last year and has played many campus events, including OwlFest and Block Party on the Hill earlier this month.

Listen to all your favorite COIN songs at Spotify’s This is COIN playlist. Get your tickets online online at CampusGroups.