Coleman: Does bigger mean better with the new iPhone? 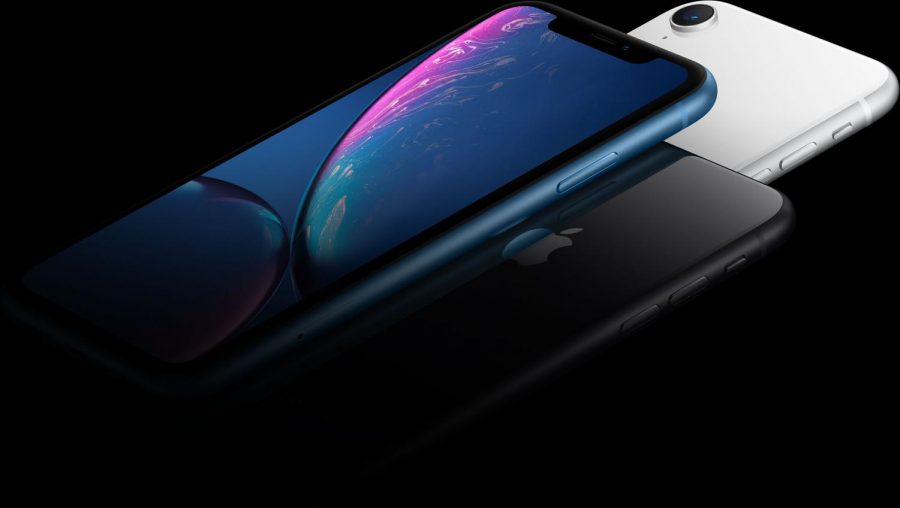 Whether you follow all Apple announcements religiously or you simply stumbled into one of the numerous summaries of the event online, you’ve almost certainly heard about Apple’s Special Event that took place on Sept. 12. During the event the company announced the upcoming releases of several new models of the iPhone as well as an updated Apple Watch.

All of these new releases have one thing in common—larger screens than anything Apple has released before. The new Apple Watch models, the series 4, have a two millimeter face size advantage over their predecessors. For their new iPhone lineup, Apple has retained the dimensions of the iPhone X for the new budget option, iPhone XS, while the larger model, the iPhone XR, is nearly six inches in length. Meanwhile, their replacement for the large plus models, the iPhone XS Max, clocks in at six and a half inches in length and has more of its surface area taken up by screen thanks to the elimination of the home button.

Apple clearly subscribes to the notion that bigger equals better when it comes to their products. The gradual resizing of all their products toward larger versions has only been escalating over the past few years, ever since the introduction of the iPhone 6, which was Apple’s first major deviation from the size and shape of its earliest phones.

I for one am not thrilled with these developments. Neither are quite a number of my friends.

What’s not to love about a bigger screen? Well, for one thing, the fact that my hands are only capable of reaching so far. One of the things I like about my current phone is that I can use it one-handed—holding it and swiping across the screen at the same time. Trying that with one of the newer, larger phones will likely lead to dropping it on the floor or discovering that the screen is too large to reach all the way across.

Another issue with larger phones is that they are much harder to carry around. My older, smaller phone barely fits in the pockets of half the clothes I own, let alone a newer, larger phone. I could carry my phone in a separate bag but having to grope around in a bag that I must constantly keep track of in order to locate my giant phone, rather than simply whipping it out of my pocket, is far more of an inconvenience to me than a smaller screen. And all this says nothing about the expense of larger models compared to smaller ones, which is far from insignificant.

Bigger does not necessarily mean better. Bigger means harder to carry around, nearly impossible to use one-handed and more expensive. For some people, especially those who are big on picture-taking or work from their phones, these tradeoffs may be worth it for the benefits of a larger screen. For people with smaller hands, pockets or a desire to actually be able to use their phone without two hands, smaller will always be the way to go.

But what’s the big deal? Just because Apple’s newest models are large doesn’t mean there aren’t still small phones on the market. The iPhone SE, released in 2016, provides all the technological benefits of the iPhone 6 in a smaller frame and is a great option for those looking for a smaller more affordable phone.

There’s just one issue: Apple quietly pulled the SE from production the same day it announced the new X models, and does not seem to be planning a sequel anytime soon. So this is truly the end of an era. From here on out, consumers unwilling to abandon Apple have no choice but to adapt to larger phones. Even Android users may struggle to find a smaller phone as the clear trend throughout the industry has been toward larger phones.

I’m troubled by the direction Apple is going in. Between the upsizing of phones, the removal of headphone jacks for seemingly no reason but to promote their new AirPods and the elimination of the home button to make room for even more screen, I find many of the design choices being made for newer models distressing. And it’s not just me. The definitive majority of the people I’ve spoken to on the topic prefer small phones themselves or at least think that Apple should continue to produce smaller models.

However, since it seems the market is against us, the small-phone advocates of the world may have to give up and start purchasing larger models. I’ll be holding onto my old SE for as long as the battery lasts and keep hoping that things start swinging back in the right direction before I’m forced to buy a new phone.

Kehley Coleman is a first year student planning on majoring in chemical engineering. When not in class, she can typically be found reading trashy teen fiction and/or in rehearsal for something or other.