“Community” is now on Netflix: A brief review 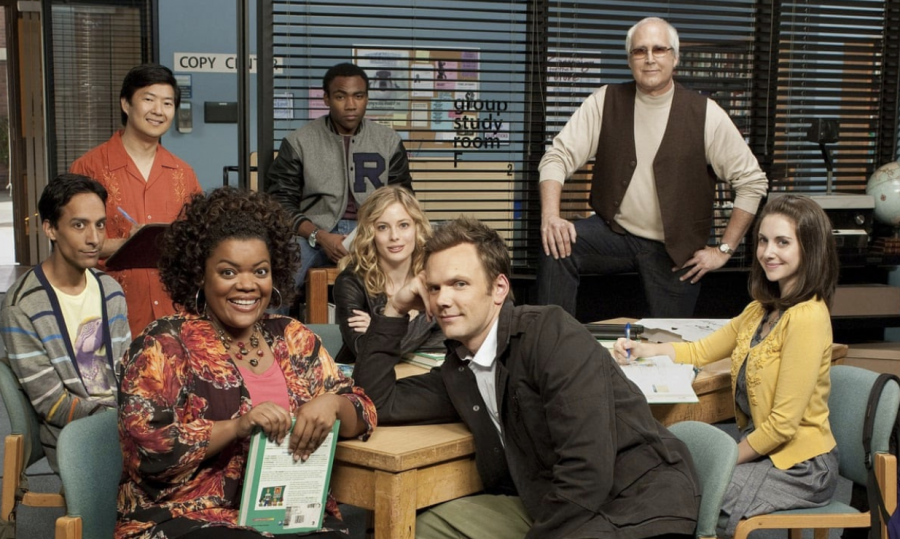 Get to know the friendly faces of the students and faculty of “Community,” now streaming on Netflix.

“Community” is a sitcom that features a cast of characters trying to make it through Greendale Community College. The show, led by Joel McHale, Alison Brie, Gillian Jacobs and Danny Pudi, is sort of a “Ned’s Declassified School Survival Guide” for college students.

To give a brief synopsis of the show, it starts out with former lawyer, Jeff Winger (played by Joel McHale), enrolling in community college to get a valid degree, as his first degree was from Colombia (the country) instead of Columbia (the university) as he had claimed. He soon attempts to organize a fake Spanish study group in hopes of getting closer to classmate Britta Perry (played by Gillian Jacobs), but that scheme fails.

The show started off strong for the first four seasons, but the departure of a couple of key cast members and briefly, series creator Dan Harmon, left the last two seasons scrambling to reach prior glory.

The show was at its strong point when it followed the formula used in the first 3-4 seasons: sticking to the group tackling a certain class which proved difficult in some way or another and bonding as a result. However, animated episodes such as “Abed’s Uncontrollable Christmas,” “Digital Estate Planning,” “Intro to Felt Surrogacy,” and especially “G.I. Jeff” felt like awful obnoxious filler deviating from what the show was really about. The show tries to reel you back in during the later seasons with weird, emotional plot points and the occasional school-wide paintball battle episode.

Despite the originality of the series, the sometimes-relatable content and the superb cast of ensemble characters, the material gets very old starting in seasons 4-5. Cameos by John Oliver, John Goodman and even Betty White keep you guessing for many of the episodes, but after six seasons (and someday a movie) the show’s coup de grace was eventually brought on by fights between the cast and staff.