Corruption as a last resort 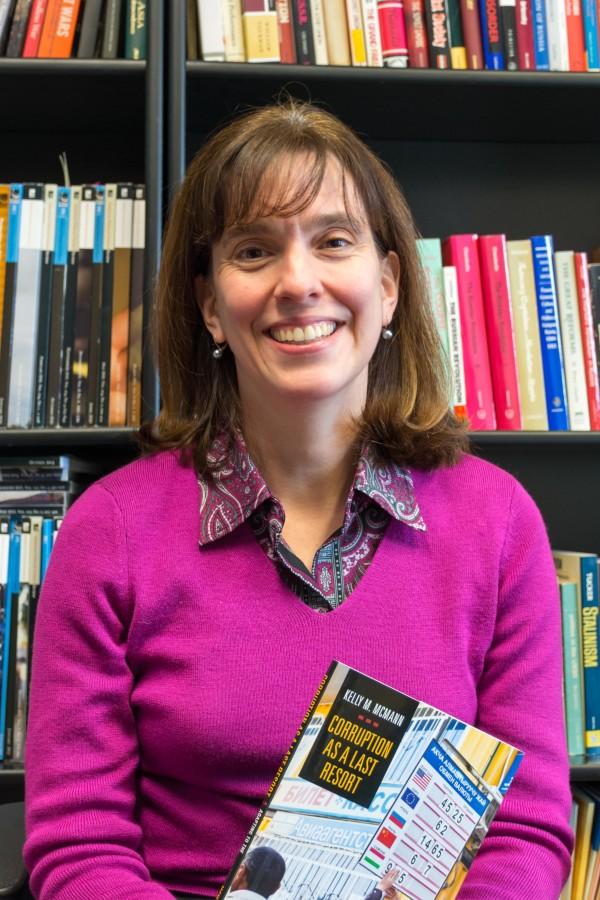 Assistant professor Kelly McMann's book was inspired by her time living with families in the former Soviet Union.

Corruption, according to Associate Professor of Political Science Kelly McMann, is driven by desperation. McMann, who is also the director of the International Studies Program, recently published a book, “Corruption as a Last Resort: Adapting to the Market in Central Asia,” which looks at the ways in which citizens of the former Soviet Union managed the fall economically.

She conducted in-depth interviews and observational studies in Kazakhstan and Kyrgyzstan, as well as mass surveys in those countries and Uzbekistan. She also found evidence from statistical surveys in 92 countries.

McMann’s research was inspired while she was conducting another study, living with former families of the Soviet Union. At their kitchen tables, people explained to her that, while they loved the freedoms they had since the Soviet Union collapsed, they missed the economic benefits, such as guaranteed employment.

“I decided to study economic coping mechanisms for my next project,” said McMann. “I found that people use bribes, connections and promises of political support to obtain goods and services from government officials.”

“Corruption is a last resort for people, so if there are alternatives to corruption, they will not engage in it,” she added. If employment and credit are available from market and societal institutions, including banks, businesses and charities, corruption will decrease.

McMann also found that people who are relatively wealthy resort to corruption much less, because their connections provide them with jobs and other opportunities.

Although her study was focused in central Asia, McMann found that people resort to corruption regardless of where they live whenever organizations do not meet the requirements of the people in that region.