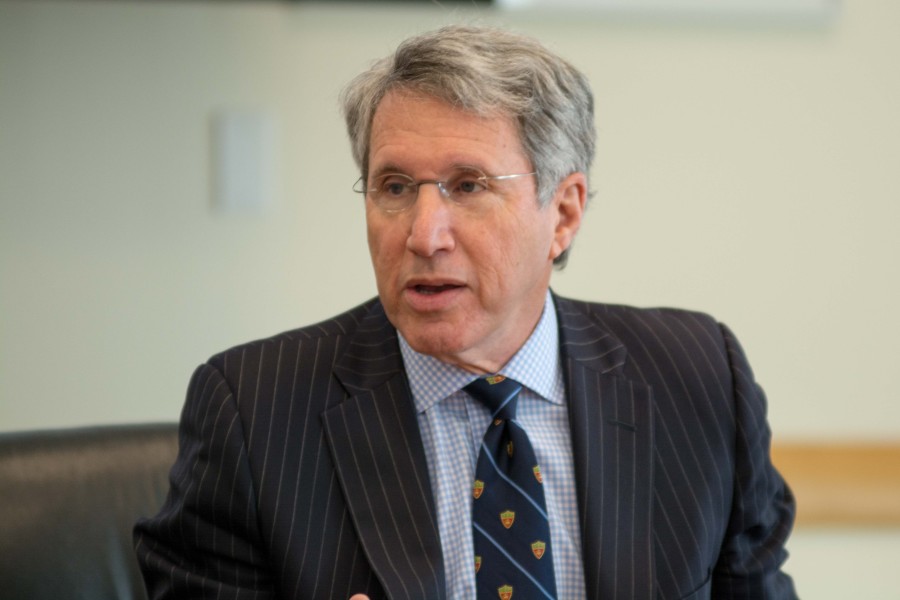 Michael Wager believes that the odds were against him going into the 2014 House of Representatives race against a Republican incumbent.

When Michael Wager decided to run as the Democratic candidate for the House of Representatives in the 2014 midterm elections, he thought that he had a serious chance to win. He described Ohio’s 14th district as the least gerrymandered and most competitive in the country. His Republican opponent, Dave Joyce, had fought a tough primary. Most importantly, he believed that he already had significant experience with the American political process.

Wager, an attorney who has taught judicial and urban politics classes for Case Western Reserve University’s Department of Political Science, once worked as a congressional aide and served as finance chair in Sherrod Brown’s 2012 re-election campaign. Throughout his career, he held several appointed civic offices, including chair of the Cleveland-Cuyahoga County Port Authority.

However, he found that he still had much to learn about congressional elections.

“I thought I knew 80 percent with 20 percent to learn, but it was the reversal of that,” Wager said at last Friday’s Public Affairs Discussion Lunch presentation.

Running in district where the vote leaned four points in favor of Republican candidates, Wager said that he “started with [his] food in a bucket.” But even with the odds against him, Wager still hoped that his message to reduce income inequality would reach voters. Instead, he was frustrated by the centrality of financing his campaign.

Wager quickly found that campaign finance was the “only measure” that journalists and the national Democratic Party cared about. Wager estimated that his campaign would have needed about $5 million to win the election. Initially, when polls still indicated that the 14th district would have a close race, the national party contributed funds and staff to assist Wager’s campaign.

However, Wager’s campaign simply could not keep up with his opponent’s financially. As experts shifted their outlook on the race from hotly contested battleground district to Republican-leaning to likely Republican, Wager found his campaign finance dry up and watched the National Democratic Party decide to spend its scarce funds elsewhere in more competitive elections.

With far less support from the national party and a five-to-one gap between his campaign and his opponent in television advertising spending, Wager became pessimistic about the outcome of the election.

“We got a sense by spring or summer that we were not likely to succeed,” Wager said.

His premonition proved correct. In November, Wager lost by a landslide, winning only 33 percent of the vote compared to his opponent’s 63 percent. A libertarian third-party candidate took the remaining four percent.

In retrospect, Wager decided that he had “bad odds” and likely could not have won the election except under extraordinary circumstances.

In addition to the district’s Republican lean, he ran in a midterm year as a first time candidate belonging to the president’s party against an incumbent congressperson. The odds stacked up against him: first time candidates rarely succeed, incumbents win 90 percent of their re-election bids and the president’s party almost always loses congressional seats during midterm elections.

When asked if he would run again, Wager said, “I haven’t shut the door on it yet, but probably not.”

“I was a serious person, but the process isn’t serious,” Wager concluded with a bit of bitter humor.