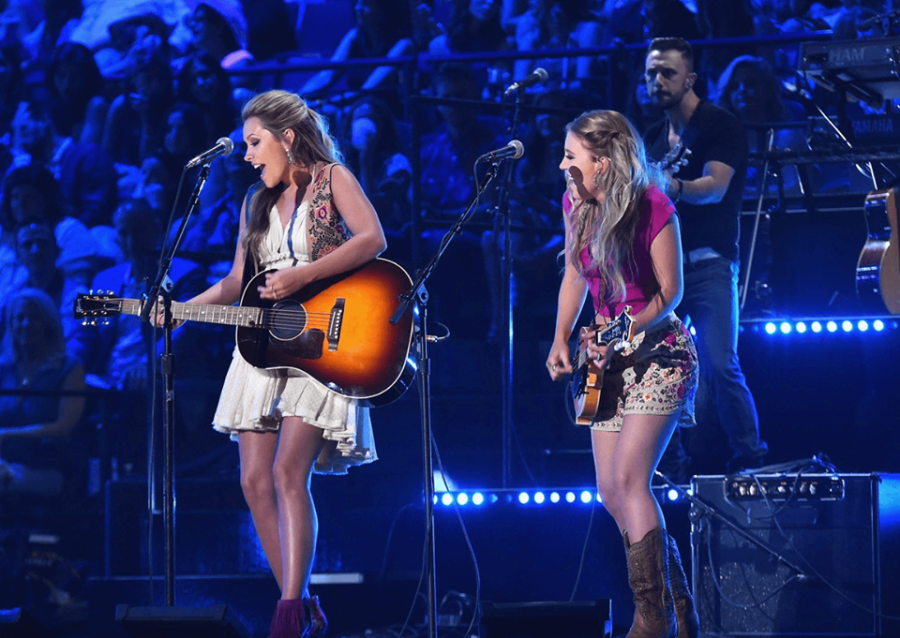 Maddie and Tae are known for challenging stereotypes about women in country music.

Keeping up with the changing faces (and voices) of music can be challenging and time-consuming, so here are three suggestions for the country music scene. Ranging from Kane Brown’s deep-voiced bluesy tones to Old Dominion’s beer-drinking boy-band tunes, these young artists capture the quintessential themes of country in fresh and new ways. However it is all hats off to Maddie & Tae, who have managed to craft catchy melodies that actually push back against the tradition of male-dominant themes in country music. If you’re a long-time country music fan, then be sure to keep these three rising stars on your radar, and if you are looking to branch out and give country music an honest try, then include these new hit singles in your sample playlist—surely one of them will be stuck in your head for the rest of the day.

Kane Brown is a very atypical country singer; this tattooed R&B fan jump-started his career by posting his own deep-voiced covers of country’s top songs on YouTube. Brown then capitalized on the traction from these covers by using Kickstarter to fund his first EP, “Closer,” which was released this past summer and officially placed him as an artist to watch. However the song truly serving as his claim to fame was just released a couple weeks ago on his 22nd birthday, Oct. 21. This latest single, “Use to Love You Sober” has brought the unsigned singer’s album to the top 10 charts of country music.

Madison Marlow and Taylor Dye formed this sensational teen duo when they met at age 15 and decided to start a joint career in country music. Their 2014 debut single caught the eyes of country fans and feminists by calling out the biggest stars of bro-country music, a genre known for its truck-driving and “hey baby girl” themes. “Girl In A Country Song” is only the second song sung by a female duo to ever reach number one, signaling a strong start to their new career. Additionally, the single sparked three Country Music Association Award nominations for breakthrough video, duo video and video of the year. The girls continue to climb the charts with their newly released debut album, “Start Here.”

Old Dominion is a five-person band known for channeling modern pop and hip-hop country vibes. Before joining forces in 2012, the guys all worked as individual songwriters for some of the biggest influences in country music. Their individual songwriting talents led them all to Nashville, where they met and formed the band. Creating buzz as the next Florida Georgia Line, the group released their first self-titled EP in 2014. Their second and most recent single, “Break Up with Him,” was just released this year, quickly making the top spots on country charts, and even top 50 overall. Their debut album, “Meat and Candy,” will be out this week, on Nov. 6. The album features several new fan-favorites: “Beer Can in a Truck Bed” and “Nowhere Fast.”