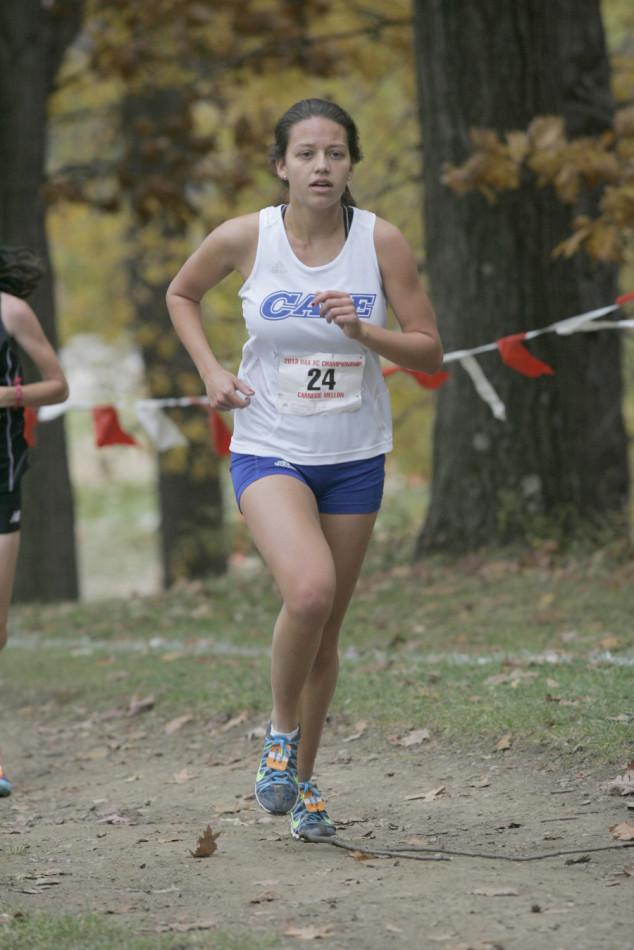 The CWRU cross country teams will be kicking off their season tomorrow with the 14th annual Bill Sudeck Classic.

Both the mens and womens teams are coached by Kathy Lanese, and this will mark her 14th season leading the Spartans. Lanese is the longest tenured female coach at Case Western Reserve University, starting back in June 2001. Lanese has coached 12 NCAA All-Americans in cross country and track, while earning multiple Coach of the Year awards. She has led the Spartan cross country teams for the past 13 years and served as an assistant for the track & field program for seven.

Lanese was appointed for her second stint at CWRU on June 5, 2001. Until 2006, she also served as head coach for the women’s track & field team. Due to Lanese’s strong leadership, CWRU cross country has been represented at the NCAA Championship Meet in each season since 2006. That stretch looks well poised to continue this season as the Spartans have plenty of experienced runners to lead the team.

Timothy Travitz will lead the men’s squad competing in all six varsity team races last season. Travitz was named a USTFCCCA Scholar-Athlete and earned UAA All-Academic honors, big awards for any student athlete. Travitz also scored in all six races and finished amongst team’s top three in each, a season which was capped by the season-best 8k of 25:45.7 to place 27th at Calvin’s Knight Invitational.

Galen Caldwell with also lead the Spartans after running in five-of-six varsity team races as a freshman. Caldwell placed ninth and was the third Spartan to cross the finish line at the season-opening Bill Sudeck Classic with a 6k time of 20:27.19 last season and will be looking to improve upon his time at this year’s race.

Kelsey Aamoth led the women’s team in all six varsity races last season. Aamoth was also named a USTFCCCA Scholar Athlete and a member of the UAA Presidents Council Scholar-Athlete Team. In addition, Aamoth was honored with CWRU’s Dorothy L. Hoza Award and earned first-team All-UAA honors with a fifth place performance (22:15.7) at the UAA Championship in Pittsburgh and was a NCAA All-Great Lakes Region performer for the second year in a row with a 21st-place time of 22:34.3 at Calvin. In last seasons, Bill Sudeck Classic Aamoth won the race for the second year in a row with a 4k mark of 15:33.53 and will look to add a third straight win to her already lengthy list of laurels.

Lastly, Kristen Ruckstuhl also competed in all six varsity races last season and was the second Spartan to cross the finish line in five. She will be looking to continue to lead the Spartans and was also named a USTFCCCA Scholar Athlete and earned UAA All-Academic honors for the second straight season. Ruckstuhl earned a NCAA All-Great Lakes Region honors with a 34th place time of 22:53.5 at Calvin and ran her career-best 4k time with a 16:07.19 at the season-opening Bill Sudeck Classic and ran a collegiate-best 5k of 18:48.4 at Calvin’s Knight Invitational and a recorded a personal-best 6k of 22:31.8 at Oberlin’s Inter-Regional Rumble.

All in all the Spartans look poised to continue on the successes of past seasons as they kick off the season bright and early tomorrow morning.