Streaming recommendation of the week 12/03/21 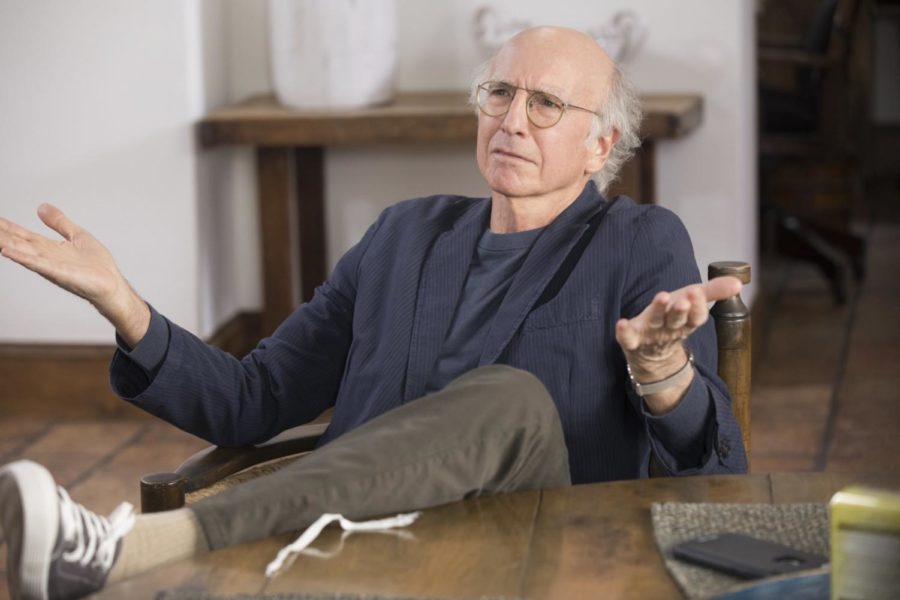 No need to "Curb Your Enthusiasm" for another season of Larry David's (pictured) comedic genius.

On Oct. 24, Larry David returned to our televisions with a much-anticipated 11th season of “Curb Your Enthusiasm.” The show, which originally aired on Oct. 15, 2000, has consistently provided hilarious social commentary over the past two decades, with the new season arriving after a nearly two-year-long wait. As the series star, creator and writer, David has shown he is only getting finer with age, constantly tackling touchy and controversial issues, and this new season is as great as ever. Despite many people being afraid of how the show might handle the monumental worldwide change brought about by the pandemic, it is reassuring to know that David himself hasn’t changed at all.

For those who are unfamiliar with “Curb Your Enthusiasm” and Larry David,  he is most well-known for being the creator, writer and executive producer of the hit ’90s sitcom “Seinfeld.” After “Seinfeld” ended in 1998, David wasted no time creating a masterpiece of his own—the improv comedy, awkward situational humor goldmine that is “Curb Your Enthusiasm.” Central to the show’s appeal is that it does not have a script. The cast relies solely on an outline while filming, and yet it works out perfectly every time.

“Curb Your Enthusiasm” is an embellished version of David’s real life, with him playing a fictionalized version of himself and many of his real friends doing the same, including Cheryl Hines as Cheryl David, Jeff Garlin as Jeff Greene, Susie Essman as Susie Greene, J.B. Smoove as Leon Black, the late great Bob Einstein as Marty Funkhouser and comedians Richard Lewis and Ted Danson portraying themselves.

Despite not following a script, each episode uses a similar formula. David introduces multiple premises in a single episode, and throughout the episode the way he interacts in one of these situations leads to a downfall in another scenario, which leads to the whole castle crumbling down by the end. At the beginning and end of each episode, the very fitting theme song, “Frolic,” by Luciano Michelini, perfectly captures the jest and whimsy that goes along with each of the mishaps that follows David around daily as he deals with various awkward social situations.

Whether it be hiring prostitutes so that they can be a passenger in his car just so he can use the car pool lane on the highway or questioning a Japanese kamikaze pilot on whether they are truly one if they survived, David gets himself into awkward situation after awkward situation. All this serves to show just how many social conventions we have to follow on a daily basis and how absurd many of them are.

This season, guest stars include Woody Harrelson, Jon Hamm, Kaley Cuoco, Lucy Liu, Bill Hader and more. After a disappointing third episode, “The Mini Bar,” the show rebounded with “The Watermelon,” an episode that has already entered the pantheon of great “Curb” episodes. This episode sees David go to the eye doctor to flirt with a lady there, but when she drops a piece of Pirate’s Booty snack on the ground, David is disgusted at her for not picking it up. Later in the episode, David is looking for a man to portray his uncle in a TV series he is pitching to different streaming services, and he looks to Harrelson. However, after offering him cream in his coffee, Harrelson is disgusted, as he only drinks coffee that is “biodynamic.” Not wanting to lose Harrelson from the project, David takes him to a farm that is owned by a Ku Klux Klan (KKK) member that was introduced earlier in the episode through a similar hijink. David and the KKK member try their best to turn his farm into a “woke” farm, which impresses Harrelson, but as he is leaving, he drops a grape on the front porch and doesn’t pick it up, which angers the KKK member, and the deal falls through, paralleling the women at the beginning. Thus the whole story comes full circle.

The storylines in each episode flow together and have many moving parts, impacting David as he interacts with the people around him.

“Curb Your Enthusiasm” is currently halfway through its 11th season, with episodes airing on Sundays at 10:30 p.m. EST. It can be watched on HBO or streamed on HBO Max.