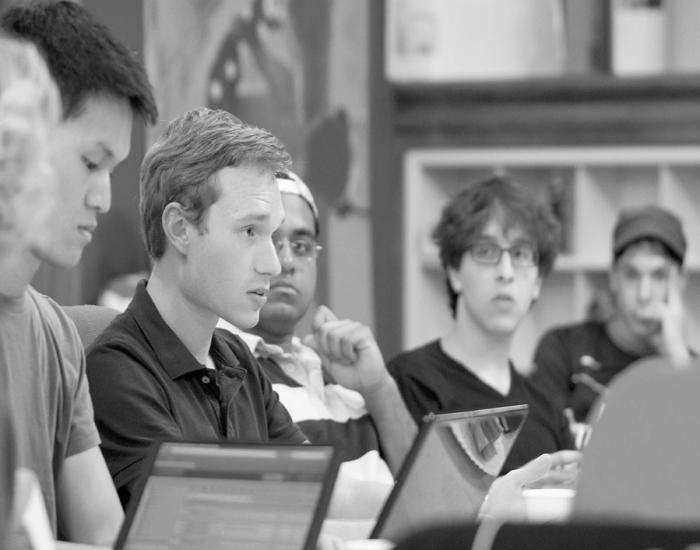 After a spring semester characterized by bad press and controversial decisions, Case Western Reserve’s Student Executive Council (SEC) has been meeting unofficially in small, focused groups throughout the summer to dedicate time to an intensive revision of its constitution and bylaws, among other tasks.

“This year, with stuff that was pending in relationship to the Greek allocation change, and cleaning up some bylaws and constitutional issues, a segment of SEC has met over the summer,” said Glenn Nicholls, the vice president of student affairs and adviser to the SEC. “Working on that stuff so they can bring it to the first [official] SEC meeting and not have to start from nothing.”

Current SEC members are tasked with resolving the unfinished business of last spring’s members, who decided to cut Greek life’s funding by as much as twenty percent after discovering approximately $80,000 in unused rollover money.

The proposed resolution is a referendum, to be held on Sept. 8 and 9, which will either maintain or overturn the former SEC’s decision regarding Greek funding. Should the referendum pass, Greek life will receive about 6.51% of the Student Activities Fee (SAF) as its allocation for the fall of 2010. Should the referendum fail to pass, its projected allocation is instead approximately 5.47%. In either event, the rollover money will remain with Greek life until its potential uses can be discussed further.

Some of the members on the SEC sought, in the Council’s most recent meeting on Aug. 26, to resolve this issue internally and prevent the need for a student referendum. And while the general consensus seemed to agree that publicly exhuming an already unpopular issue was highly unappealing, the Council ultimately decided that to quash a referendum they were bound to carry out might be ethically dubious and/or irresponsible.

“Why put the student body through another referendum?” asked Paul Brinnel, chairman of CWRU’s media board–an organization that was itself denied SAF stipends by a similar referendum last spring.

“We are bound to have this referendum,” said Lillian Zamecnik, who chairs the SEC this semester.

The brief discussion ended after Nicholls’s consummatory advice: “SEC would be ill-advised to take an action anticipatory to the referendum,” he said. “SEC needs to step back.”

Stepping back may have been difficult a semester ago, when SEC was dominated by extreme personalities. But in their apparently genuine concern for the student body this year, current SEC members seem to have little trouble doing just that–even if it means drawing out an issue as unpleasant as Greek funding. It is perhaps safe to assume, then, that whatever ill will, bad behavior, or discordant intersubjectivity may have existed among SEC members in the spring of 2010 (as well as between SEC and the press at large) has been effectively and forgivingly extirpated.

Nicholls recalls his first experiences as an adviser to the SEC, noting various rifts that separated the different groups which comprised the Council.

“It’s been a long time,” he said. “In the early years I was here, there was a lot more tension between the groups. I did a little more refereeing, a little more facilitating.” Now, said Nicholls, the bulk of his advising is done with regard to each group’s funding.

“In some of these allocation discussions, I’ve probably talked a little more than I would typically,” he said. It is uncertain whether such allocation advice is necessary due to complicated financial procedures, for example, or because the separate representatives occasionally continue to compete with one another for more money.

It is standard procedure that each newly incumbent SEC board visit Nicholls for a barbecue at his home near the end of the summer. “I have them over to my house for an obscene amount of food,” said Nicholls.

Zamecnik is careful to add that important issues for the coming year are also discussed at the barbecue, albeit informally.

The first function of the barbecue is, after all, social. Nicholls wants the SEC members, many of whom are newly elected each year, to get to know one another. And after the stories circulating since last spring have pointed to potential internal issues with past incarnations of the Council, some think it wise of Nicholls to promote both sociability and a sense of camaraderie among the members.

“Sometimes you have groups that have elected new offices, so it’s a way to get acquainted,” Nicholls said. “And then they can establish their first meeting.”

Preliminary gatherings throughout the summer, made up of small committees charged with different tasks, were held here in Cleveland. Maintenance of healthy interpersonal relationships notwithstanding, the SEC sought in many of these meetings to standardize its protocol with regard to its constitution, bylaws, and the Robert’s Rules of Order (rules implemented to varying degreres of stricture in just about every deliberative committee on campus).

“There were a number of things that last semester’s SEC decided should be more carefully looked at,” explained Jim Petras, treasurer for the Class Officer Collective (COC) and the longest incumbent member on the present SEC board. “So there was a Constitution and Bylaws Revision Committee created–I am chairing that committee. I know that there was a group put together to review the posting policy. So different groups of people have been meeting.”

Petras is aware of the former SEC’s occasional problems, and hopes the changes made to the Council’s constitution will help to rectify them this semester. “There were several categories of things we wanted to focus on,” he said. “We wanted to improve the lexicon and syntax of the documents. You know, at times, the actions of the SEC, the way that the SEC operated, did not parallel the constitution. The constitution says, for example, that each member will have one vote. But each board, the two semesters that I was a member of the organization, was casting a single vote.”

“Your organization should adhere to its bylaws,” Petras added. “You don’t want to have something in your bylaws if you’re not going to be able to adhere to that set of practices. So obviously we want to tailor the constitution and the SAF bylaws to ensure that we’re always able to adhere to them.”

Of all the major governmental organizations on campus, it is possible SEC operates the most informally with regard to Robert’s Rules.