Cuyahoga River no match for Spartans 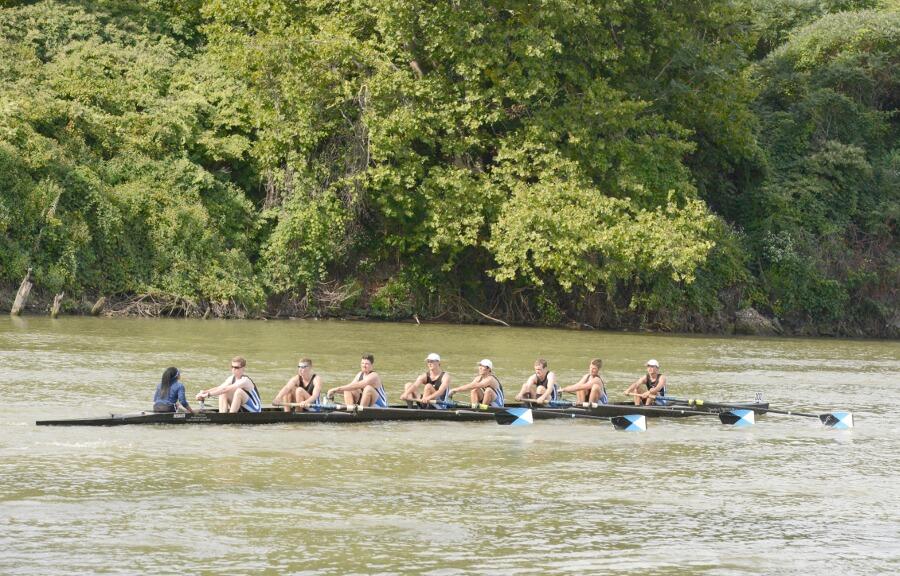 The Case Crew Club opened its season two weekends ago with a strong showing in the Head of the Cuyahoga Regatta.

The Spartans competed in 10 races in the daylong event and won four of them. The Regatta is the annual event of the Cleveland Rowing Foundation. The foundation is supported by eight rowing programs including Case Western’s team. In addition to Case, the member programs include the Cleveland State University Rowing Team, the John Carroll University Rowing team, the Western Reserve Rowing Association (an adult program), the Cleveland Youth Rowing Association, the Saint Ignatius High School’s crew team, Saint Joseph Academy Girls Crew and the Shaker Heights High School Crew.

The regatta brought together over 1,300 rowers to compete on the 4800-meter course and has been run annually since 1996.

For those unfamiliar with rowing, the race name is the number of rowers per boat with a plus “+” indicating a coxswain, or simply the cox, on the boat. The cox steers the boat and coordinates the rowers.

The victorious novice 4+ team of Elizabeth Tobin, Grace Karabinus, Ilana Roth, Julia Asjes with cox Dylan Brown finished with a time of 26:39.24 crushing the second place boat that finished at the 31:01.94 mark.

The Spartans will be looking to continue their success this weekend as they compete in the Head of the Ohio Regatta in Pittsburgh PA.