Cuzin’ Dave Wilson of WRUW passes away, leaves behind legacy 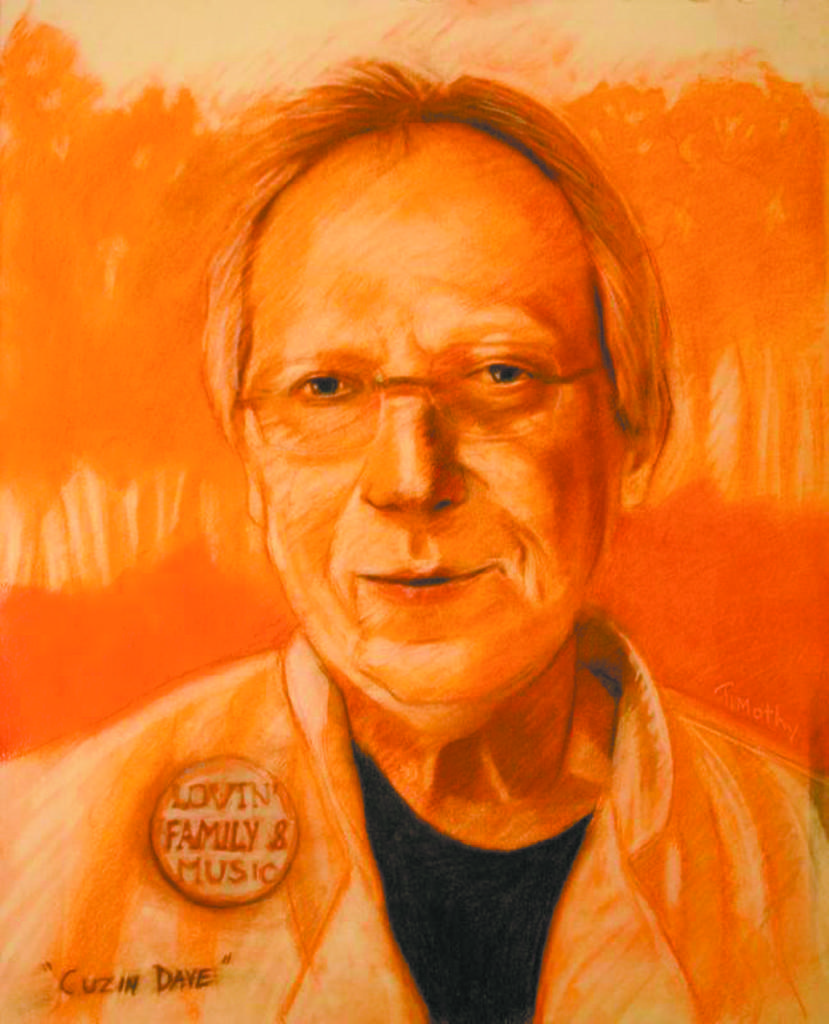 The words “college radio” tend to conjure up either images of Pitchfork.com devotees in skinny jeans or more often than not, they connote images of middle aged men who, once a week venture out of their parents’ basements into an equally dank little room to brag for 2 hours on-air about some extremely rare record you’re too unrefined to appreciate. Ego seems to be the common ground on which these hypothetical, yet often realistic, characters tread; WRUW host Cuzin’ Dave Wilson proved to be the exception to the rule, for he had no ego.

Newman began his legendary career at WRUW-FM in 1973 with a show called “Down Home,” which he co-hosted with his wife Denise on Saturday mornings. From then on, he settled into Thursday evenings, first sharing the studio with Daniel Ewry, known as Cuzin’ Dan Wilson, and later with James E. Guyette, known on the air as Mr. JEG on the station’s longest running program to date, “When the Roses Bloom Again.” Dave took this name from a folk song which dates back to the mid 1800’s, and has been re-orchestrated by the likes of Johnny Cash and more recently, by Wilco.

Cuzin’ Dave’s show was as canonical as the song itself. He wittingly defined his program as, “Country music: roots and branches,” and occasionally, he would add, “sometimes, we’ll go out on a limb.” Unlike many other programmers, at WRUW-FM and elsewhere, who tend to rest in a so-called musical “niche” and never sway from it, Cuzin’ Dave stretched beyond his ‘roots and branches’ to incorporate a unique selection of local, national, and international acts. Those he reluctantly had to leave out of the show, he associated with various other programs on the station, eagerly endorsing his listeners to frequent these shows as well.

Similarly, Cuzin Dave not only tuned into his comrades in roots-rock and twang, but regularly listened to shows steeped in everything from indie-rock to 60’s pop to world music. He was an active listener; he purposefully called on-air programmers to offer his kind words and humble suggestions—and if he couldn’t listen live, he would download the show and e-mail the DJ with his compliments.

“We were his colleagues,” says Ed Zeitz, fellow WRUW programmer and close friend of Newman’s. “We are brothers and sisters in radio, and because we are very rarely all in one place at the same time, he enjoyed checking in and keeping in touch and maintaining an ongoing sense of community and friendship. He was the best at that.”

Newman first came to Case Western Reserve University to earn his Master’s Degree in social administration. He went on to become supervisor for the Cuyahoga County Department of Children and Family Services; after retiring, he continued as a liason to this department from the county Board of Developmental Disabilities.

Additionally, Newman worked part-time at Sokolowski’s University Inn, serving up home-style polish fare every weekend. He also managed to frequent the Beachland Ballroom and Tavern, the Barking Spider Tavern and various other local and national music venues to further enrich his knowledge of music and support the careers of musicians across the country, all somehow within a seven day week.

On top of all that, Newman spent considerable time outside of his show at the radio station, enthusiastically contributing his time to doing the work that most programmers dread, while conversing with other volunteers, both students and community members, getting to know them inside and out.

“He was a great educator who took great pride in mentoring the students who were involved with WRUW,” recalls Guyette. “He eagerly offered his gentle style of guidance to anyone who was an apprentice programmer at the radio station, making certain that they were prepared as a broadcaster while also educating them about the music and its origins.” Fellow folk music aficionado and programmer, James Gilliland, known as Cuzin’ Jimmie Wilson emphasizes this. “Dave worked to bring people together and to help everyone draw from it. He was selfless in the true sense of the word.”

Cuzin’ Dave’s impact on the Cleveland community, both musically and otherwise, manifested itself most unequivocally on August 30, 2010, when hundreds of his friends and family members gathered at the Beachland Ballroom to celebrate his life and support his family in their time of need. Musicians from all over Cleveland took the stage, using the beauty of their craft to reiterate Dave’s legacy; the evening ended with an exceptionally moving rendition of Bob Dylan’s “I Shall Be Released.”

CAN CUT IF NEEDED: Coming to the station as a freshman, worried that WRUW might be like the cliquish clubs I had endured in high school, Dave somehow saw this insecurity and made me understand that the station was a safe, loving place. He was, and I’m sure other programmers young and old can agree, like a grandfather to everyone at the station throughout his 40 years in residence. Dave had a gentle soul, unmatched in its capacity to genuinely care for each of his grandchildren equally.

So here’s to you Cuzin’ Dave. May we all see you ‘when the roses bloom again.’