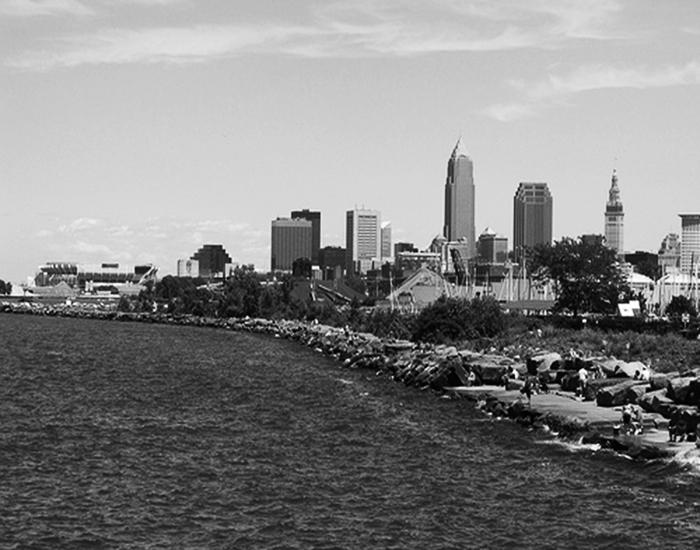 On Thursday, Sept. 20 and Friday, Sept. 21, Cleveland’s motivated supporters of urban sustainability from around Northeast Ohio convened in the Cleveland Public Auditorium for the fourth annual Cleveland Sustainability Summit. The summit is part of Mayor Frank Jackson’s 10-year initiative to create a “green city on a blue lake” known as Sustainable Cleveland 2019.

This year marked the “year of local food,” a unique theme that shifts every year to coincide with a particular area of development in Cleveland. Although the summit was not open to the general public, Case Western Reserve University made a contribution to the initiative with its presence of faculty, staff, alumni, and curious students in the city’s endeavor toward a better urban environment.

“This year we’re focusing on the current celebration year, the year of local food,” said Jenita McGowan, the city’s newest Chief of Sustainability. Upstairs in the Public Auditorium, participants interested in local food kept busy with heated discussion on the popular Cleveland trend, while downstairs ambitious forward-thinkers planned the aspects of next year’s theme of advanced renewable energy.

“This year with the dual-track focus, the CWRU attendees had many opportunities to showcase our energy research and the positive impacts of our local food production and purchasing, and also to participate in working groups” she said. The summit displayed a video which featured advanced renewable energy conducted by students who were part of the summer Student Undergraduate Research in Energy and Sustainability program at CWRU.

Hosted by the City of Cleveland, the summit was facilitated in the two parts by Dr. Ronald Fry and Dr. David Cooperrider from the Fowler Center for Sustainable Value in the Weatherhead School of Management, which has been facilitating the summit since 2009.

Since its inception, the summit has been based around the international CWRU-born method of Appreciative Inquiry, the “strength-based approach to intentional change,” created in collaboration by Fry and Cooperrider among others in 1980.

“The mayor recognized there was an opportunity to develop the economy but to also do it in a sustainable way,” said Fry. “The Appreciative Inquiry is specifically designed to bring the large stakeholder groups together and mobilize it.”

“We do a lot of questioning that looks at what’s working in our system, what are our best qualities that we can replicate and scale up and innovate upon,” said McGowan. “So instead of focusing on what’s not working we’re focusing on fixing what works well,” she said.

CWRU alumni also gained valuable feedback from an outside perspective. “We are getting students and faculty involved in the working groups that were established at the summit to continue working on sustainability throughout the year,” said Steven LaDelfa, recent CWRU alumna. “Their big thing is that sustainability shouldn’t be something that we come to a summit for once a year and then forget.”