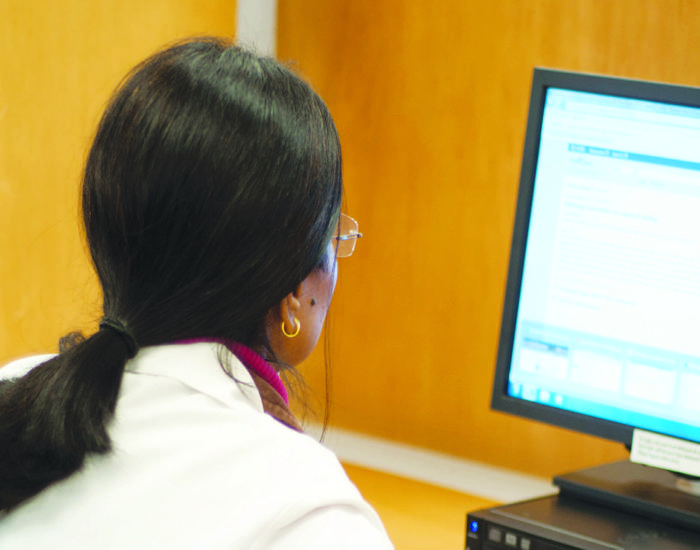 Healthcare costs in America are notoriously high. There are many factors in the high and increasing medical costs in this country, but the change to electronic medical records is often cited as a quick and easy way to shave off some administrative costs and reduce expensive mistakes.

This growing field has a rapidly expanding and quirky member, a company called Epic, headquartered in Verona, Wis. – and it may just hire you to further improve its health information systems.

Epic, formally Epic Systems Corporation, was started in 1979 by President and CEO Judith Faulkner. Epic currently has more than 5200 employees and continues its rapid growth – they expect to hire 1,000 additional people this year alone – ever since attracting the large medical group Kaiser Permanente as a customer in 2003.

When current rollouts of their software are complete, Epic’s healthcare systems will cover over 140 million Americans. They are also expanding into international markets in the Netherlands and Dubai.

Part of Epic’s growth was fueled by $22.6 billion in stimulus funds set aside by the American Recovery and Reinvestment Act of 2009, which incentivizes medical institutions to transition to electronic medical records. The unique company campus in Wisconsin sports a spiral slide for employees and is environmentally conscious, with 3600 geothermal wells for heating and 9000 solar panels spanning 20 of the campus’s 800 acres.

Neil Sandberg, a CWRU alum who graduated in 2010, took a position with Epic as a software developer after first meeting with a company representative at the career fair. When asked what Epic looks for in an employee and what CWRU graduates have to offer, Sandberg said, “Epic is looking for the best and the brightest, and a CWRU graduate is generally going to be well above average just because of the difficulty of the curriculum.”

Sandberg noted that Epic also looks for employees who will fit the company culture. “Generally, a CWRU student will share [Epic’s] values and priorities,” Sandberg said.

Epic currently serves 260 customers, including the Cleveland Clinic, with approximately 230,000 physicians using its software. Its projected revenue for 2011 was $1.1 billion.

Garrett Combs, another CWRU alum, was a management and music double major and took a position with Epic in Quality Assurance, where he tests software for bugs before it ships. Combs saw Epic’s posting on the Career Center website and was drawn to its booth at the career fair.

“They were looking for the right people because they are working with healthcare, and the safety of patients can be on the line,” Combs said. “It just seemed like the work Epic was doing was really in a position to make the world a better place.”

When asked what draws Epic and CWRU grads together, Combs said, “[Epic] is really a top-notch company that seeks out the best and brightest in different fields,” just like CWRU does. As for the famously quirky campus, “It was a geek’s dream come true,” Combs said, citing nerdy memorabilia and an available treehouse.

He noted that positions like his actively recruit from all backgrounds, and he’s even used his music experience. “I’ve performed at two different conferences of customers in front of some 2000 people and have done numerous performances for other events connected to Epic,” Combs said.

Meg Grady, a nutrition major who graduated in 2009, works as an implementer, traveling to clients to set up Epic’s software. She agreed that Epic provides an enriching work environment that caters to strong students like those at CWRU. Grady said that Epic recruits grads from all majors and backgrounds and looks for students with “good communication skills and an ability to learn quickly.”

Grady also agreed with Combs, saying that Epic allows and encourages the pursuit of other hobbies. “You definitely don’t have to give up the other stuff you enjoy doing,” she said.

Overall, many CWRU alumni have joined the Epic team, and their reports are all positive about the company’s atmosphere. The workforce is relatively young, according to Grady, which provides a collegial atmosphere that softens the transition to the job market. For more information on Epic and other companies that are hiring, visit the Career Center.