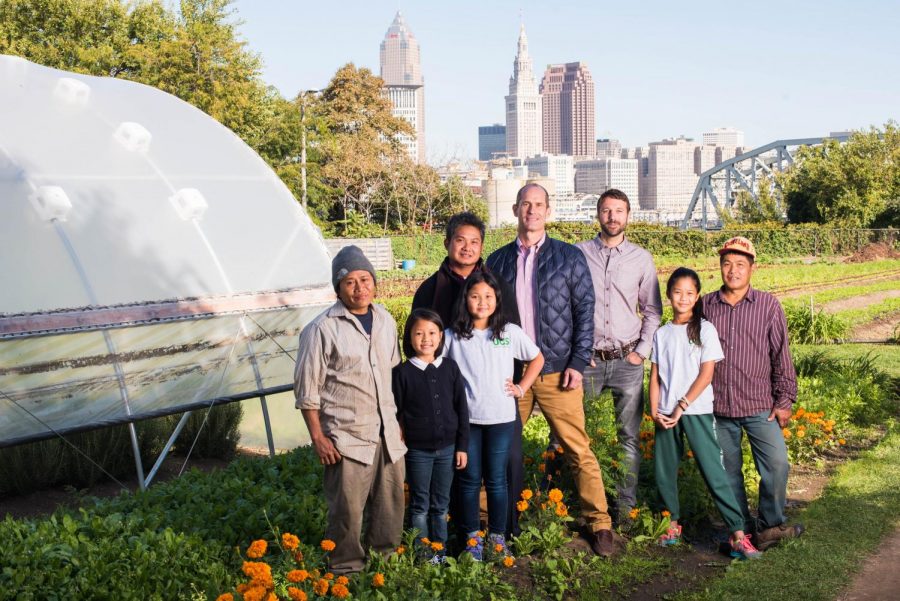 In 2018, 70.8 million refugees fled their homes. Law Kwah, a Burmese refugee who now resides in Ohio, did the same three decades ago.

He was born in 1973 in the “black zone” of the Karen State, where the world’s longest civil war broke out in 1948. He grew up in a war zone, where conflict between the Burmese government and guerrilla groups tainted his childhood.

“It was a very dangerous place. A lot of people were killed, raped and enslaved,” he said.

As a result, he spent most of his life on the move. Eventually, he and his family crossed the border into Thailand, where they resided in a refugee camp. His life soon became confined to the camp.

“Living in a refugee camp, you have no choices,” he said. “You cannot leave the camp to find work. You just stay in the camp.”

Though the camp provided rations, food security was still a problem, as he and his family “had no income.” It was not until 2007 that his family moved to the U.S. for a fresh opportunity.

When refugees like Kwah arrive in the U.S., they need a support system; that’s where The Refugee Response comes in. Two local Cleveland residents, Paul Neundorfer and David Wallis, founded The Refugee Response after having spent many years abroad supporting refugees in other countries in their resettlement processes. The organization provides youth/teen mentoring, employment opportunities on the Ohio City Farm and tutoring for adults. While Kwah never joined Refugee Response, other refugees like him are receiving resettlement support through the organization.

The Refugee Response’s mission is to empower “resettled families to grow roots, supporting them in becoming engaged, self-sufficient and contributing members of their new communities.”

They’re able to actualize this mission by supporting upward of 120 refugees every year. This past year, the program actually increased in size, because the United States government cut funding for refugee resettlement offices across the country, directing local refugees to this program.

Teen refugees face a new set of challenges, like college applications and career navigation. That is why The Refugee Response established a new program called Teen Response in February of 2019. This subprogram addresses the specific needs of teen refugees, who often need additional guidance.

Ibrahim remarked, “We help teens resettle by providing the kinds of support that will help our students to transition into a new culture, new language, new school and new ways of doing things.” Her ultimate goal is that students will use their “existing talents to contribute to the Cleveland community.”

Ibrahim notes that conflicts back in the teen refugees’ home country may interrupt their formal education. As a result, they may not have the right resources to help them succeed.

She said, “You can see how additional support may be needed for this group to navigate the system.”

Her job is to help refugee students meet all the requirements needed in order to graduate high school. Within Teen Response, Ibrahim has a variety of roles. Sometimes, she is a college counselor, walking refugees through every step of the application process. At other times, she is a tutor, helping students with homework in both the sciences and the humanities.  She can also function as a guidance counselor, addressing any challenges that students may run into.

Ibrahim added that the Teen Response Program provides after-school training to refugee students and their parents. In after-school training, The Refugee Response provides basic public speaking training, financial literacy seminars and even stress management classes. She often sees that language can be the biggest challenge for students, so she gives them an opportunity to speak in front of others.

Ibrahim brings in speakers from different professional fields to encourage career exploration. She hopes to give students broad exposure to different career paths so that they will not feel confined to one or two paths.

Cultural exploration is also necessary. From potluck dinners to discussions on culture and identity, Ibrahim and others also create a safe space for teens to make connections between their native cultures and American culture.

Ibrahim said, “We want to support them in being able to share their culture with others. It’s more like a cultural exchange.”

She also emphasizes the importance of establishing a safe space when discussing cultural differences. Otherwise, she notes that the students often would “clam up.”

Through these efforts, Ibrahim hopes to sustain students’ rich cultural backgrounds while also improving their understanding of American culture.