CWRU Bookstore and Dunkin’ to relocate off Euclid to smaller locations 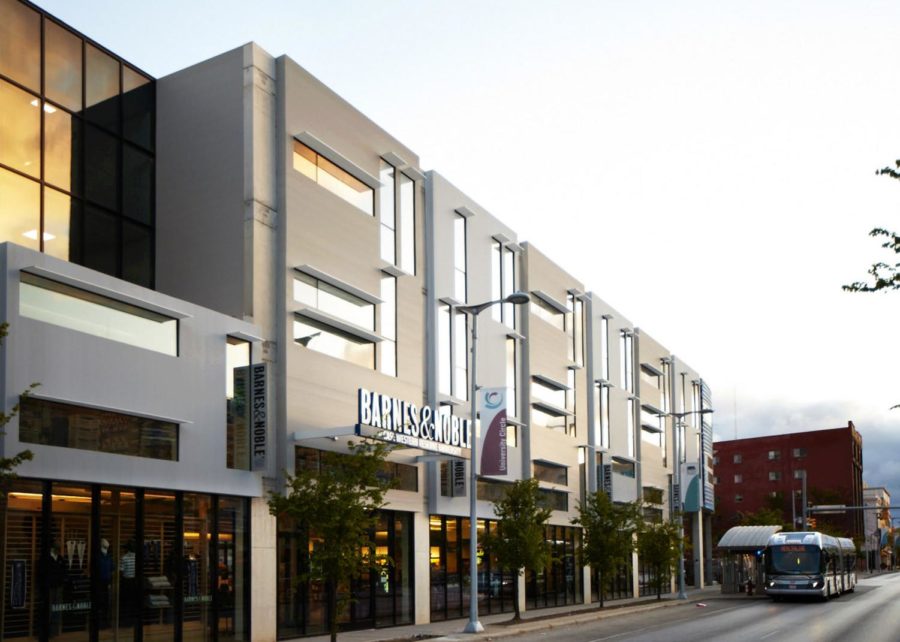 Ten years after its opening, the beloved University Bookstore on Euclid Ave. finds a new home at 11434 Uptown Ave.

The Case Western Reserve University Bookstore and Dunkin’ plan to permanently relocate from their Euclid Ave. locations. The bookstore had been in its Euclid location since March 2012, moving from the Thwing Center. Now after 10 years, it will shift again. The relocation will begin as soon as the start of spring break, Mar. 4.

The University Bookstore, operated by Barnes and Noble College, will not renew its lease at its current location. It plans to move to the former ABC Tavern space at 11434 Uptown Ave., a location that CWRU owns across the street in the Uptown district. The bookstore plans to close on Friday, Mar. 4, at the end of the business day and reopen Monday, Mar. 14, at its new location.

The bookstore will carry most of its products and services as it did before, including the Apple Store. However, the new bookstore itself will be much smaller. CWRU asserts that this change mirrors the current industry and consumer preferences, such as “virtual and hybrid stores,” which they claim will require less space than current operations. CWRU merchandise and trade books will still be sold at its new location, but most other books will no longer be available for sale.

Dunkin’ will similarly close on Friday, Apr. 15, and reopen by the start of next semester in the Tinkham Veale University Center. Dunkin’ will replace the current kiosk occupied by the Cool Beanz coffee shop and will continue to accept portable swipes.

“Our intent is to at least have it [the menu] remain as is and, if space allows, possibly add [new] offerings,” said Beth Nochomovitz, CWRU’s Director of Auxiliary Services. “Dunkin’ continually revises its menu.”

The current location of the bookstore and Dunkin’ will be leased to new retailers. As of now, CWRU has not said who they may be.