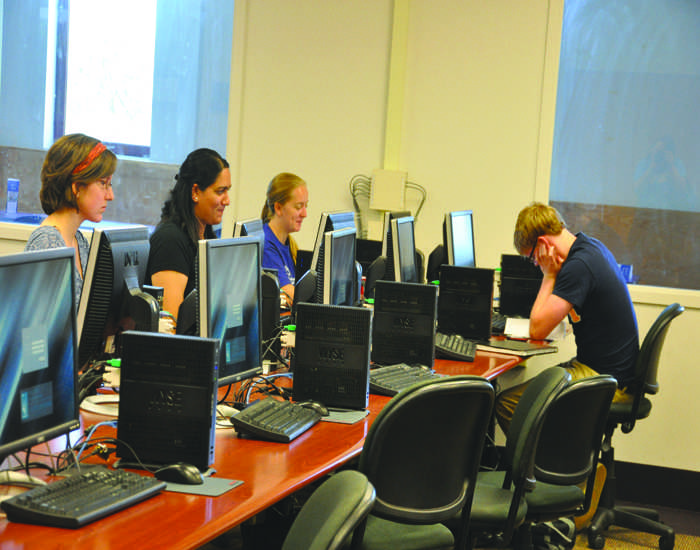 The beginning of the academic year often includes a period of time in which the final touches are still being put on various new programs across campus. This year, students came back to campus with what many would describe as a recurring issue – problems with wireless connectivity across the Case Western Reserve University campus.

On campus, two main wireless logins allow students, faculty, and visitors to access the Internet on their computers, tablets, and cell phones. CaseWireless is the service which connects the internal CWRU community members to the Internet remotely. The service requires users to log in using their Case IDs and passwords to connect to the internet as registered users.

CaseGuest, which used to be CWRU’s main wireless network, still allows those on campus to connect to the Internet. Its main function now is to permit those without CWRU usernames and passwords to access the internet.

Since the beginning of the semester, individuals across campus have spoken out about their dissatisfaction with the services, particularly during peak usage hours at night in residence halls.

According to the CWRU Information Technology Services (ITS) website, help.case.edu, CaseWireless is an encrypted and safe service, as compared to CaseGuest, which is unprotected. In addition, the website also says that “using the CaseWireless network ensures your ability to reach secure resources such as the Software Center and library databases.”

Nevertheless, those on campus often find themselves switching between networks depending on which appears to be running faster at any given time, leaving many people frustrated and dissatisfied with the service.

In addition, the blue Ethernet cords are provided to students free of charge by ITS during their first year at CWRU. Students looking to obtain one can go to the ITS office located on Bellflower Rd. near the North Residential Village.

According to help.case.edu, “The CWRU wired network operates at speeds up to one Gigabyte per second. It consists of both fiber optic and Category 5 Ethernet ports for both data and voice.”

“The network is available to the faculty, staff and students through the use of the ports on distributed faceplates,” the site also says.

CWRU has been engaged in a plan that has spanned multiple years to update old wireless access points across campus. According to ITS, the $5 million project is near completion in all but a few areas of the Village at 115. The installations of the remaining access points are currently being coordinated with CWRU Student Affairs.

According to Mike Kubit, the Director of Run for ITS, “In order to minimize the impact on our customers, the scope of this phase [of the update] required that the network remain live while the upgrade was taking place. Therefore, legacy access points along with their new replacements needed to stay fully operational.”

He continued, “A problem was recently encountered when it was discovered that controllers with different software versions had problems handling mobile clients roaming from one access point to another as users moved around campus, resulting in devices being unable to obtain IP addresses on the wireless network.”

Kubit also said that a fix to the problem was applied on Thursday, Aug. 30. He also noted that the next phase of the wireless project for ITS is to target areas that currently have poor coverage or a high concentration of users in a single area. This phase of the project is already in progress.

ITS encourages students that are having wireless network problems to contact the ITS service desk at 216-368-HELP. According to ITS, the more information that can be given, the more effectively resolutions to current connectivity issues can be made.