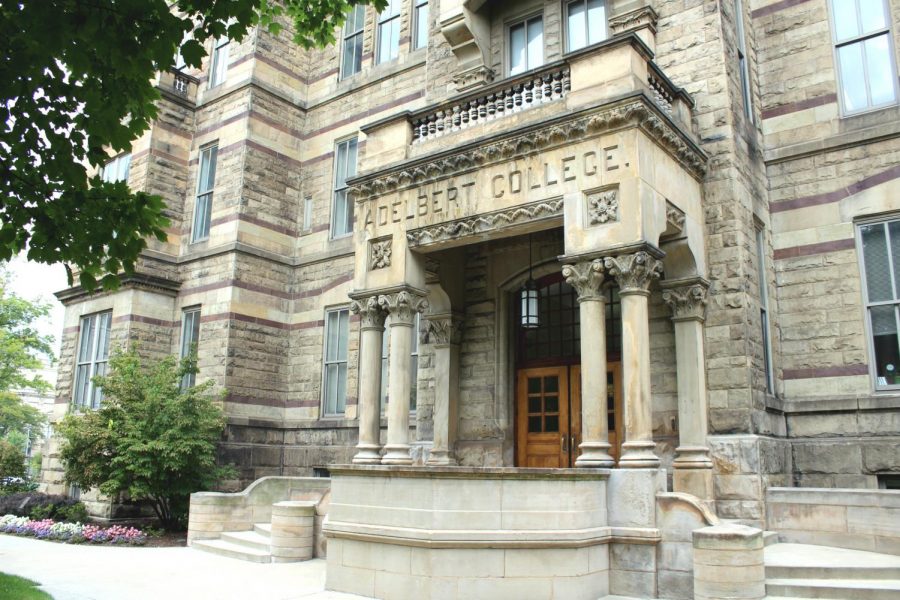 In an article released in the Daily this morning, Case Western Reserve University announced the closure of campus from 7 p.m. tonight (Tuesday, Jan. 29) until 7 p.m. on Thursday, Jan.  31 due to extremely cold temperatures.

All classes scheduled during those times have been canceled. The residence halls and student dining facilities remain open, however, the food court and Michelson & Morley restaurant in the Tinkham Veale University Center will be closed. The campus shuttle service, known as “Greenies,” and Safe Rides will run on normal schedules. Both the Veale Convocation, Recreation and Athletic Center and the Wyant Athletic Center will be closed.

The Daily also stated, “Those students and faculty scheduled to be at clinical sites, evening courses or with other special circumstances tonight or Wednesday night will receive specific guidance from their schools, departments and/or professors later today.”

Earlier this morning, the Cleveland office of the National Weather Service (NWS) issued an urgent winter weather message for the northeast Ohio region. This included a Wind Chill Warning from 1 a.m. Wednesday until 4 p.m. Thursday.

A Wind Chill Warning has been issued for all of northern Ohio and NW Pennsylvania from this evening through Thursday afternoon. EXTREMELY DANGEROUS cold temperatures with wind chills in the -25 to -40F range are expected over the next couple days. #OHwx #PAwx pic.twitter.com/78iMhs7OCc

The NWS predicts wind chills will be as low as 35 degrees below zero. They also stated that “winds 10 to 25 mph across the area with gusts to 30 mph will produce wind chills values of 25 to 35 degrees below zero.” Temperatures on Wednesday are not expected to break single digits with wind chills not expected to be higher than 10 below. In some areas, the temperature may not be greater than 0 degrees for the first time in 25 years.

What are the longest stretches of BELOW ZERO temperatures in northern Ohio? pic.twitter.com/vDi3cfoRCH

Anyone wanting to travel outside is advised to dress as warmly as possible and cover all exposed skin. With wind chills as low as predicted, frostbite can occur in as few as 10 minutes.

So what is a polar vortex exactly? Here is a quick visual and summary to explain why extreme cold air is moving in this week. pic.twitter.com/53z98oSgu8

An alert via the campus’s emergency notification system, Rave, was issued this afternoon with information regarding essential employees, time entry and payroll. Any additional notifications will be sent out over that system.