Anna Galipo: Bias and the basement

What’s really going on in Thwing 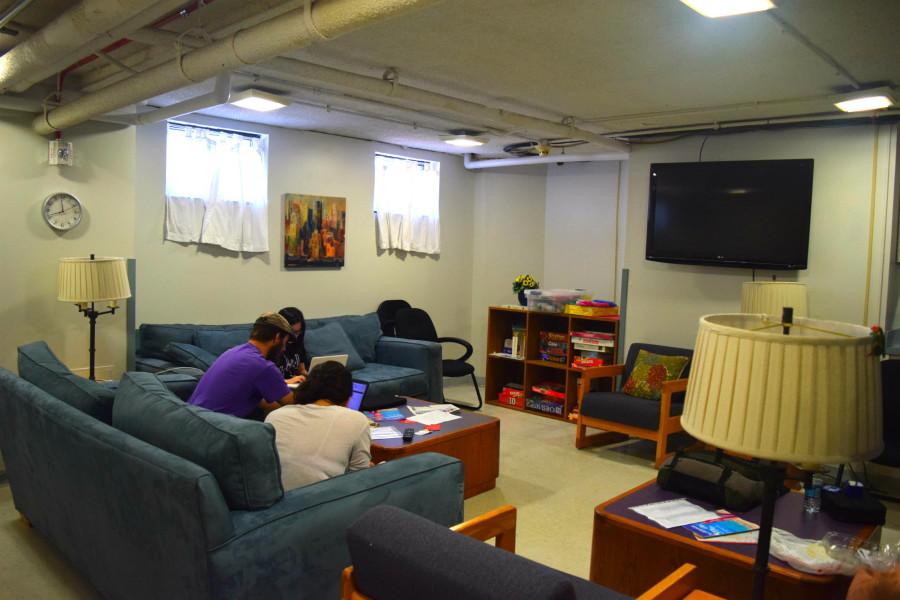 The only Commuter Lounge is located in the basement of Thwing.

Every day that I commute to campus, the first thing I do is walk behind the Thwing Center, down a small, stony stairway to the basement. I swipe in, turn on the lights and hope that I don’t step on a cockroach. The basement is cold, dingy and in very bad shape. The floor is dirty and the pipes on the ceiling are exposed. Most Case Western Reserve University students would cringe if they had to spend the day there. The space is completely unappealing, but this is the only place where I can sit on a couch, watch some television and put my things in a secure locker. It is the only commuter lounge on campus.

The commuter lounge has been around for years, yet no one really knows about it. It is hidden with minimal signage pointing to it. Most commuter students are not even aware of the space.  This is part of the reason why the Commuter Student Association (CSA) is struggling so much.

“We have the problem of making freshmen aware of the space, but also upperclassmen too,” said Barnabas Brennan, president of the Commuter Club. The club was created to hopefully one day merge with the CSA and receive desperately-needed funding for the space. Availability of funds is so poor, in fact, that most commuter students do not even get to take advantage of the mandated “activity fee” all students must pay at the beginning of every semester.

“All of our budget has been eliminated as Commuter Services has been tossed around between departments,” says Brennan. The simplest of needs, such as napkins, plastic silverware and soap are often very difficult to receive. Most students end up just bringing their own from home.

Things have become even more difficult this school year. The lounge was once divided into two rooms: a social area with television, couches and some board games and another room where students could get homework done. Commuter students previously had access to both rooms.

Only one of those rooms is available for use. Contrary to other reports, the room that is currently being used for storage in the basement of Thwing was not left vacated. It was used as a quiet study space for commuters, complete with desks, furniture and computers. It stayed this way for years, with commuters being the only ones allowed access to the room. There was never any storage in the room until this past summer. Just last spring semester, I was in there when it was a study room.

“Now those who [did] use the space are suffering, which doesn’t encourage new people to use it, either,” says Brennan.

What is most ironic is the fact that Undergraduate Student Government (USG) is currently allowing its groups to use the room for storage while the CSA, also under the jurisdiction of USG, can no longer use the room.

While it may seem trivial to most students who live on campus, these problems are very real for students who must commute to campus, especially those who take public transportation and cannot simply come and go as they please.

“[The lounge] serves as a private study space as well as foster[s] socialization with peers and upperclassmen, a struggle for many commuters,” says Brennan.

Unfortunately the university does not seem to recognize this. Essentially students who are paying the same amount for their tuition as other students are not receiving benefits that they are entitled to. A decent amount of students who do not live on campus do so because their financial situation does not allow them to. The commuter lounge, then, is the only space that is available to them consistently.

Even then it is always lacking the basics. There is no running water in the winter because the pipes freeze, supplies are always scarce and the place is quite filthy more often than not, to be completely honest.

From the perspective of most commuters, USG and the university are most concerned with those students who live in on-campus housing.

Anna is a senior English and political science major.