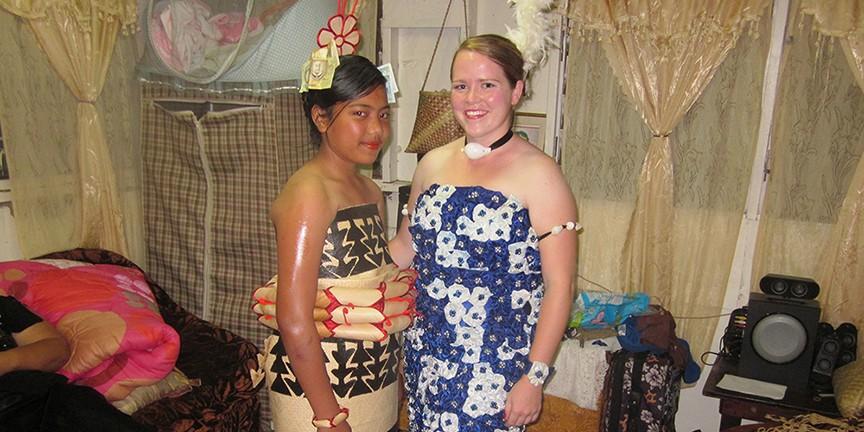 In the middle of the night of Oct. 14, 1960, soon-to-be-President John F. Kennedy stepped up to the podium at the University of Michigan student union. He was visibly worn from a long day on the campaign trail. Tensions, as expected, were high. Yet to everyone’s surprise, instead of shamelessly pleading for votes, Kennedy posed a question to his young, 10,000-strong student audience.

The challenge, relatively unheard of until then, prompted the signing of Executive Order 10924, and, subsequently, the birth of the Peace Corps.

Fifty-three years later, we have been transported back to the era of that speech. Case Western Reserve University graduates are still asking themselves these same Kennedy-esque questions as they make the decision to use their pre-medicine training, science or humanities degrees for worldlier, slightly off-the-beaten-path purposes.

This year is the third in a row that CWRU has been listed on the Peace Corps’s annual list of top volunteer-producing colleges and universities. With 15 alumni currently serving as Peace Corps Volunteers (PCVs), CWRU placed 18th on that list. Oberlin College and Conservatory, Kenyon College, and Denison University are the only Ohio schools that outrank us at number 4, 7, and 8, respectively.

Since the Peace Corps’s inception, CWRU has produced 168 of the organization’s more than 210,000 volunteers. Taking into account the university’s small population and mostly science-centered curricula, this is no small feat.

Carrie Hessler-Radelet, acting director of the Peace Corps, attributes CWRU’s top-ranking status to its student body of “creative and collaborative thinkers” who “return from service as visionary entrepreneurs.” The Peace Corps seems to fit well with CWRU students future- and career-oriented mindsets. According to Hessler-Radelet, “It’s a great way to launch a career or energize a second part of your life.”

“The Peace Corps appeals to people who want to make a difference in this world and have a good sense of humor,” explained Hessler-Radelet.

Recent graduate Jack Cheng describes his developing role as a PCV in his personal blog. “As volunteers, we are not here simply to give answers and solutions,” he wrote. “Instead, we provide questions and guide members of the organization to their own solutions or teach members skills that they can apply to their work in their organization. This ensures that the change or solution will be more likely implemented and sustainable.”

Another May 2010 graduate, Saeed Rahman, earned his degree in chemistry and biochemistry and is currently working to promote sustainable health-related projects in Cambodia. In a statement, he described his CWRU-related motivation for continuing service.

“CWRU helped prepare me for international service through its own dedication to creating service opportunities for its students,” he said. “I was involved in Habitat for Humanity and Engineers Without Borders when I was at school there, which helped assure me that I wanted to continue serving after graduation.”

Like Rahman, current students are still putting themselves out there and getting seriously involved in service. Through resources such as the Center for Civic Engagement and Learning and Greek organizations with service requirements, students are discovering endless opportunities to help others, and realizing they enjoy it.

CWRU upperclassmen hoping to join the prestigious ranks of the PCVs can attend the next Peace Corps Information Session, to be held Feb. 25 at 4:30 p.m. in Sears 354. Led by Cleveland-based recruiter and returned Kenya volunteer Annabel Khouri, the session will give interested students the chance to demystify some of the more illusive aspects of service.

In his blog, Cheng expressed a sentiment that most CWRU students have yet to experience. He wrote, “I’ve grown to like taking things slow.”