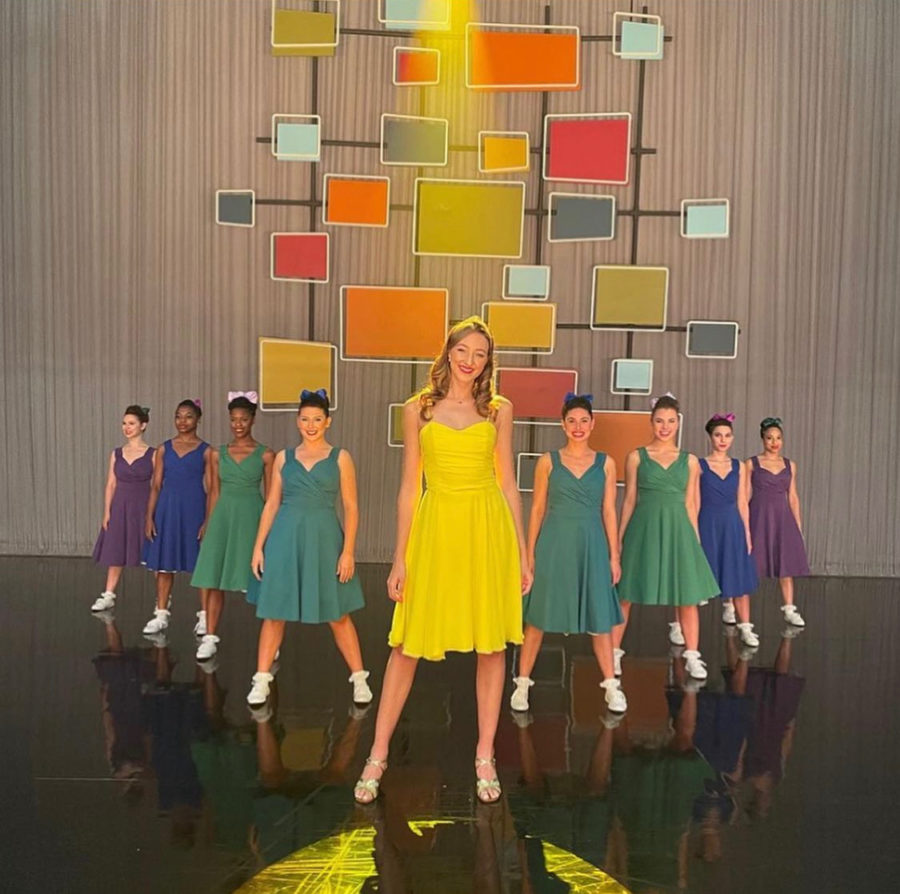 This past Friday, Feb. 11, Netflix released the heavily anticipated sequel to the Netflix film “Tall Girl,” “Tall Girl 2.” Among the distinguished cast of actors was Case Western Reserve University dancer Ahmari Vaughn. This is Vaughn’s second major project, her first being an appearance in an episode of the 2021 series “Sacrifice.” Vaughn makes her official Netflix debut as a dancer in “Tall Girl 2,” in addition to acting in several major scenes.

Vaughn considers this opportunity extremely formative to future roles as a dancer in films and television. She spoke at length about how her connection with the film’s choreographer, Maya Taylor, helped her to network with established and respected names in the dance and film industries to secure a role in “Tall Girl 2,” explaining that the dance world really is all about connections, inside and outside of auditions.

After being cast in the film, Vaughn describes the filming process as long and grueling—but overall a unique and valuable experience for which she is extremely grateful. The many long days and nights “became challenging because I was juggling school at the same time … Set days were between 10 [and] 12 hours … [but it] was definitely great meeting new dancers and networking. Hearing about their journeys and learning from their experiences is always beneficial as a newcomer to the industry.”

Despite self-identifying as a newcomer, Vaughn is no stranger to the world of dance performance. Beginning her dance journey at the age of two, she now continues her dance education at CWRU as a third-year dance major. Some of her most inspiring and formative dance experiences include performing in a Debbie Allen production and working with esteemed choreographer Ronald K. Brown.

Vaughn emphasized that this month-long experience made her excited to continue working in commercial dance, where the pace is thrilling and the opportunities to meet inspiring fellow artists are plentiful. However, she mentioned that the feeling of exhilaration as the curtain rises on a live performance cannot be replicated in film work.

In her time at CWRU, Vaughn has seen tremendous growth as an artist, discovering and cultivating her own creative vision in choreography courses in addition to rigorous weekly technique classes. She is also a very active participant in IMPULSE, CWRU’s improvisational dance club, which teaches improvisation techniques to participants, many of whom are not otherwise affiliated with the dance department. She has enjoyed bringing her own choreography and leadership ability into the club, often leading meetings.

Beyond the technical skills required for dance, however, Vaughn emphasized the importance of attitude and self-presentation as an artist in a field that requires intense competition and perpetual audition cycles to book jobs. Her most useful piece of advice within this realm has been to have “a positive attitude … whenever you walk into a room.”

For Vaughn, working on “Tall Girl 2” has solidified how crucial it is to continue networking with fellow artists and always dance as fully as possible, regardless of what the occasion may be. In a few words, she believes fellow dancers should make it a priority to “dance your best, even in rehearsals.” This “will help you develop into a stronger dancer” while demonstrating diligence and commitment to the art.

In terms of career aspirations following the completion of her undergraduate degree at CWRU, Vaughn would love to continue performing onstage and on screen in films and television, with the dream of performing in Broadway pieces such as “The Lion King.” As far as continuing in commercial dance work, she hopes to tour and work creatively with musical artists, possibly even being featured in music videos.

At CWRU, you can find Vaughn dancing in person in “Imagatorium,” one of two spring concerts this semester which will run April 7-10. Until then, her work in “Tall Girl 2” is available to stream on Netflix now.