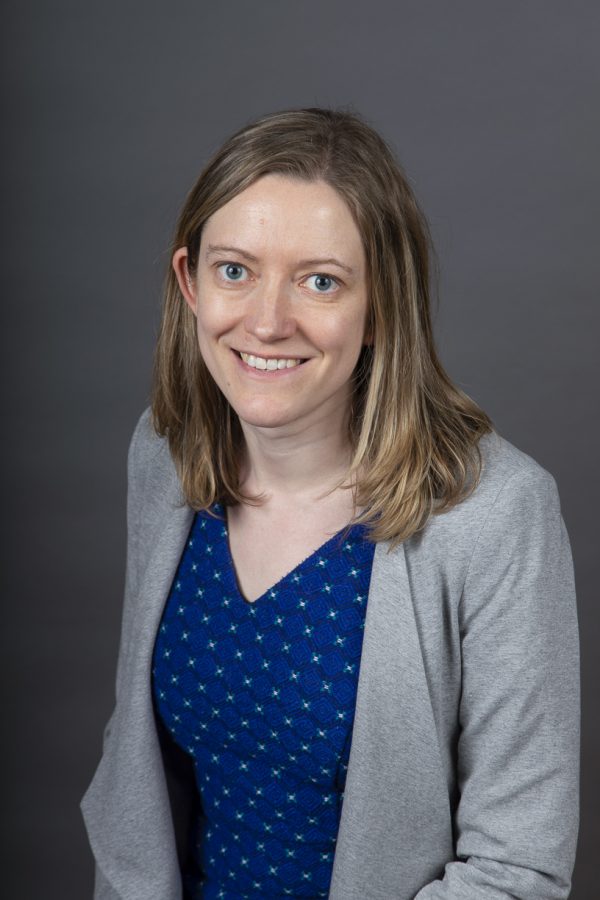 Professor Maggie Vinter's book “Last Acts: The Art of Dying on the Early Modern Stage,” discusses the theatricality of death in the Elizabethan era

On the wall of Associate Professor Maggie Vinter’s office in Guilford House, there is a poster showing all 64 deaths in playwright William Shakespeare’s tragedies. Vinter’s debut book, “Last Acts: The Art of Dying on the Early Modern Stage,” describes how these deaths and death in other works of the period offered an important avenue for people to practice dying in the right way.

“It’s a universal human problem,” said Vinter, an associate professor in the Case Western Reserve University English department. “Everyone is terrified of death. Everyone wants a way to understand it.”

Death, though universal, is unknown. No one has come back from death and said what it is like on the other side. Practicing death through the theatre and other art forms is an attempt to make death more effable.

Vinter said that people in early modern Britain viewed all death as active processes, where the person dying had to take action to die properly. Even someone who was comatose and unresponsive to the outside world could be waging a great spiritual battle.

“If you don’t look like you’re doing anything,” said Vinter. “You could still be doing something internally that, in their point of view, is the most important action you can take.”

Early modern Britain produced many manuals about how to die properly. Dying was thought of as a cultivated skill, like needlework, that could be improved with practice. Dying would be practiced throughout someone’s life; you were supposed to contemplate death, get comfortable with the idea, live as if you were dying and then think about how you would behave on your deathbed to make a good end.

“Like a lot of societies, the Elizabethan and Jacobean societies reached for religion,” said Vinter. ”They reached for these promises that Christianity makes that if you live a good life and die well you can go to heaven.”

Vinter used Shakespeare’s “Hamlet,” a play where almost every main character dies as an example of the Elizabethan thoughts around death. Many people were terrified of sudden deaths, because they would leave someone unable to make amends and receive their last rites. The deaths in Hamlet in particular offer many examples of characters dying without the ability to make proper preparation. However, you still see characters try to make amends before death. Laertes, Hamlet’s friend who is poisoned to death toward the end of the play, is an example of a character desperately striving for forgiveness in his final moments.

“The last thing Laertes says, is ‘Exchange forgiveness with me, noble Hamlet. Mine and my father’s death come not upon thee, Nor thine on me.’ You can see he’s like, oh crap, I need to do my accounting,” said Vinter. “I need to get good with God, which means I need to get good with Hamlet. He’s trying in that last minute to fit in a moment for forgiveness so he can get into heaven.”

The art of dying is often lost in the modern world, though Vinter mentioned that David Bowie’s last album, “Blackstar,” is an example of a recent artist using Elizabethan death tropes. Mostly, death is now constrained to hospitals. Instead of being seen as a natural outcome, it is often seen as a failure of medicine. Vinter argues that this has given people more freedom in how they deal with death, but freedom comes with new challenges.

“If someone died in the 16th century, you knew what to do. These are the actions I have to do, this is how I have to dress so everyone knows I’m grieving and the community will come around me in these ways, and now we’ve lost some of those scripts,” said Vinter. “It’s more improvised, which is freeing, but at the same time more challenging.”