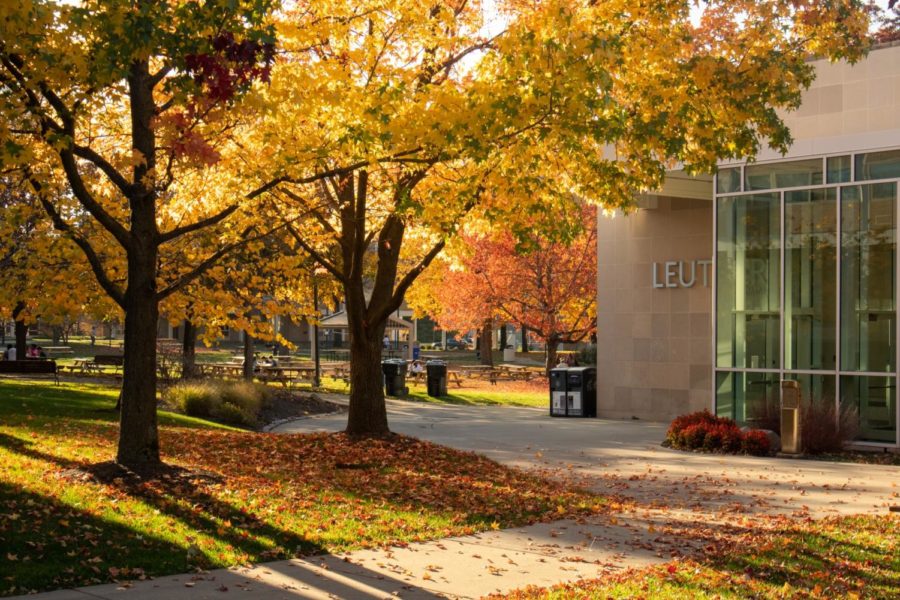 The methodology used to determine the university ranking accounts for several different factors, including “Graduation and Retention Rates,” “Social Mobility,” “Graduation Rate Performance,” “Undergraduate Academic Reputation,” “Faculty Resources” in the previous year, “Student Selectivity” for the previous year’s entering class and more. Each category is defined by a number of different metrics, which are outlined further in the U.S. News and World Report website.

Students and professors have had varied reactions to this change in ranking.

“We are motivated by interacting with students, not by a ranking,” said Dr. Nicole Crown, an assistant professor of biology. “It changes nothing about how we teach.” She then explained that parents see the ranking as an indicator of what university they should send their children to, and that administrators see the ranking as indicative of how competitive a university will be when it comes to student admissions.

“I think education is far more about the relationships you develop and the mentoring you receive,” said Dr. Crown. When asked about what students should look for when applying to college, she said, “It’s worth applying to schools based on if you want to go there or not, then decide based on factors like tuition.”

The nursing program rose to No. 5 from its No. 10 in the previous year, and is now tied with University of Washington, University of North Carolina at Chapel Hill and Ohio State University.

“Students from our program are very successful,” said Dr. Beverly Capper, the Director of the BSN Program at Frances Payne Bolton School of Nursing at CWRU. “We have great faculty that support them in their learning.”

The nursing program also benefited from the move to the Health Education Campus (HEC), giving it access to state-of-the-art labs.

“There is much more space and technology to do the skill labs,” said Dr. Capper. “We do a lot of collaborative experiences with medical and dental students and social workers.”

The nursing program also offers students the opportunity to gain around 1,300 clinical hours beginning in their first semester at CWRU.

“We care very much that they have the skills to go in and practice safely,” said Dr. Capper when asked about the goals of the program.

The engineering school remained at No. 45, with many of the other program rankings hidden behind a paywall.

CWRU also holds the No. 22 ranking in Undergraduate Research/Creative Projects, tied with Agnes Scott College, Bowdoin College, Dartmouth College, Hope College and Swarthmore College. This ranking was determined by the results of a peer assessment survey conducted by U.S. News of college presidents, provosts and deans, in which they were asked to nominate 15 schools that demonstrated excellence in the category.

“I don’t think it changes the quality of my education, but it slightly changes my view of the school,” said fourth-year psychology major Gianluca Baglioni. When asked if he kept up with CWRU’s ranking after he began attending college, Baglioni responded, “Not anymore, but I remember back in high school I looked at college rankings.”

As with any ranking system, it is always important to understand the methodology and that no ranking is definitive—all of them prioritize certain factors over others in ways that can be nebulous. The U.S. News university rankings should not be the sole factor in determining what school to attend.