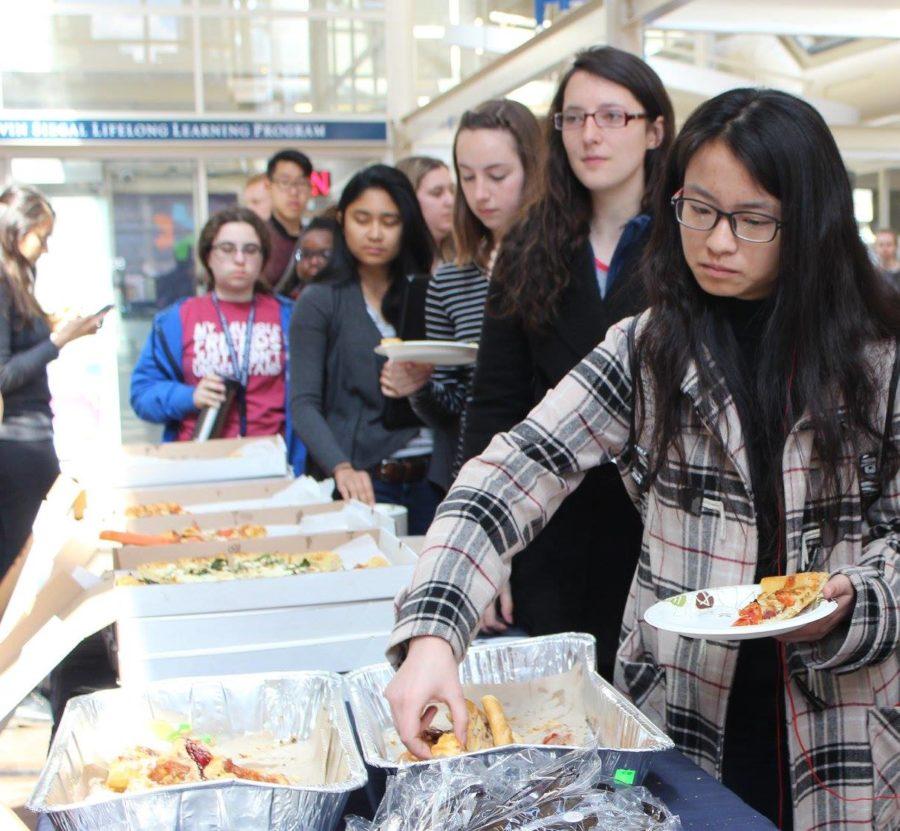 The Food Recovery Network co-sponsored Thwing Tuesday, and served food that would have otherwise been wasted.

Do you live to eat or eat to live? Although everyone needs to eat, according to many campus groups, Americans don’t give enough thought to where food comes from. These campus groups are attempting to get people to slow down, eat quality food and become educated on the issues surrounding food, including environmental issues. As part of this effort, campus organizations have organized Food Week, a week-long celebration of food and all it has to offer.

Food Week began after Shadi Ahmadmehrabi, a fourth-year student and leader of the Food Recovery Network, saw the redundancy of efforts organized by different campus food awareness groups. To address this, she began Food Forum, a conglomerate of food awareness groups. With representation from Slow Food at CWRU, Food Recovery Network, Food Law and Policy Society, Advocates for Cleveland Health and University Food Committee, Food Forum seeks to achieve food-related goals on campus. “Eventually, we decided we wanted to work together to put on one epic week of events,” said Ahmadmehrabi. Bringing together fresh food and fresh perspective, Food Week unites the goals of existing campus groups.

Fourth-year student Kristen Ruckstuhl, the president of Slow Food, said “the goal of Slow Food is to bring people together around food in order to preserve the cultural diversity of various cuisines, to slow down and enjoy meals in the company of loved ones and to foster a discussion about the journey of farm to fork.”

On Wednesday night the documentary “Just Eat It” educated viewers about food waste alongside free popcorn from Campbell’s Sweets Factory and free soda from Old City Soda. On Thursday the Food, Law, and Policy Society was scheduled to inform students on the quad about the promotion of food-based policy. “We decided to center this week around a lecture by Eric Holt-Giménez, an expert on food issues whom the Baker-Nord Center is hosting through a grant led by Nárcisz Fejes, SAGES Fellow,” said Ahmadmehrabi. The talk on inequities in the food system was scheduled for Thursday afternoon.

The week concludes with a showcase in Nord by the Advocates for Cleveland Health, an organization focused on public health, and a donation day at Uptown’s Simply Greek restaurant. “They are generously donating 20 percent of their profits on Friday, April 15, to the [Cleveland Food Bank], and they also use ethically-sourced ingredients such as Creekstone Farms beef,” said Ahmadmehrabi. “These are the types of values we want to see in our food system.”

“For me personally, learning about food issues has been really interesting and has changed my perspective on the most mundane things like going to the grocery store or buying coffee,” said Ahmadmehrabi. Food Week gives all students and faculty the opportunity to get a literal taste of food issues that exist not only on our campus but all over the world.