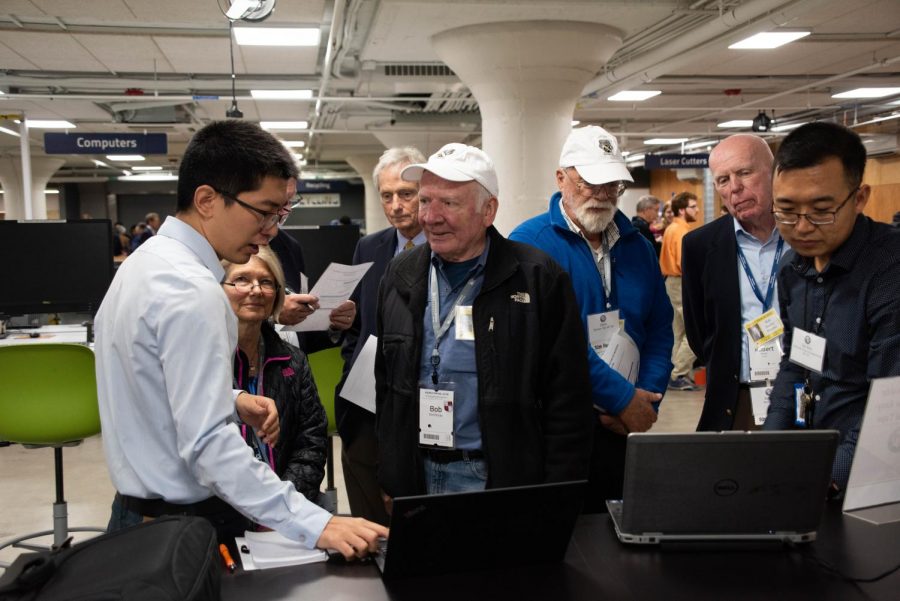 “We design, build and race off-road vehicles. Each year, we go to three SAE sanction competitions,” said Barrueta. “This year, there [are] going to be [competitions] in California, Tennessee and New York, and we’ll either drive or fly out there.”

The cars are judged on factors such as acceleration and maneuverability, with the finale being an endurance event. The endurance event is a four-hour race where the cars maneuver around hills and logs, and it ends when at least one of the vehicles reaches the specified distance. Although the engines, shock absorbers and tires are standardized for every vehicle, the rest of the car is designed and built entirely by the team.

“The main thing that we look for is getting as close to the constraints of the rules [as we can], because typically that means we’re going as light as we can,” said Barrueta. “The other thing is our suspension plays a key role in maneuverability and being able to withstand all of the hills and logs that it has to go over throughout all of the courses.”

The award of Best Student Group went to the robotics club, CWRUbotix, led by fourth-year President Rhys Hamlet. The winners of the Best Startup/Student Project were Donghui Li and Zhe Ren, both doctoral students. They designed an adhesive bandage which, once exposed to ultraviolet light, allows it to peel off easily with substantially less force than that of a typical bandage.

“For those patients who have softer skin, the surface of the skin or hair could possibly be peeled along with the medical tapes, which could cause serious skin trauma,” said Li. “With the help of the photoswitchable adhesive, the peel force can be decreased by over 50 percent.”

After the ShowCASE was the Alumni Awards Presentation, which recognized some of CWRU’s most distinguished alumni. This included former Professor Tom Kicher of the Engineering Department, who has taught for more than 40 years. Having received his bachelor’s, master’s and doctoral degrees all from CWRU, he served as the first Dean of the Case School of the Engineering and was awarded the Silver Bowl, the highest honor given by the Case Alumni Association.

The alumni foundation has played a key role in funding scholarships and equipment, donating $1.9 million from grants from the foundation’s 250 endowed funds during the 2017-18 fiscal year. The All-Classes Celebration serves as a token of appreciation to all the alumni who have supported the university and its students.