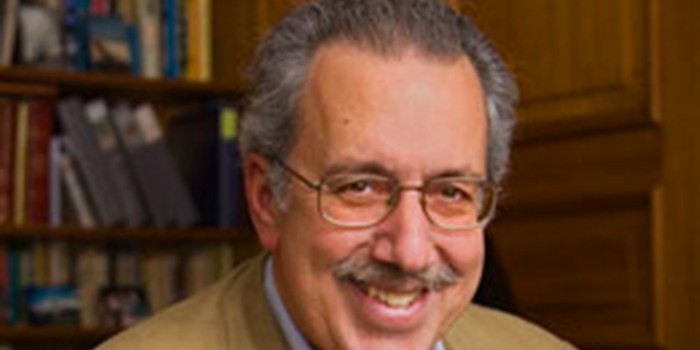 Case Western Reserve University has always been known for employing teachers who are at the forefront of their fields. Distinguished University Professor Richard Boyatzis of the Weatherhead School of Management was recently named the ninth most influential thinker worldwide.

“How did I get on this list?” Boyatzis humbly remarked when he found out. “These people are huge in the field.”

Boyatzis’s interest in the human resources field started when he decided to leave the aerospace field and go into management. He discovered an area of study called organizational behavior, which is the application of psychology, sociology, and anthropology to the human element of organizations.

“As I got more into it, what I realized is what I really loved was the psychological aspect of it. That’s why when I got my PhD at Harvard it was in psychology,” said Boyatzis, “It was in a multidisciplinary program, so I also had to pass all my doctoral exams in cultural anthropology and sociology.”

In 1970, Boyatzis started his research, mainly focused on competencies, which involve the things that distinguish people who are especially good at something compared to others.

“People in organizations have been wanting to answer this question for a hundred years, because they want to know who to hire, who to reward, who to promote, who to encourage, and who to get rid of,” explained Boyatzis.

“The more enlightened they are, the less they think of it just as what your family connections are and the more they think about it in terms of what you are delivering to the organization that helps customers or clients.”

Boyatzis’s work did not go unnoticed. Though it was a radically new way to think when he and his company, McBer & Co., developed the idea of competencies in the 1970s, by the 1990s, it became the basis for human resources development in most organizations.

Because of this revolutionary idea and his research book published in 1982, “The Competent Manager: A Model for Effective Performance,” Boyatzis became rather well known among people in the human resources field.

At the same time, Boyatzis was also researching on how to help people change, starting first with graduate students while he was an undergraduate at the Massachusetts Institute of Technology, then devoting time in the 1970s to working with alcoholics and drug addicts. By the end of the 1970s, Boyatzis found that this work was becoming increasingly difficult, so he tried to focus on leadership management development.

“By the time I came to Case Western Reserve and started my academic career as a full-time professor in 1987, I was pretty far down along the path. The work really focused here on how to help 25 to 65 year olds develop,” said Boyatzis, “What we’re looking at in particular is how to help them develop these competencies that distinguish the outstanding performers in all these lines of work.”

In 1996, Boyatzis’s former Harvard classmate Dan Goleman published a book, titled “Emotional Intelligence: Why It Can Matter More Than IQ.” Goleman asked Boyatzis if they could work on research together. They, along with one of Boyatzis’s former PhD students, Annie McKee, collaborated on a book about the development of emotional intelligence, with a focus on leadership, titled “Primal Leadership: Learning to Lead with Emotional Intelligence.”

The book, published in 2002, was an international bestseller two weeks before it was released and was on The Wall Street Journal top 20 list. It is printed in 28 languages and has sold just under one million copies worldwide. It also included a section about longitudinal studies that Boyatzis had been conducting here at CWRU.

“One of the things that was a kick for me was in saying to people, when you think about this with leadership, you really can change this stuff,” said Boyatzis excitedly.

Boyatzis has continued his research here at CWRU to this day. He is conducting 26 longitudinal studies on how 25 to 35 year olds develop, focusing on development of aspects critical to management professions.

“Compared to the amount that people improve on these things in most masters programs, most MBA programs, our percentages are showing 60 percent improvement on behavior in two years versus two percent in most programs,” detailed Boyatzis. “It’s holding out – it levels off at about 50 percent improvement seven years out, whereas other programs are even below that.”

Boyatzis enjoys teaching at CWRU, not only because of his enjoyment of teaching, but also because it helps him in his research.

“I study stuff about people in a setting where I like to see whether or not I can actually use it,” explained Boyatzis “That means I’m going back and forth between basic research and applied research. The applied research usually happens in a context of programs where you’re trying to help people, and by extension, teams, organizations, and communities, change.”

While at CWRU, Boyatzis has written two additional books about leadership, written several articles in academic periodicals, has conducted many longitudinal studies, and has conducted three fMRI studies, one on the activation of the brain in response to positive or negative emotions.

“My main job is doing research for academic research publications and teaching my courses, but I also have this other side of me that periodically writes an article or a book for practitioners, and I teach in executive education and give speeches in various places.” said Boyatzis.

Ultimately, Boyatzis’s work revolves around the human resource function’s responsibility to keep people engaged in what they do.

“That’s the aspect that the human resource function in an organization really has to worry about,” stressed Boyatzis. “And yet, because they’re under the gun to be more legalistic, they very often get into defensive modes, so people like me are around to keep reminding them that our job is to keep people excited.”

Boyatzis, despite his many career accomplishments, was very humble when he received this distinction.

“It’s nice to be recognized,” said Boyatzis, “It’s nice for the school. I feel good that every time I give a speech or people read one of my books, people start to think about Case Western Reserve University.”