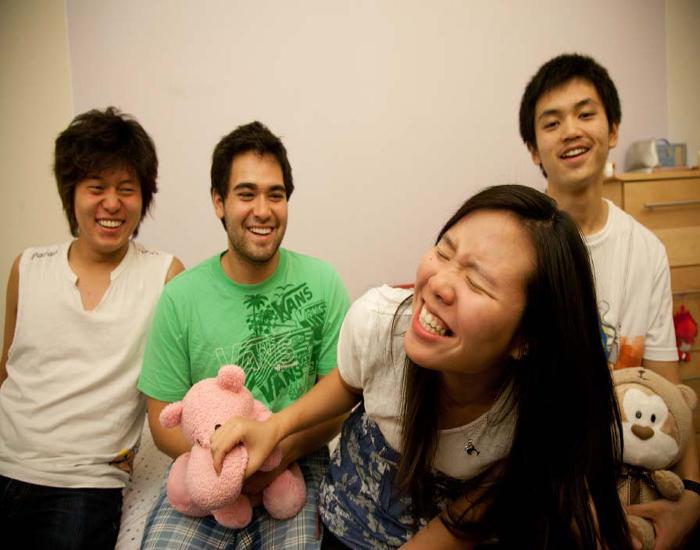 In an effort to provide for a growing number of international students, Case Western Reserve University held its first-ever International Student Orientation (ISO) this summer. The event, met chiefly with gratitude by its attendants, sought to acclimate the freshman from abroad with Case campus, the city of Cleveland, and the University lifestyle. The program is also meant to appeal to prospective international students by facilitating geographical and socio-cultural transitions. Now, following the ISO’s success, some students are beginning to question Case’s relatively recent interest in international matriculates, finding discrepancies between the air of earnest concern during the ISO and certain University practices regarding financial aid and scholarships.

Noncitizen undergraduates studying at Case do not receive financial aid, for example, as stipulated by the Office of International Student Services (ISS). This fact, while generally accepted by the international students, contributes nonetheless to an occasional sense of alienation among them. It also raises inquiries regarding scholarship eligibility.

“I mean, it’s okay that we pay full tuition. But at least we need to have equal opportunities to get scholarships,” said Wen Lei, a senior who served as an International Ambassador at the ISO this summer. Lei is realistic; she and others like her, lacking citizenship, understand they cannot receive federal aid toward their tuition.

“For financial aid, I have nothing to say because I’m not a citizen,” Lei said. “You know, I don’t pay taxes. But scholarships, at least, should be open to international students.”

Because these students must pay full tuition, then, some believe that Case seeks to cultivate an international community on campus primarily for fiscal purposes. Whether or not this is true, no one can deny that students from abroad serve as an effective means to simultaneously raise funds and diversify the campus population.

“For most of the schools, that [money] is the main point to why they want international students,” said Lei.

Similar to federal financial aid, need-based scholarships are not awarded to international students at Case. The reasoning for this is not immediately apparent, although myriad other American schools employ the same practice.

“At a different college, I heard that one of my high school upperclassmen friends would get straight As for two years in psychology and mathematics, but they never provided him a scholarship,” said Donghoon Shin, who goes by Steve in the United States. Shin, a freshman this year, comes from Seoul. He knows of how some Americans fear that international students will, after studying here, take their services or their professions back home, thus in some tenuous sense “robbing” America of the professionals it educated.

“Americans say things like we will disappear after we graduate,” said Shin. “They can think like that. But for scholarships, it’s really unfair that only domestics, who have citizenship, can get them.”

Chen Zheng, a freshman from Shanghai, echoed these sentiments. “It’s unfair. We brought diversity to Case,” he said.

Diversity manifests social demarcation, however, as Lei pointed out to her freshman group during the ISO. She explained the way in which the absence of international scholarship “sets a line between international students and normal domestic students,” and noted that “the first thing domestic students say is that we’ve grown up differently and we’re all from a really well-off family. That’s a really huge line. And it’s just become a stereotype now.”

Issues like these, while occasionally separating domestic students from international, become a unifying commonality among new Case students who hail from foreign countries. A substantial benefit of the ISO was the development of a kind of support system among internationals, which comprised, among other things, a common need to talk and complain about the noticeable differences between life in America and life back home.

“We all talk about it,” said Zheng. “It’s easier for us to make friends with international students. And it is hard to get close to American students. Our relationship, you know, our social circle is kind of small. We don’t think we are really that involved at Case. But international student orientation was fantastic.”

Hikari Kitadai, a freshman from Brazil who is known more commonly by his friends as Rick, agrees entirely. “The whole transition from our country to here was much smoother, I believe,” he said. “The whole cell phone and banking fair, that was pretty good.”

Kitadai also pointed to the particular importance of the International Ambassadors, the ISO’s equivalent to regular orientation leaders. His group’s ambassador aided in the transition by simply being there and sharing her own experiences.

“When she talked about how her experience was in coming here,” Kitadai said. “I don’t know about other groups, but my group–I seriously don’t know what I would have been doing without her.”

Unfortunately, despite the facilitated transition to life in the States, certain cultural barriers still seem insurmountable.

“The first thing is always language,” Shin said, noting the salient differences between his own culture and that of the United States. “Sometimes when I stop in English, I really want to speak in Korean. But, you know, no one can understand my Korean. So I feel stuck and I feel confused.”

Shin is lucky enough to have found a small group of international friends, nearly each of which comes from a different country. For this reason he and they speak mostly English on campus, brought together by using it as a common language among them. But even beyond the English language, American culture has proved occasionally perplexing.

The concern, of course, is that Case’s first ISO was nothing more than this distinctly American way of saying ‘Hello’: effortless and kind and encouraging, but perhaps a little tenuous.