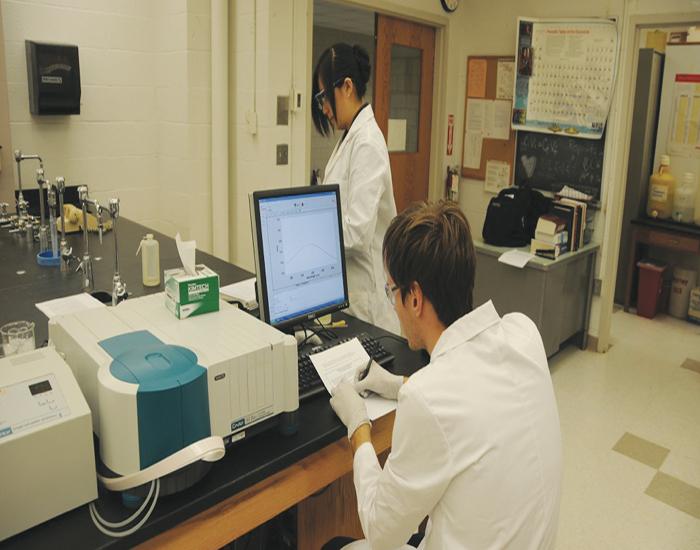 On Thursday, Feb. 9, researchers at Case Western Reserve University announced in the journal Science remarkable results regarding a new treatment for mouse models of Alzheimer’s disease. The research team, led by professor of neurosciences Gary Landreth, Ph.D., discovered that a drug approved for treating skin cancers can rapidly reverse cognitive impairments in Alzheimer’s patients while also reducing their beta amyloid, a protein implicated in the disease’s progression.

While these results cannot be immediately extended to Alzheimer’s disease in humans, they are a promising new development in the treatment of a difficult and prevalent disease among older adults.

Alzheimer’s disease is marked by severe, degenerative cognitive impairment, typically in adults over age 65. The disease currently affects an estimated 5.4 million Americans, according to the Alzheimer’s Association, a nonprofit organization that funds research endeavors addressing Alzheimer’s and provides support to family caregivers. There is currently no treatment for the disease, and a handful of symptom-slowing drugs on the market.

The drug used in the study, bexarotene, has been approved by the U.S. Food and Drug Administration for the treatment of skin cancers. Dr. Landreth’s research had previously shown that the primary cholesterol transporter in the brain, Apolipoprotein E (ApoE) clears the beta amyloid that builds up around diseased neurons and may contribute to their death.

Because bexarotene acts on the cellular signaling systems that control ApoE production, the researchers reasoned it may improve clearance of the amyloid proteins. Inheriting a particular form of ApoE is one known risk factor for Alzheimer’s disease, another promising lead for this work on the cholesterol transporter.

Paige Cramer, a Ph.D. candidate in Dr. Landreth’s lab and the lead author on this paper, is very excited about the results. When asked how her research may be more promising than similar breakthroughs in the past, Cramer said it depends on how the treatments affect the brain. “The difference between our study and others is that we are not changing the brain’s immune response or the ability of proteins to interact with each other,” Cramer said in an exclusive interview with The Observer. “Our study enhances a normal mechanism already in place.”

One remarkable part of this research is the speed with which both physiological and cognitive changes were observed following treatment with bexarotene. Within 24 hours of a single dose of bexarotene, beta amyloid levels fell by 25 percent and remained low for nearly three days.

Chronic treatment over two weeks decreased soluble beta amyloid, thought to be worse than the insoluble plaques, by 30 percent during the treatment period. The researchers examined the effects of bexarotene on several mouse strains to explore how normal and aggressive models of the disease responded. They also tested adult and aged mice, with similarly promising results across age groups.

Cramer believes these results are promising for extension to humans with Alzheimer’s because similar cellular mechanisms may exist. “We believe the same pathways exist in humans as we’ve shown in mice,” Cramer said. “The main issue with this research and its ability to be translated into humans is the ability of bexarotene to cross the blood-brain barrier.”

The blood-brain barrier allows some molecules, such as glucose, into the brain but can keep many other substances out. While bexarotene can cross the barrier in mice, it remains to be seen whether it can do so in humans.

That question will hopefully be answered soon. Cramer and Dr. Landreth have formed a company to perform phase I clinical trials in healthy adults. Trials will hopefully begin in a few months.

“This clinical trial will aim to determine if the same mechanism in humans exists as it does in mice and also to make sure bexarotene crosses the blood brain barrier,” Cramer explained. “Once we have that data, we will begin a second-phase clinical trial with patients suffering from the disease.”

Heather Snyder, Ph.D., the senior associate director for medical and scientific relations at the Alzheimer’s Association, explained that existing FDA approval for bexarotene could speed up early clinical trials. Pre-existing approval could “reduce the time table of phase I [clinical trials],” she said. Dr. Snyder also said that three other clinical trials addressing beta amyloid are in the later stages of testing, but they use different methods than Dr. Landreth’s recent research. Multiple approaches to treating the disease may give patients more options down the line.

Dr. Landreth wants to dissuade anyone from self-prescribing before proper trials are done. “Let’s be very cautious in extrapolating forward to humans,” he told Time. “We’ve fixed Alzheimer’s disease in mice a lot, and the translation to humans has been imperfect; in fact, it’s failed.”

Still, the remarkable speed and efficacy of this new treatment provides hope to the millions of Americans suffering from Alzheimer’s disease and the family members who care for them. Research on this terrible disease is progressing, and CWRU is at the heart of it all.