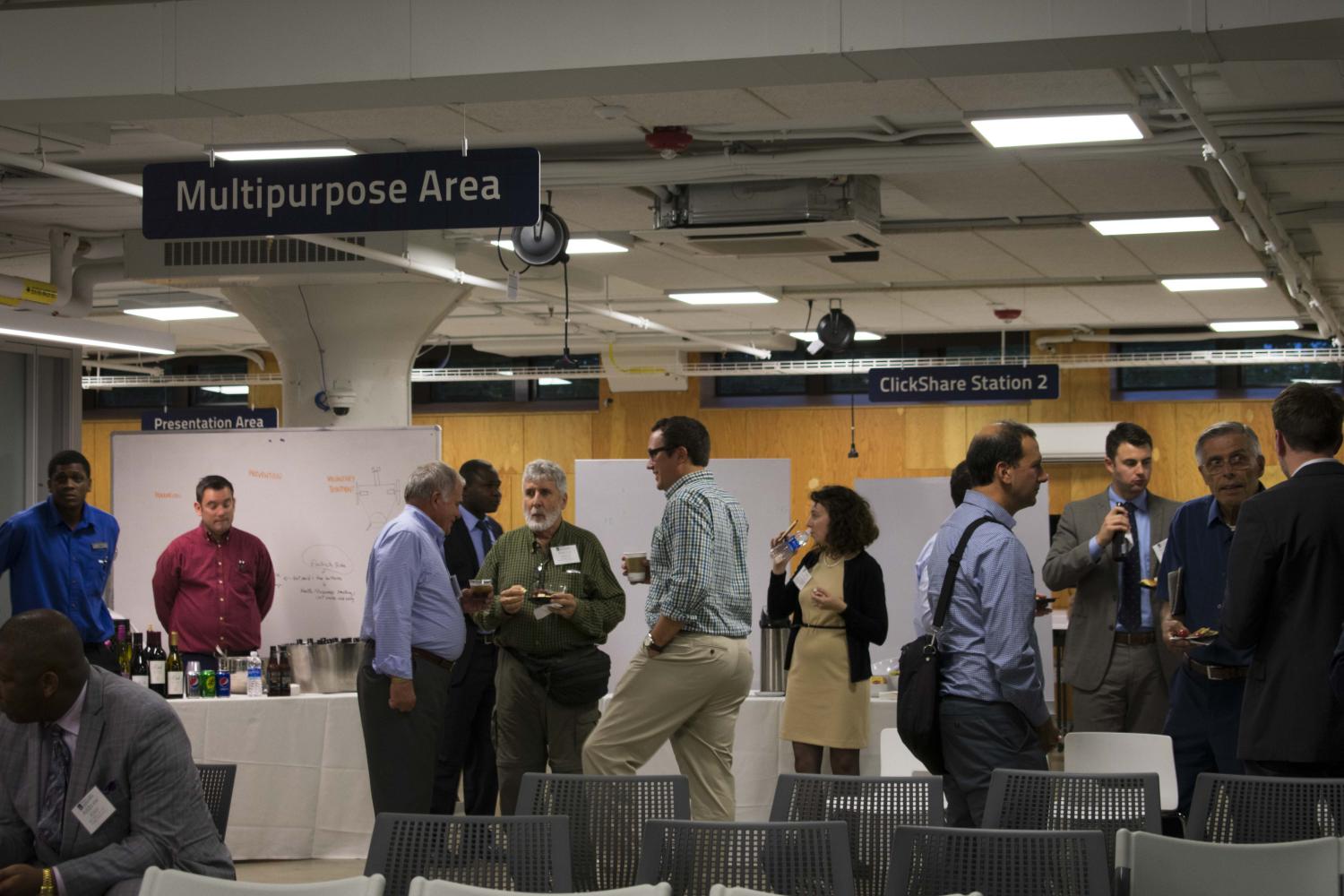 The CWRU rocket team made use of Think[box] facilities to allow new members to build and design their own rockets. The rockets were later launched outside.

The Case Rocket Team held a rocket-building event at the Sears think[box] on Saturday, Sept. 9. The primary focus was to provide students with a fun way to get people interested in joining the team, emphasizing that no experience is required and that new members are always encouraged to join.

The focus of the event was on style, creativity and the enjoyment found in building rockets. Case Rocket Team members helped attendees design each of their customized rockets using either CorelDraw or SolidWorks software. They then assisted attendees in laser-cutting their fins and any vinyl decals, as well as cutting the body tube fin slots for their rockets, assembling internal components and assembling fins. Lastly, attendees applied their decals to the completed rockets.

It kicked off at 6 p.m. with individuals and teams scrounging any and all potentially useful items from think[box] scrap boxes and rushing to assemble their masterpieces. The only absolutely necessary aspect of the rocket designs was making sure they would fit properly on the launcher. Otherwise, designs were completely limitless for the participants. Students made use of the laser cutters to design their fins and add decals. Some students went for strategy, arguing that three fins was the optimal stability to weight ratio, while others set out to create the the most unconventional rockets they could think of. When all of the rockets were completed, they were of almost all imaginable shapes, sizes and modifications.

At the set launch time of 7:30 p.m., everyone scrambled about to put on the finishing touches to perfect their rockets. All rockets managed to be finished on time and were ready to be launched from Van Horn Field. The rockets were launched from a modified bike pump that could provide air pressure of up to 140 psi, although the rocket crafters could choose any pressure up to 140 psi that they believed would provide the best performance for their specific rocket. Many rockets easily reached 100 feet in the air.

For the seasoned members of the rocket team, however, this is a very small distance. The rockets they typically craft are created out of performance metals and materials, are launched with solid rocket fuel and are equipped with parachutes and shells that disassemble in mid air just like real rockets. Every year, their rockets are approved by the National Association of Rocketry, providing them certification to use bigger motors.