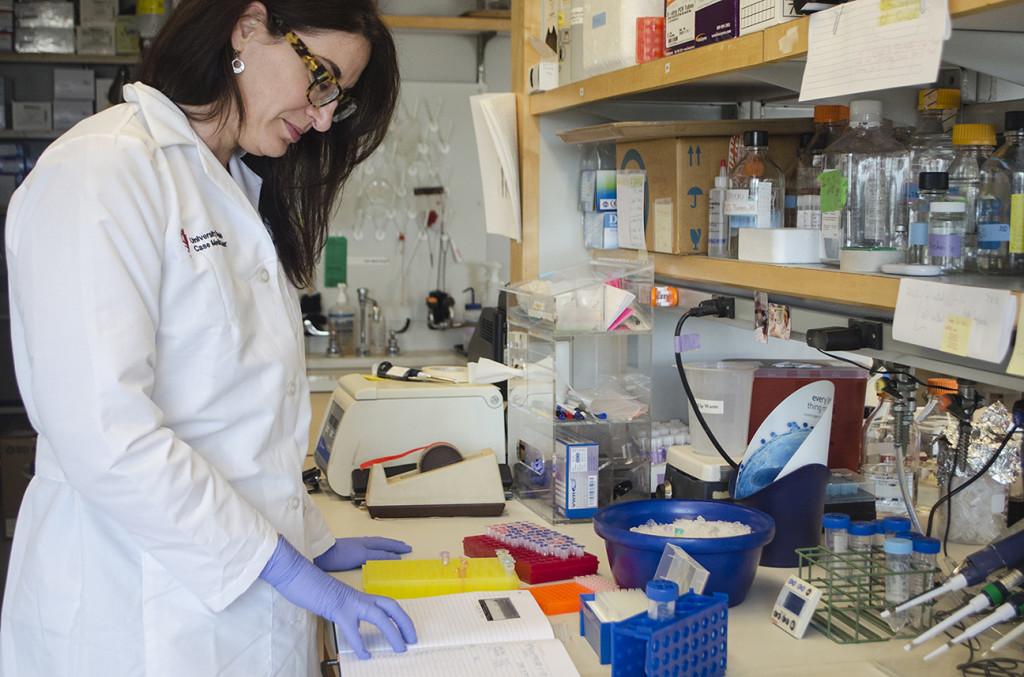 Dr. Nicole Ward’s lab must be doing something right.

Ward, a dermatology professor at the Case Western Reserve University School of Medicine, recently earned her third grant this year from the National Institutes of Health (NIH) to study the cellular components of the skin disease psoriasis, a chronic immune-mediated disease known for causing scaly, red skin.

Having received an exploratory and developmental grant, termed an R21, Ward plans to zero in on the cellular mechanisms of the disease and pinpoint which key conditions are necessary to stimulate development of the skin inflammation indicative of the illness. She specifically has been pulling from recent case studies, and examining how nerves promote the onset of the disease. As she puts it, “We have an idea that one peptide has an effect on two different types of cells and that the other has an affect on two other sets of cells. What we don’t know whether the effects are direct or indirect. ”

Ward, upon moving to the United States from Canada in 2003, has been studying the disease almost exclusively. Despite appearing 10 years ago, a genetically altered mouse from Ward’s first days of research here gave her the point of exploration for her first NIH grant this year. The noteworthy mouse had been modified to develop a skin phenotype similar to human psoriasis, but what interested Ward was the fact that the mouse developed heart lesions upon the onset of the disease, and later died from them.

“This [reaction] suggests that skin inflammation, itself, has the capacity to promote distant vessel disease,” she reasoned.

Upon further experimentation, Ward found that when she attempted to induce clots in the mice’s blood, mice with severe skin inflammation contained blood that clotted more readily, and that treating the swelling made it harder to produce clots.

With an Master of Science in Neuroscience and a Ph.D in Neurotrophins and Developmental Plasticity, the focus of her first grant wasn’t based off her degrees but rather from post doctorate work she was interested in back in Canada. It involved genetically altering mice, something divergent from her area of study. However, the research allowed her to gain her proficiency in vascular biology.

“I wanted to learn how to make mice,” she said.

As someone who was planning to study political science and history in college, her free-spirited, gung-ho attitude allowed Ward to follow her passions for further work. The same catalyst eventually prompted her to apply for a second NIH grant to study psoriasis. The grant’s funds are being used to specifically study the pro-inflammatory molecule Interleukin IL17C and its relation to the disease. The research is ongoing, but mice induced to increase production of this protein have been found to develop inflammation, and psoriasis patients at University Hospitals have been shown to have higher amounts of the molecule.

With multiple ongoing projects, the next five years will hold many challenges for Ward’s research. The pressure is there. But, given the experiences Ward faced in her career leading up to this point, she knows she will take it in stride.

“[You just have to] move from one failure to the next with some level of enthusiasm,” she said.