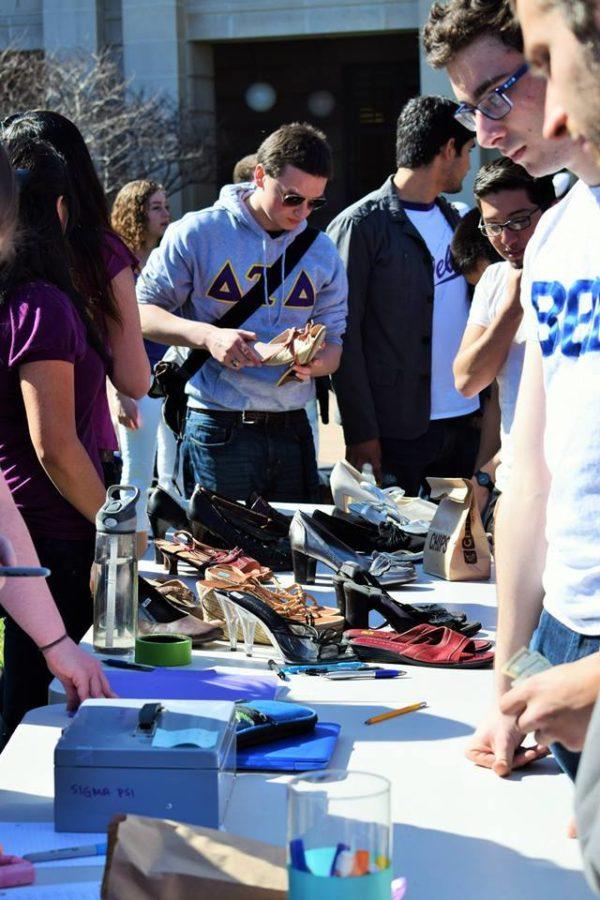 “It’s a really important event that helps to serve a very pressing issue that affects all campuses across the country including our own,” said Monica Windholtz.

Alpha Chi Omega and Delta Chi have partnered up to bring the annual Walk a Mile in her Shoes Event to campus on Sunday, April 17, during Sexual Assault Awareness Month.

The core of the event is community members coming together to walk in heels in order to gain empathy for what women experience in society. On campus, it takes the form of a relay race, with teams from different campus organizations.

The event will have prize raffles for winners. There will also be a speaker coming from the Domestic Violence & Child Advocacy Center (DVCAC) in Cleveland to speak about sexual assault. Proceeds from the event will help go to fund the DVCAC.

“It’s a really important event that helps to serve a very pressing issue that affects all campuses across the country including our own,” said second-year student and Co-Chair of Food and Donations of the event, Monica Windholtz.

According to the National Sexual Violence Resource Center, one in five women and one in 71 men are sexually assaulted in their lifetime. Another survey conducted by the Association of American Universities found that 23.1 percent of women have reported experiencing sexual assault or sexual misconduct during their college enrollment.

“It is important that we realize that domestic violence is not something we just hear about on the news or on TV shows,” said Tumuluru. “It is something that affects people we know and love. We want to show that our campus community stands in solidarity against domestic violence.”

According to Windholtz, last year the event raised approximately $1,400 for the DVCAC, and they hope to raise more this year. The money goes to support the DVCAC’s programs for victims of domestic violence, such as a bilingual health line that women in need can call in Spanish or English.

Walk a Mile in her Shoes will be from 1 to 4 p.m. at the Kelvin Smith Library Oval.