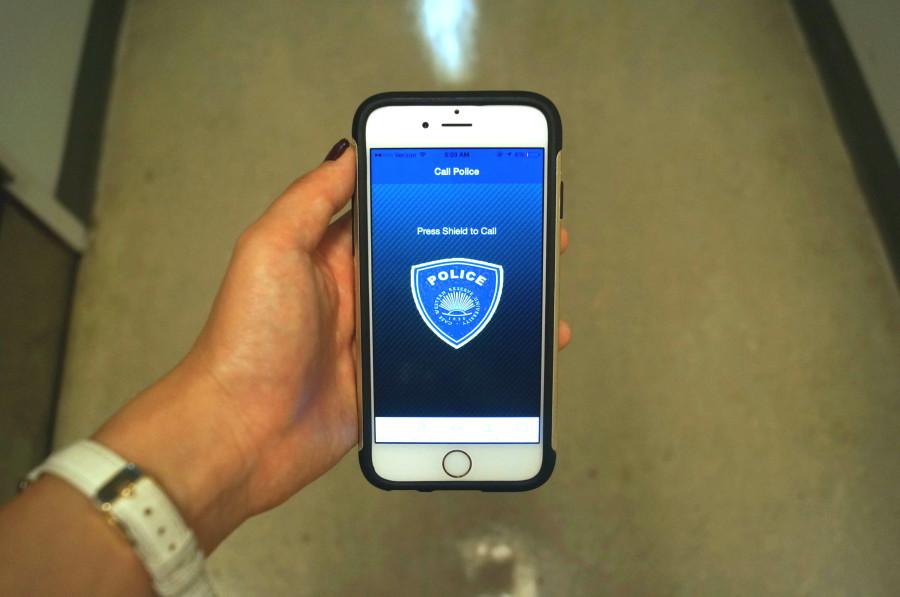 CWRU Shield gives callers' location, according to GPS or the Indoor Positioning System, to emergency services when they use the app to place a call.

Several years ago, the Case Western Reserve University Police Department had an idea to make an app that would make responding to emergency calls easier. They reached out to many developers, who scoffed at the idea of an indoor positioning system. However they found a developer team in nearby Beachwood, now called 911 Cellular, who thought the idea was feasible.

Now, CWRU PD has released an update to its iPhone app and will soon be releasing one for Android. They are raffling off an iPhone 6 as well as an iPad mini to users who download the app and save their profiles before 5 p.m. on Sept. 14.

The technology used in CWRU Shield, Indoor Positioning System (IPS), is a step above GPS technology, since GPS is often inaccurate to hundreds of meters. On a campus, those 100-meter radii can become the equivalent of another building that the police have to search. In a traditional GPS search, the police have to search a building, starting from the entrance and clearing each floor. IPS narrows that search down by having the phone ping off of the Wi-Fi routers which are across campus, sending that information to dispatch.

When students use the app with Wi-Fi and GPS turned on to make an emergency call, dispatch knows exactly down to which room or floor the caller is calling from, even before the caller’s phone makes the call.

Since Wi-Fi routers are often found in each room or at least on each floor, this cuts down on search time. Usually, the first 30 seconds to up to a minute of a police call is spent on who and where the caller is, and the app already provides that tool. If Wi-Fi isn’t on, dispatch receives a Google Maps location, which will track until the signal is deactivated through the app.

Users don’t have to be on campus to use the app. The information gleaned from the app will be sent to the local authorities. Functions such as safety check, which will ping the user after a set amount of time to check in, are also useful for late night runs, on campus or not. If the user doesn’t check in during the specified time, the app will text the emergency contacts provided in the app with a message that the user didn’t check in, the activity that they were doing, which was provided when the safety check was made, as well as a link to a map of the user’s last known location.

The latest iPhone update for CWRU Shield now includes easy access to the SafeRide system and NextBus, which cuts down time Googling the websites for both services. In addition, there’s an interactive crime map with information about each crime committed in the last 30 days and the locations of each crime. There is also easy access to the 24-hour counseling services hotline.

Sergeant Daniel Schemmel of the CWRU Police Department said of the app, “It’s a services app that integrates the technologies on campus in one app.”

He added that an added bonus to the app is that when students use it on a daily basis, they’ll be able to access it more easily in an emergency situation.

Although the app is named “CWRU Shield,” the latest iPhone update opens up the app to nearby CIM and CIA students, faculty and staff. An Android version with the latest updates is also forthcoming.