The dual roles of a student and Sierra Club lobbyist 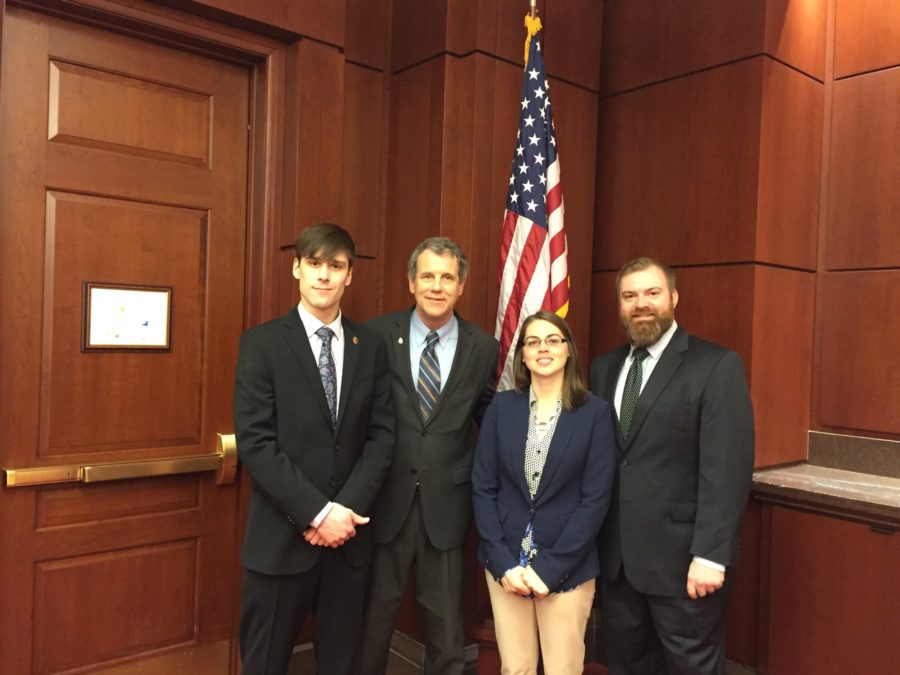 During their time at Case Western Reserve University, most students do not expect to lobby members of the United States Congress. That is exactly what fourth-year student Jack Turner found himself doing last March on behalf of the Sierra Club.

An environmental studies and economics major, Turner is the Vice-Chair of the Northeast Ohio Group, a subsection of the Ohio Chapter of the Sierra Club, to which he is also the representative of the section. The Sierra Club is a national non-profit environmental organization founded in 1892.

Last March, Turner lobbied members of the U.S. Congress from Ohio to ensure that they opposed a push to defund the Clean Power Plan. The plan is a federal government policy aimed at reducing human-caused climate change. He presented the Sierra Club’s support to Senator Sherrod Brown, his staff, and Representative David Joyce. He also had discussions with the staffs of Representatives Marcy Kaptur and Marcia Fudge.

“I knew what to say, I knew the issues and I knew I needed to do this,” he said.

It is not always easy for Turner to balance school work and his lobbying job. Traveling in the middle of the semester is sometimes difficult for him. Turner stayed up two nights before to create a presentation that was due for a class. He has also stumbled when presenting his campaign, once getting through a presentation only to be concerned that he had rambled. His meeting with Joyce’s staff was accidental, and he was forced to adjust on the spot.

He was well versed by last March, however. Before his meetings in March, Turner had lobbied the Public Utilities Commission of Ohio and the Ohio Senate Energy and Natural Resources Committee.

On Sept. 11, Turner joined fellow members to take a photo for the Ready For 100 campaign, which began this year and aims to have 100 percent of Cleveland’s electricity based on renewable energy by 2035. The grid Cleveland is connected to may still receive power from non-renewable sources; the organization is lobbying for the city to only use up to the amount the grid receives from renewable sources.

Among the speeches given on Sept. 11, Turner particularly enjoyed one given by a pastor from Lutheran Metropolitan Ministry. The pastor spoke about how Ohio used to have renewable energy investment standards, which were eliminated by the bill SP310. The Sierra Club is lobbying to reintroduce the investment parameters.

The organization also has statewide goals for energy production by specific renewable sources. Its goals are based on the Solutions Projects, which promote the use of clean renewable energy across the nation, and research papers from the Stanford University Department of Civil Engineering.

Turner explained that Cleveland remains a high priority for the Sierra Club, in part due to it’s environmental history. In particular, the organization has focused on Cleveland since the Cuyahoga River caught fire in the 1960s.