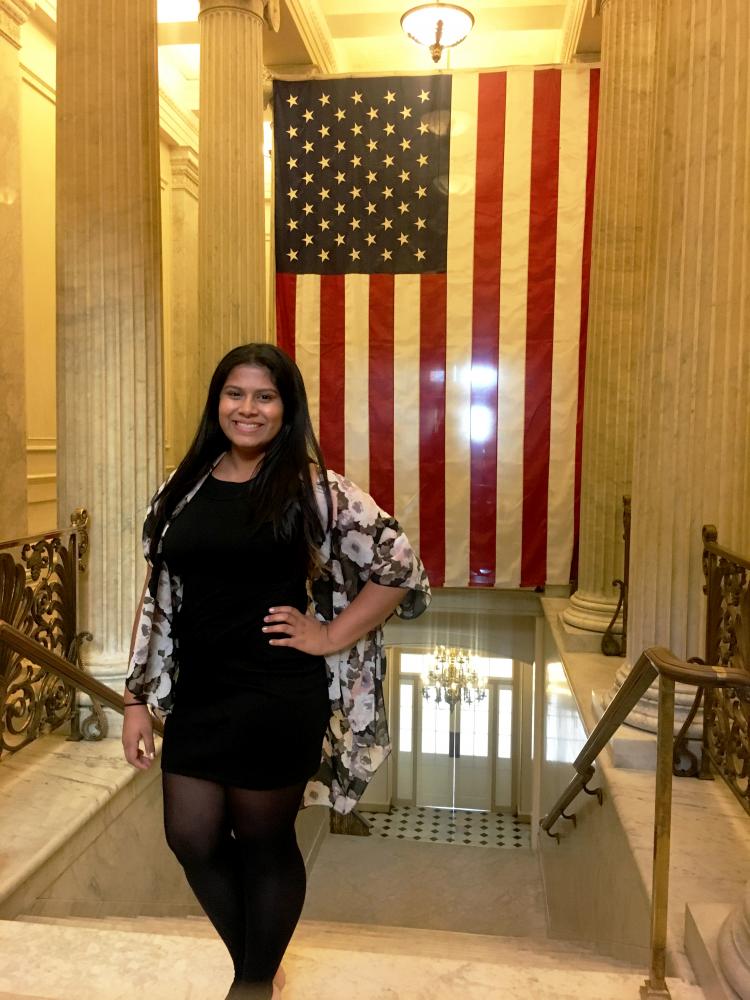 The Deferred Action for Childhood Arrivals (DACA) program was repealed in September by the Trump administration, leading to student protests at Case Western Reserve University, as previously reported by The Observer.

Those who benefit from the DACA program are often called Dreamers, because they would have also benefitted from the previously proposed Development, Relief and Education for Alien Minors (DREAM) Act. Earlier this week, Dreamers flew from around the country to Washington D.C. with the goal of protesting the DACA repeal. One of those Dreamers was Fatima, a first-year CWRU student and international studies major with a minor in social justice and leadership.

Fatima was brought to the United States at one year old from Honduras by her mother, and has lived in the U.S. all of her life since, first in Atlanta and then in New Orleans. She believes that DACA allowed her to flourish academically as well as personally in a way that she would not have been able to otherwise, and hopes to use her voice to benefit not only herself but all others impacted by the DACA repeal.

“It put this timeline on my life and future filled with uncertainty. I don’t know what’s going to happen five months from now, if I’m going to be forced to leave the only country I know and was raised in, or be able to stay and how,” she said. “Many people don’t understand that if DACA ends and nothing gets passed to replace that, I have no pathway to citizenship or legalization. I’ll be undocumented and have no benefits. Something needs to pass however because not doing so not only affects my life and 800,000 others, but the economy and employment.”

She stressed that there are many misconceptions about DACA recipients when it comes to the economy, and that she worked nearly 40 hours per week on top of going to high school, paid taxes and even contributed to social security.

After hearing that DACA had been repealed and any benefits would end within six months, Fatima was initially upset, but not surprised, saying that it was never meant to be permanent.

“Despite everything, though, I’m hopeful because the overwhelming American population supports Dreamers and want something done for us,” Fatima said.

She hopes to one day be a driving force in American policy making, becoming a lawyer and working in the military. Her primary goal is to help countries like Honduras and to fix the “root of the problem” of illegal immigration. According to Fatima, people would not come to the U.S. illegally if they weren’t desperate for a better life than they can find in their home countries.

When DACA was repealed, President Barbara Snyder and Provost Bud Baeslack released an email that said that Dreamers are welcome at Case Western Reserve University, and that the university opposed the administration’s effort to end DACA. The university’s efforts also include a website which explains all DACA and executive order changes to the CWRU community.

Fatima said that she was “proud to go to a school that supports dreamers and DACA recipients,” but believes that more can be done to foster an environment of inclusion and make people aware of the issues that Dreamers face in today’s political climate.

“That’s why I’m here in D.C.,” Fatima said. “I’m trying to raise my voice and to share my story. We’re humans and we’re American in every single way except for a paper to prove that…The goal is just to become U.S. citizens and to be Americans. Because we are Americans and we just need to have that on paper.”