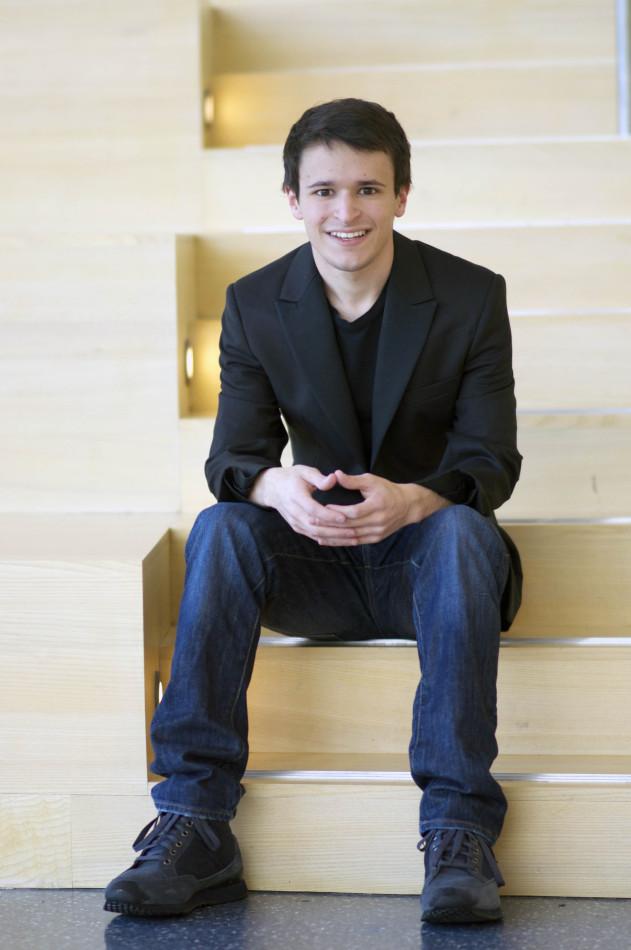 “We’re the only company that does decision support for chronic care in real time,” said Al-Dhubaib, who founded Triple Analytics last May. “We integrate population health care analytics with patient engagement.”

Triple Analytics has five people on staff, with three more, recruited at the CWRU University Career Fair (which attracted 164 employers and 1459 CWRU job seekers), starting in January. Over 50 resumes were submitted for the positions.

“We see [Triple Analytics] becoming the leader in chronic care decision-support solutions for hospitals around the country,” said Al-Dhubaib. The company is starting by focusing on long-term care solutions for patients with diabetes.

The Entrepreneurial Organization awarded the GSEAs and presented Al-Dhubaib with the award in Florida on Oct. 23. They also gave him the opportunity to network with other student entrepreneurs from across the country.

Al-Dhubaib said that meeting other student entrepreneurs gave him the dedication necessary to make his company thrive. He will now compete in the U.S. Nationals for a chance to go to the +Global Finals in April.

Al-Dhubaib used CWRU’s Blackstone LaunchPad and Career Center to help with the company’s formation. He said that they were especially helpful when it came to seeking out and managing potential investors. He is also working with BioEnterprise, as well as other entrepreneurial networks in Ohio.

Before founding Triple Analytics, Al-Dhubaib spent three summers working as a health care researcher for a hospital in his home country of Saudi Arabia. He also spent a year working in a wellness program at the hospital, and he continued to do hands-on research for them while in the BS/MS systems engineering program at CWRU.

As the only researcher at the hospital with an engineering background, Al-Dhubaib brought a unique perspective to health care. As he started to work on bigger projects, he was able to help improve the hospital’s data management systems and help contribute in a bigger capacity.

Al-Dhubaib decided to leave behind that set career path to risk creating Triple Analytics. He feels that his experiences at the hospital have helped him a lot with creating the company.

“I’m often in a position where I feel what it’s like to walk in other people’s shoes, coming from Saudi Arabia and coming to Cleveland,” says Al-Dhubaib. “It’s helping me learn to adapt, and you have to be able to do that as an entrepreneur.”