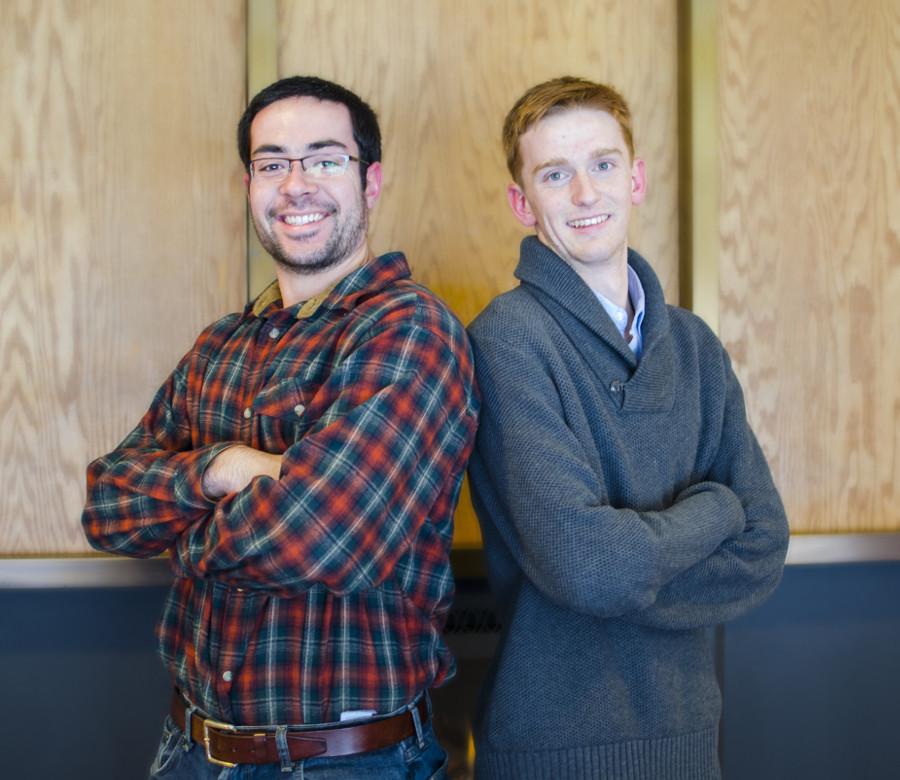 Sophomores Ian Ferre and Sam Crisanti took chemical engineering professor Daniel Lacks’ class, “Engineering for the World’s Poorest.” One component of the class was for students to design and prototype a device to meet the needs of the poor. Ferre and Crisanti developed a foot-powered cell phone charger so people in developing countries could have access to a quality charging station.

The two students were inspired to develop the charger after reading a story about Kenyan villager Sara Ruto.

“[Ruto] had to walk two hours, pay a taxi to drive her three hours to the city and pay someone to charge her phone,” said Ferre. “The service was so high in demand though that she had to leave her phone there for three days, resulting in her having to pay the taxi driver three more times for nine more hours of driving and six additional hours of walking. This resulted in 20 hours of total travel, four payments to a taxi driver, a payment for her phone to be charged and three days waiting time. And she had to do this every eight or nine days”

“When we did more research, we realized that one billion people in this world don’t have electricity and that roughly 70 percent of these people have cell phones,” Ferre added. “This was an insane problem that needed to be addressed.”

Cristiani and Ferre were able to work through their idea with Lack, who exempted them from the final paper if they agreed to apply for a grant for the P3 Grant Competition sponsored by the EPA.

The pair ended up winning the grant competition and its prize of $15,000. As a result, they were able to buy more materials and supplies to further enhance their initial design and travel to Lesotho, a country surrounded by South Africa, to test their idea.

“We talked to several people [in Lesotho] who expressed direct interest in a better way to charge their cell phones than traveling to the capital, especially because our device can power light bulbs as well,” said Ferre.

As a result of the warm reception, Ferre and Crisanti are planning to expand their idea even more. They are presenting to the EPA and private investors in April for a chance to win $75,000 in grant funding, plus private investments. They have also applied to a number of other competitions and recently came in third place at the Clean Energy Challenge sponsored by GLEI on CWRU’s campus.

“We are pushing forward plans to refine our foot pedal and patent the product as soon as it is perfected,” said Ferre. “We have received support from all around the CWRU community to push forward with our product in attempt to begin a business.”

Both Crisanti and Ferre agreed that they never expected this project or success to occur.

“This project has taken us on one wild and crazy ride already, but we don’t want to get off the bus just yet,” said Ferre. “We want to keep pushing forward and see where this takes us.”