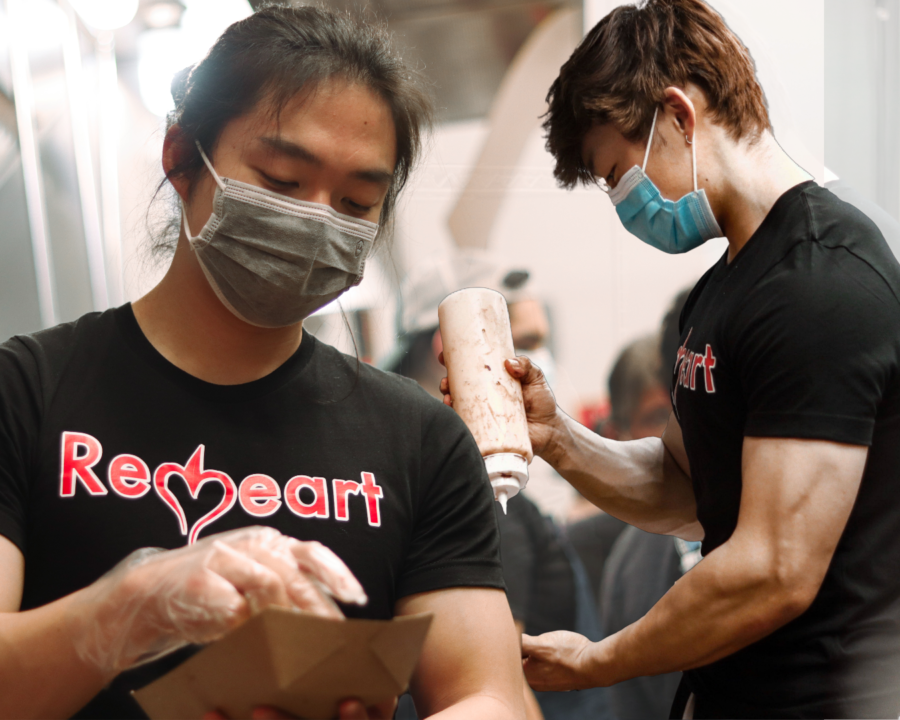 Healthy food is a relative rarity on the Case Western Reserve University campus, especially for those on the meal plan. For years, students have expressed concern about the access to healthy foods as well as foods that fit dietary restrictions and conditions such as vegetarianism, veganism, gluten sensitivity and allergies. The offerings provided by the Bon Appétit Management Company, the food provider for CWRU’s various dining facilities, have received substantial criticism for lacking nutritious content.

CWRU students may finally have an alternative, thanks to two enterprising third-years. On Jan. 31, a student startup dubbed “Redheart” launched service at The Jolly Scholar Brewing Company (Jolly), offering food options that aim to be as nutritious as possible without breaking the bank. Sporting options for meat eaters and vegetarians alike, Redheart bowls at Jolly are designed to be high in protein, low in calories and dense in nutrients and are available for students on and off the CWRU meal plan. The company was founded by third-year nutritional biochemistry student Danny Lee and third-year economics student Michael Zhou. Together the two want their health and wellness company to work toward “reinventing fast food” by integrating a focus on health and well-being into everything the company makes and into their efforts to increase accessibility to wellness.

“When I was a freshman, I brought a food scale to the dining halls,” Lee said. “I was very, very interested in bodybuilding and powerlifting. And, you know, that really requires a very strict diet regimen. Going to [CWRU’s] dining halls, it was very difficult to stick to my diet plan.”

Lee went on to say that even with nutrition guides provided at dining halls, he discovered a number of inconsistencies in food preparation that made it harder to stay healthy. Beyond lacking taste, he noticed that serving sizes differed day to day, and the varying ways that meals were prepared and ingredients used just led to increased frustration.

“When I would bring back home, let’s say, Leutner … I would put my vegetables in a bowl of water, and there’s oil floating up from it. Then online, it (the nutrition label) says that … it has zero grams of fat—[that] kind of throws people off,” Lee said. “Thinking about other people who are brand new [to meal-prepping] and want to pursue a healthy diet [and] don’t know … how to read a nutrition label and things like that, I could see where it’d be frustrating and misleading … I really wanted higher-quality, healthy food on campus.”

Lee’s qualms with the meal plan motivated him to reach out to Zhou, a long-time friend he had met at an admitted students event before coming to CWRU. The two decided to found Redheart to combat unhealthy eating practices common in the United States and to provide students with healthier alternatives and higher-quality food.

“I truly believe what we mean by our mission, reinventing fast food, is that we’re trying to provide people with full transparency in our food items,” Zhou said. “We make our prices competitive against other fast casual or fast food restaurants, [so that people] can then choose a healthier option without having to compromise taste or cost.” Zhou also noted that in order to effectively commit to eating healthy, the food has to be tasty. “No one wants to eat just salads every day, [with just] chicken, broccoli, black pepper and hopefully not too much table salt.”

Utilizing Lee’s experience working as a chef and his knowledge of nutrition, as well as Zhou’s entrepreneurial spirit, the duo designed meals that purposefully did not include added fats or sugar. They prioritized a good nutrient profile with proper balances of vitamins and minerals, especially potassium and sodium. Redheart states that their highest-calorie option on the meal plan is under 340 calories while still providing over a pound of food.

Bowls are available starting at $8.99, with their Korean smoky chicken rice bowl and sweet and sour tofu rice bowl to start. Lee and Zhou have spent the last week standardizing operations at Jolly, as well as training Jolly staff to make the meals by themselves.

The student response seems to be enthusiastic so far. Since its launch on Jan. 31, Redheart has sold out of their bowls every single night. The first night, the bowls sold out within 40 minutes, despite the pair only expecting a few orders to come through—demand has been high ever since. Now a week in, Lee and Zhou hope to extend services for the entirety of Jolly’s operating hours.

“Right now, with COVID … it’s so uncertain,” Zhou said. “Supply chains are so disrupted, [with] so many shortages on different types of vegetables, or even [just] bowls in general … There are struggles, but we just have to figure out ways to solve them. It’s always a team effort.”

Lee also noted that Redheart would commit to always having the highest-quality ingredients: “We really want to make sure that people have access to our healthy food. The one thing we will not compromise, though, is even if there is a supply shortage, and there are less healthy options, we won’t go for it even if it’s cheaper. That’s something that we really stress.”

The company has partnered with Matt Vann, the owner of Jolly, for both kitchen space and guidance, but there are plans to expand further in the future. These ideas are still developing, but they noted that they are “working on some big projects right now.” They aim to provide healthy food across CWRU campus, around the city of Cleveland and eventually throughout the rest of the country. Part of this is an initiative to provide meals for local children in need.

A percentage of their proceeds will be donated to this philanthropic endeavor, with the amount raised matched by Vann to fund free Redheart meals for those who are food-insecure in the local community. The exact percentage of proceeds that will be donated, along with the exact method of distribution, has yet to be announced, but Redheart aims to start donations by the end of the spring semester.

“We really are grateful for the entire campus community’s support,” Lee said. “The turnout has honestly been more than we expected. We didn’t go in with high expectations at all, but the support has been so amazing that there are bigger projects we’re very thankful to be working on.” Whatever they bring to CWRU next, it’s sure to contribute even more to students’ ever-changing well-being and quality of life.