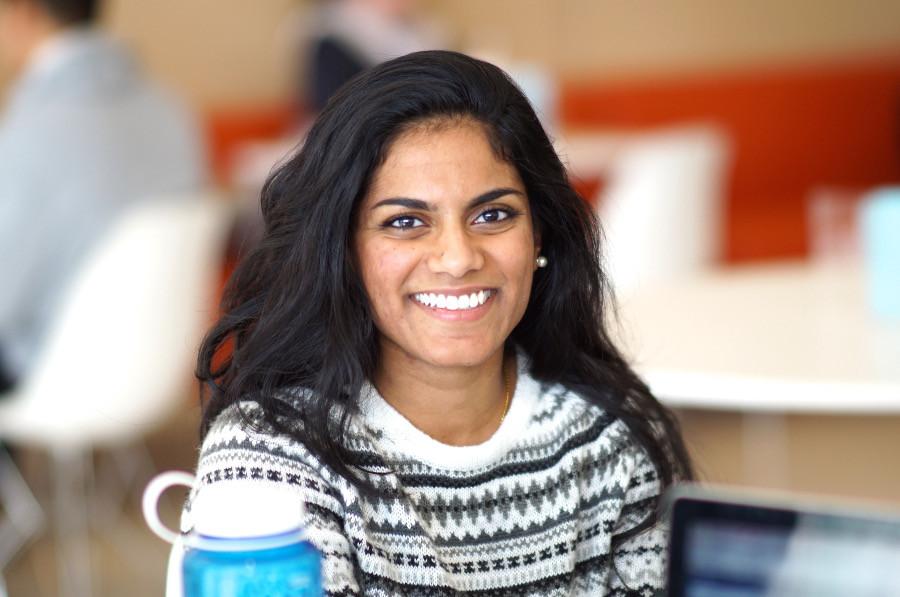 The Case Western Reserve University community is known for thinking beyond the possible. Each week this column aims to capture a slice of campus life.

Q: What is the most time-consuming part of your day?

A: Probably filling out supplemental applications. I think the most stressful part is trying to put in all the experiences you’ve had in the past four years into 500 characters and trying to capture the effect all of those organizations have had on you.

Q: Can you give me an example of that?

A: I’ve been an R.A. for two years, and I think I’ve learned a lot of different lessons just from the two years that I’ve had the opportunity to grow in the role. Just having to choose one or two examples of when I feel like I’ve really learned time management, for example, or learned to communicate effectively with residents, from the many examples I can think of in my hard is hard to do. Taking that two-year experience and bringing it down to one or two sentences is really hard.

Q: Do you have any standout memories from those two years?

A: Just realizing residents do take note of the time you put into the role—like, at first it seemed like I was putting all this time in and no one was really noticing it. Having them drop by and say things like, “Thank you for all that you’ve done,” or just leaving you sweet notes brings so much more value into the role. I feel like I’m really helping someone. At the end of the year, I was checking out another resident and she hugged me and said, “I couldn’t have asked for a better R.A. for my first year.” That really made me glad—this year, even though it had its ups and its downs—I felt like I impacted this person.