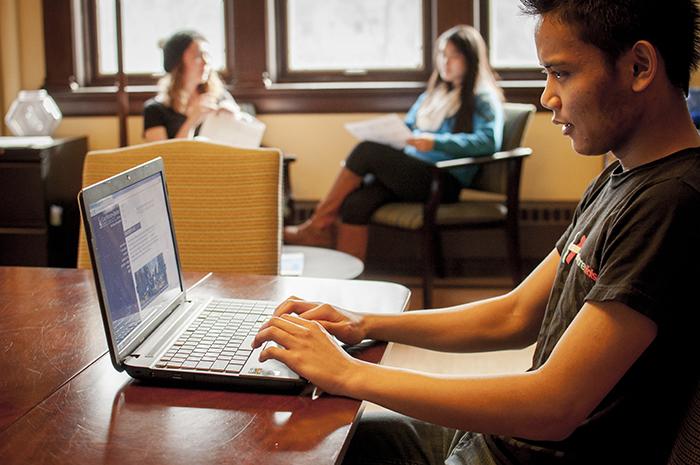 CWRU applicants will be allowed to apply online through a binding early decision option next year in addition to the current non-binding early action process.

With the increasing number of applications to Case Western Reserve University each year, the university will switch to a hybrid early decision-early action admissions program for the class entering in the Fall of 2015.

Previously, the university offered only an early action option, which had students apply by a Nov. 1 deadline. Applicants found out about their admission by Dec. 15, as well as scholarship and financial aid information. They were not required to attend CWRU, and they have until May 1 to decide whether or not they will accept their offer of admission.

The decision to add in a binding early decision program comes on the heels of a great year for the university, which saw 21,700 applications for admittance to the class of 2018, up from 9,500 for the class of 2013.

“There are a lot of very strong candidates that we don’t have the room for in terms of admission, because class sizes would get too large,” said Vice President for Enrollment Management Rick Bischoff.

Bischoff hopes that early decision will allow the university to admit qualified applicants who have already decided they want to attend CWRU.

“One of the things that sometimes comes into play in an admissions decision is what we call ‘demonstrated interest,’” he said. “The easiest way for a student to tell us that they want to come here is to give them the option of applying early decision.”

“With our early action, we place students on the waiting list, and then we get phone calls saying, ‘You were my first choice, I’ve always dreamed of going to CWRU,’” he added. “There was no way in the application process for them to tell us that.”