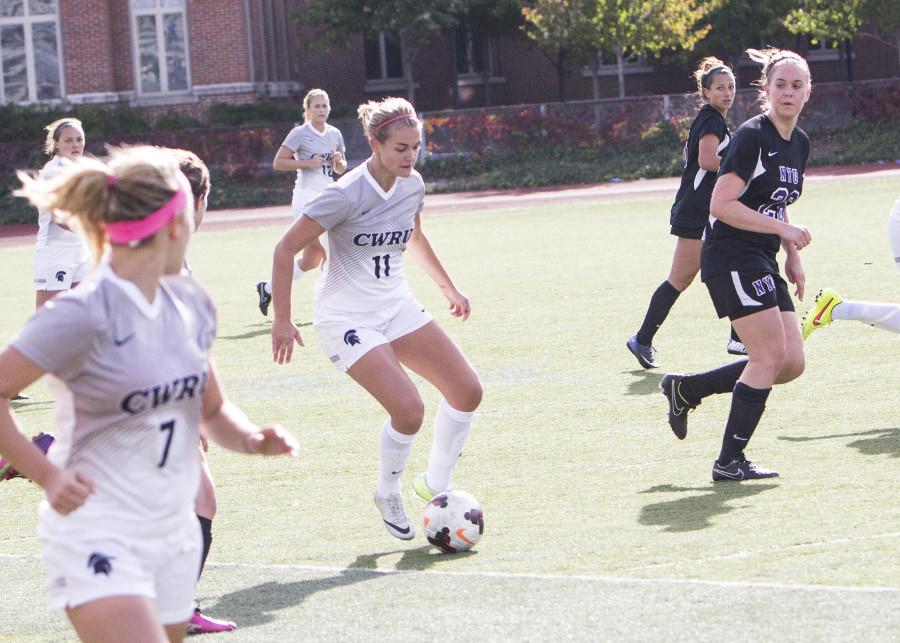 Although the game was scoreless until the middle of the second half, the Spartans were clearly the better team. They recorded 10 more shots than the Oberlin Yeowomen, including five more on goal.

While credit is due to Oberlin goalie Jordyn Morris, who managed five saves against the Spartans, she was no match for midfielder Dickens, who rocketed in her goal from outside the 18-yard box.

Other standout players on the Spartan squad were midfielder Alexa Williams and forward Madeleine Harris, both of whom had two shots on goal. Goalkeeper Megan Romelfanger held Oberlin scoreless in the match, recording one key save.

The last time CWRU and Oberlin faced off was 2013, where the Spartans easily defeated the Yeowomen on their own field with a 4-0 victory.

The Spartans’ next game is Sept. 6 at 1:30 p.m. against eighth-ranked Thomas More College, who will travel from northern Kentucky to DiSanto Field. Thomas More has one of the strongest teams in Division III, so expect a thrilling match.