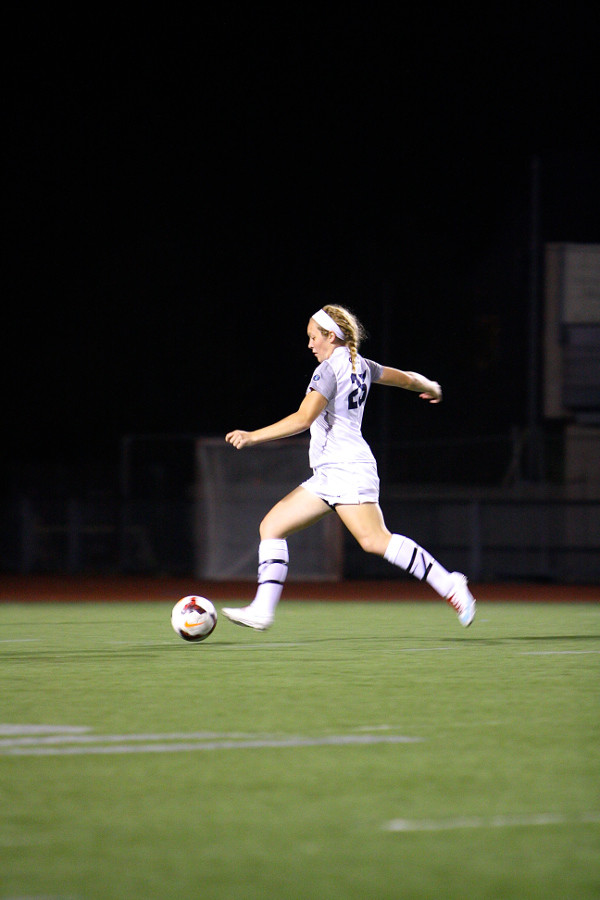 Number 25 for the Spartans Marley Praprost dribbles the ball up the field last season. The Spartans won their first match of the season, a scrimmage with Notre Dame College, 4-0.

Although this was only a scrimmage, Notre Dame College is a traditionally strong soccer school in the Cleveland area. As a Division II school, it has the ability to grant players athletic scholarships, unlike Division III Case Western.

Spartans were able to score four goals, with two goals in each half. Forward Madeleine Harris and Alexa Williams and midfielders Amy Lindberg and Neha Cheemalavagu all scored for the Spartans in their first competition of 2015, forecasting more to come throughout the season.

Head coach Tiffany Crooks expressed her satisfaction with the team’s work ethic so far.
“I think we have many players capable of … making big plays in key moments,” she said. “The environment in practice has been enthusiastic and productive.”

The strong base of returning players should also be a major positive factor for the team’s development. Many of the team’s best players from last year will be on the field again this year, including all four of the scorers in the scrimmage.

This will allow the freshmen to emulate their older peers and focus on their skills, rather than being thrust into the spotlight immediately.

“[The freshmen] will have the opportunity to grow and develop,” said Crooks. “You will see them playing in critical times for us.”

At the time of printing, the Spartans will have scrimmaged at the University of Mount Union. Their next game is at home against Oberlin College, on Tuesday at 7:30 p.m.