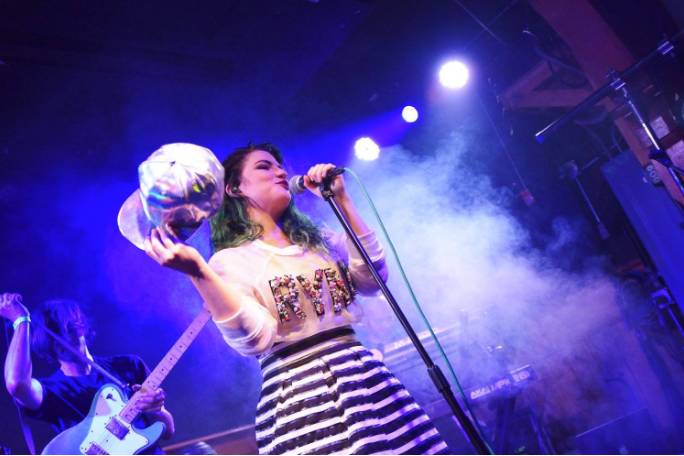 Just one day before classes start for the school year, students can celebrate the end of summer with a mini music festival on Frieberger Field.

The event, organized by University Program Board, is in its second year and will face a few changes since its inception.

Third-year student David Grosh, the director of on-campus events, thinks the biggest improvement is location. “[Last year] we had to spread it out a lot, and there were food trucks next to Frieberger but some of the carnival stuff was on Mather quad,” he said. “No one knew where to go. It was unorganized and not in one place.”

This year, UPB has Frieberger Field to itself, and its executive board plans to make good use of the space. There will be an exotic petting zoo, food stands, an inflatable obstacle course, a water slide and a stage.

Performing onstage will be singer-songwriter Phoebe Ryan and local opener Samfox. UPB Director of Promotions Maria Kuznetsov said that last year, the flowery festival style of the event was more of a focus than the actual music.

Now, UPB’s mission has shifted to be more focused on band choices. “We’re focusing on music curation and trying to bring bands that are really up-and-coming,” she said.

Third-year student Mena Vij, the director of concerts, has led this change. Vij not only guided the CWRUchella performance choices, but also rebranded the weekly concert series formerly known as “Spot Night.” Now named UPBeats, the event will take place at the Jolly Scholar instead of The Spot. Vij said that there will be four concerts each semester. So far, UPB has confirmed rapper D.R.A.M. for a performance, and also Mat Kerekes from Citizen and Vinnie Caruana from I Am the Avalanche for an acoustic night.

“We’ve decided to break free from genre restraints to ensure that there’ll be a concert for everyone,” said Vij.

Vij stated that the annual Fall Concert headliners will be announced at CWRUchella. She couldn’t share much information about the concert, but said that it will be renamed the “Trashed Out, Cashed Out” tour instead of the “Fall Concert.”

“Once the artists are revealed, the concert name will make a lot more sense,” said Vij.

The announcement for the concert will come before Ryan takes the stage at CWRUchella.

Ryan is known for her solo work and also her remixes; her most well-known single is a mashup of R.Kelly’s “Ignition” and Miguel’s “Do You.” Samfox is a local blues and soul rock band who have performed at several campus events, including Springfest and last year’s Battle of the Bands.

CWRUchella, held on the last day of orientation week, is focused on welcoming in new CWRU freshmen but will be open to everyone on campus. Director of Traditions Margaret Shull is most excited to see many of her friends returning from their summers.

“It’s a general welcome back to campus for everyone on campus,” she said. “It’ll be the first-year [students’] first introduction to UPB but it’s not intended for just them. We really want everyone to come out.”