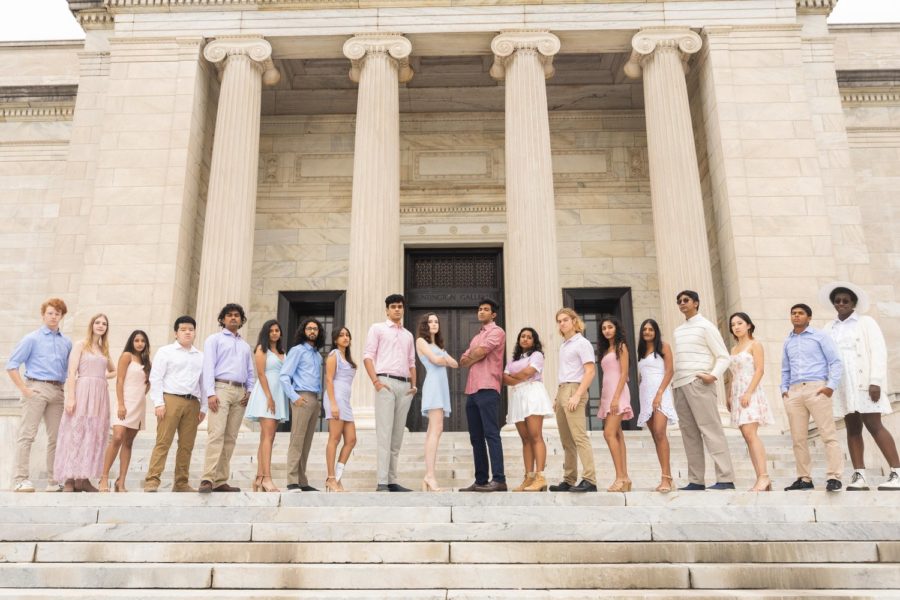 After a streak of stunning performances, Dhamakapella closed out their competitive season with a second-place win at the All American Awaaz (A3) this past weekend. A South-Asian a cappella group, Dhamakapella was founded by Case Western Reserve University students Mayank Prasad, Raksha Soore and Manoj Nair in 2005. As the first co-ed South Asian a cappella group in the country, the group has grown from three to a 16-person team over the past 17 years. They have garnered over 1,360 subscribers on their YouTube channel and have won 21 national titles and 27 individual awards at competitions across the United States. This year alone, they’ve secured seven individual awards and the first or second-place spot in five national competitions. Their most recent achievement was at A3—the championship event for South-Asian a cappella groups in the college circuit.

To even compete at this level, Dhamakapella first had to place at the Steel Sapna, a preliminary competition that was held at the University of Pittsburgh. There they placed first, putting them on the road to A3.

First-year Vikram Ekambaram described this victory as a moment worth remembering: “My favorite memory of the season would be the walk back to our van after winning [the] first prize at Steel City Sapna. Aside from this win at A3, no win of ours felt as deserved as that one. Carrying the giant plastic trophy, scrambling around to pick up its pieces as it fell apart, and making our way to the van through the chilly Pittsburgh weather all while still high [on] the adrenaline was unforgettable.”

Through the weekend of April 16, Dhamakapella competed against eight other teams at A3; the culmination of their year-long efforts. Raag from Rutgers University, Basmati Beats from Rice University and UW Awaaz from University of Washington were just a few of the rival teams they had to face-off against.

“The competition was as hectic as you could imagine,” said Ekambaram. “There was lots of confusion, schedule changes, and tension in order to make everything fall in place… I’m glad I only had to go through this for two days.”

The competition was simple: each team performed in front of both a live audience and panel of judges, with the victor taking home the grand prize and the title of “National Champion of South-Asian A Cappella.” When the time finally came for Dhamakapella to perform, Ekambaram described the experience as being completely calm. After all their rehearsals, where they perfected every aspect of their performance, they knew that they had given it their all, and it showed. At the biggest South-Asian a cappella competition in the nation, Dhamakapella secured second place.

But all good things must come to an end. With the season over, six senior members are now preparing for graduation this May and are passing the torch down to their successors.

Ekambram says this transition “feels really bittersweet … Getting second place at a national level is the … result of all our efforts, talents and improvements throughout the year … [but] … this victory will be the last for our seniors.”

While disheartening, the group remains hopeful that this change in leadership will allow new talent to step up to take Dhamakapella to even greater heights.