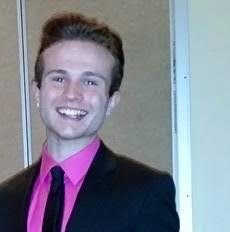 Running for: VP of Academic Affairs

What are your plans for the position?
As VP of Academic Affairs, I want to see a better implemented organization of the growing academic affairs committee, stronger and more transparent representation on faculty senate, a push for an increase in student scholarship funding and investment on behalf of the university, and a strong effort to bolster the representation of minority voices within the CWRU community.

What projects are you hoping to pursue should you get the position that would directly affect the student body in the next year?
As mentioned in my letter of intent, too often the student opinion on the outskirts of the majority are swept under the rug. As Vice President, I want to establish platforms both within out committee meetings and at separately scheduled regular event times for students to air their academic grievances to both an actively engaged student presence and various relevant administrators. My hope is that these opportunities for students will act as a loudspeaker to the university administration and fellow students, so that minority opinions cannot and will not be ignored in the discourse of bettering academics at CWRU.

SAGES is often a topic of debate among the student body, and is currently under review by a committee led by the provost. What, if anything, would you like to see happen with the program?
Many of the issues facing SAGES surround students expectations versus what the actual course delivers. Often SAGES are “pop-up” courses which does allow for variety, but often disillusions students who feel they get stuck with classes they didn’t really sign up for. Making syllabi available to students (not just course descriptions), would lead to more informed choices which could mitigate many frustrations with SAGES courses. Additionally, many students report finding SAGES curriculum non-standardized and frustratingly staggered among different classes. Unifying writing expectations across courses in SAGES would better prepare students as a whole for professional writing, but also guarantee students have access to the same level and depth of writing training.

Do you think that CWRU should switch to need-aware admissions?
To avoid an overtly political answer to this question: No. It is my personal opinion that without adequate measures put into place by the university to ensure middle-class families’ and minorities’ retention, I have huge concerns with the implementation of a need-aware admissions policy. I do not believe it is what is best for the current undergraduate population of CWRU, and the rising tensions over this dispute seem to reflect this climate.

With the VP of Academic Affairs sitting on the Faculty Senate, how do you plan on communicating student needs to faculty and administration? Do you think that student concerns are currently being heard by the Faculty Senate?
It is my belief that the student majority is given a voice within faculty senate – it is a small one by numbers of representatives alone, but it is a voice nonetheless. However, what I find more disturbing is the marginalized and minority voices within the CWRU community that are often never seen or delivered in any way to administrators that can help. During my term as VP, I would like to better this situation by creating a plurality of platforms for students to voice their concerns both directly to administration, and to the dedicated members of the academic affairs committee of the USG.