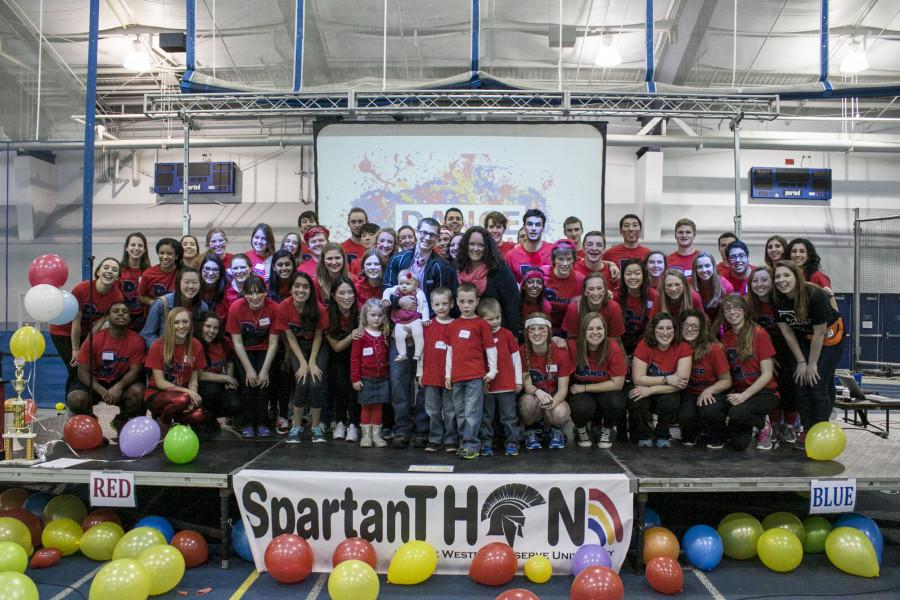 SpartanTHON's dance marathon kept feet moving and donations increasing, and the event ended with more donations than ever before.

Over 250 dancers, charged with staying on their feet from noon to midnight, packed the Veale Center to raise money for kids at Rainbow Babies and Children’s Hospital last weekend.

Throughout the marathon, they were encouraged by the stories of families who benefitted from their efforts in past years as well as by the exciting performances of various student groups. Several activities during the themed hours also kept the dancers busy. As the sun set, the participants danced on into the night, refusing to give in and sit down.

But perhaps the most excited moments of the night occurred right before its conclusion. After a energetic rave hour, grand fundraising total was revealed. Several participants went up on stage, each holding a number, and revealed the total amount, digit by digit, right to left.

First came three, then four and then a decimal point. Forty-three cents. Then came two, seven and two again. $272.43. The anticipation was mounting for the thousands reveal. Three came first. One more digit to go. Several participants expected a four, which would have made a substantial increase from last year’s $28,860.14.

It was a five. $53,272.43. The crowd erupted in shouts of joy. Exhaustion and sore feet were present all around near those concluding minutes of SpartanTHON, but that didn’t stop anyone from getting excited at the sight of that final number.