“Daredevil” is a little tame 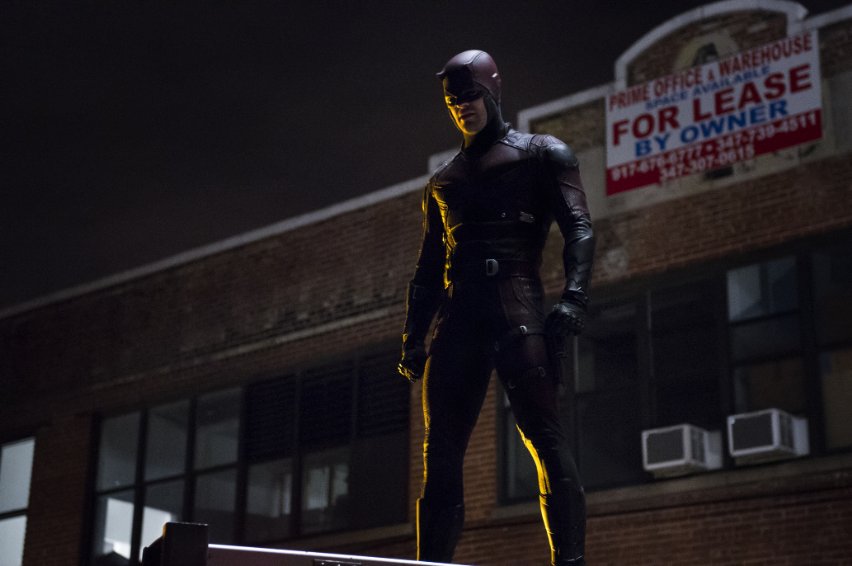 Despite some interesting story lines, much of the second season of "Daredevil" is predictable.

Daredevil has always been a fascinating character to me: Matt Murdock is a man filled with rage, a healthy dose of Catholic guilt and a love for his city. He’s able to channel that aggression and become a force for good, and he got his due when the Netflix series “Marvel’s Daredevil” was released last year. Despite some clunky dialogue and a second half with pacing problems, the first season was great television and a worthy representation of a complex character.
The second season starts with Daredevil (Charlie Cox) chasing a group of thieves through the city streets before taking them down in—where else?—a church. This opening scene shows that the action this season is tightly directed, brutal in its choreography and still a lot of fun to watch. But now that Murdock is fully armored and trained, he has lost the fatigue and vulnerability that made the fights in the first season so invigorating. The highlight of this season is a fight at the end of the third episode in which Daredevil is stuck with two unconventional weapons and has to fight down a staircase. The scene has a sense of claustrophobia due to the tight angles of the stairs and how close the camera is to our hero.

As for the story, the first arc of the season is about the much publicized appearance of the Punisher (Jon Bernthal of “The Walking Dead”). The Punisher is a veteran who, after the death of his family, goes on a one-man anti-crime rampage, killing dozens of criminals with military hardware. This of course puts him in contrast with our very non-lethal hero, so we get fights, chases and a lot of dialogue about lethal versus non-lethal vigilantism. The performances make these scenes enjoyable, but this topic has been discussed so often in other superhero titles that there’s really nothing new to say. Also not helping matters is the still-clunky dialogue. I’d say it’s improved over the first season in general, but there are still many cheesy lines or instances of quirky dialogue that feel out of place in the noir setting.

The next part of the season, with a story arc involving Daredevil’s college love and fellow fighter Elektra (Elodie Yung), was more interesting. Yung is a magnetic presence on screen and her carefree spirit and sadistic glee make every scene she’s in enjoyable. Sadistic is the key word here, as violence is pure ecstasy for Elektra. The college couple traded blows as often as they embraced, while Elektra moaned with each dodge and punch. Elektra is the personification of Murdock’s desire to embrace his dark violent side.

This season she seduces Murdock into spending all his nights with her, breaking into buildings and beating up ninjas, to the detriment of Murdock’s relationship with his friends. Murdock rationalizes his actions with some vague perceived threat to the city, but he knows quite well that he’s enjoying his uninhibited sessions of violence with his fiery former lover. We as the audience know that this is a destructive relationship, yet we have to note that these two are perfect for each other. If the whole season had focused on this aspect, it might have reached, or even surpassed, the quality of the first.

Unfortunately the last third of the season gets pretty messy. Subplots speed up, slow down, change focus or gain new twists seemingly at random. As a result, the episodes feel inconsistent. There are some great scenes, but there are also many strange character actions, questions still unanswered by the end and confusing plot lines. The larger number of subplots mean the tension is always high and the pacing is quick, but I would have preferred a slower and more cohesive ending.

While the lackluster final episode is disappointing, the biggest flaw this season is that, when not dealing with Elektra, it’s really conventional. The highlight of the first season were these colorful multicultural crime factions and the interplay between the interesting personalities that ran them. This season has Daredevil fight an enemy that threatens to destroy the city. It is far more standard superhero fare, which will disappoint those who wanted this season to also be a “The Wire”-type crime drama with superhero elements. I do hope that the next season will focus on the crime element again, but as it stands, the second season of “Marvel’s Daredevil” is still a well-made dark superhero drama.

All in all, it’s just more Daredevil, and that concept always excites me.