“Dawn FM”: the morning after hours 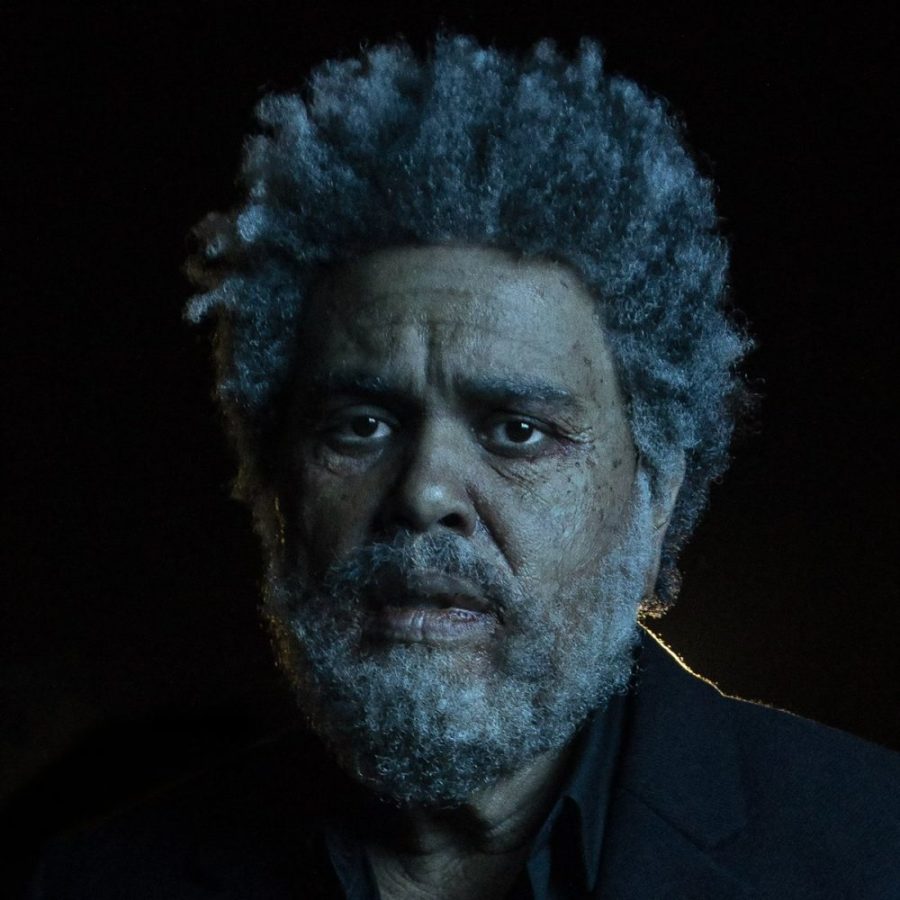 The Weeknd is back with another album, with his most recent work exploring new sonic and emotional boundaries.

It is hard to believe it’s been almost two years since The Weeknd’s last album, but the artist Abel Tesfaye is finally back with his fifth studio release, “Dawn FM.” Nearly five months after dropping the album’s lead single—“Take My Breath”—The Weeknd continues to reimagine the 1980s in the form of a radio program, making a modern sonic adventure.  “Dawn FM” has the most cinematic sound that Tesfaye has ever had. Oh, and as the artist stated in a recent tweet,  “… did you know you’re experiencing a new trilogy?”

The Weeknd has been the face of mainstream pop R&B for several years, drawing major influences from pop legends such as Michael Jackson and Prince. His 2020 album, “After Hours,” is highly regarded as one of his most realized albums, depicting a complex story of his toxic love life. “Dawn FM”—the second installment of the ‘new trilogy’—grapples with Tesfaye’s post-relationship conflicts and guilt. The Weeknd seems to be setting his series up as if “After Hours” is the ‘death’ of his relationship and “Dawn FM” is the transition between death and the beyond.

The album kicks off with the titular track, “Dawn FM,” which starts off with a very spiritual, harmonious melody and some angelic vocals. But as the song continues, it slowly builds a dark undertone that suddenly drops you into the lap of narrator Jim Carrey. Yes, actor Jim Carrey is narrating your journey through the transition between death and the afterlife. His voiceover and The Weeknd’s “103.5 Dawn FM!” lib at the end really set the scene of a radio show.

The rest of the album seems to fall into a four-act epic. The first act deals with Tesfaye’s desperate attempts to salvage a failing relationship. It’s packed with upbeat cuts, spacy, electro synth-pop instrumentation, and tales of sex and drugs that are typical of Tesfaye’s work. The details are so impactful in this section, from the melodic mumbling at the end of “Gasoline” to the pulsating breathing, vocals and guitar riffing in the build up of “Take My Breath.” This first act certainly houses the punchiest songs on the album, with some being contenders to be the pop anthem of this next decade.

Moving into the second act, the album takes a little bit of a sonic turn as it settles into a smoother groove. “A Tale By Quincy” is a heart-wrenching recollection of the upbringing of Quincy Jones, the legendary producer of works such as Michael Jackson’s best-selling album, “Thriller.” Jones speaks about his relationship with women, his children and how they’ve been impacted by his troubled past, leading him to make terrible decisions that he later regrets. “Out of Time” depicts Tesfaye reflecting on his past relationship mistakes; he’s filled with regret, but now it’s too late. Despite its somber theme, the beautiful ballad and Tesfaye’s buttery smooth vocals have the power to make anyone want to dance in their chair every time they hear it, making it one of my favorite cuts off the record.

The third act transports Tesfaye through his cycle of toxic relationships. “Here We Go … Again” with Tyler, the Creator, and “Best Friends” touch on The Weeknd’s new cautionary perspective on relationships due to past trauma—the inability to emotionally invest in a relationship.

“Is There Someone Else” and “Starry Eyes” are sonically very similar tracks, but serve different purposes. The former song portrays Tesfaye’s fear that he’s being cheated on by his new partner while the latter track has him falling head over heels for the girl of his dreams, though he also succumbs to a toxic mindset. These two tracks, combined with the first half of “Every Angel Is Terrifying,” might be my favorite section of this album thanks to the fantastic production crafting and the heavy vocals and instrumentation. It defines the tragic conflicting states of Tesfaye’s mind—loving someone but also being hesitant due to the fear of hurt and heartache. The ethereal synths and spacey ostinato rhythms transition into a bass-heavy envelope of sound accompanied by Tesfaye’s heavenly vocals in a way that perfectly captures the bittersweet feeling of cynical love.

Coming off the album’s climax, the fourth act tackles the fated pain The Weeknd envisioned when entering a new relationship. Although “Don’t Break My Heart” and “I Heard You’re Married,” featuring Lil Wayne, aren’t particularly special in their own right, they do add to the overall theme. In the past, Tesfaye was the one participating in a hedonistic, party-animal lifestyle, unable to commit to a monogamous relationship, but now the tables are turned and he gets a taste of his own medicine. This brings us to “Less Than Zero,” a reflection of the artist’s past choices along with his guilt and regret over them. He comes to realize that there’s nothing he can do to change his ex’s mind or what he’s done to hurt her.

Finally, the album resolves with the closing track, “Phantom Regret by Jim,” which, despite not quite qualifying as a song, is arguably the best part of the album. Backed by an electronic organ loop, Jim Carrey cuts through your soul with his sinister, but oddly calming, monologue about the dangers of regret. The spacey synths and dark counter-melody build up to a point that feels simultaneously uneasy and peaceful. Like his last record, Tesfaye leaves you yearning for more of his other-worldly sound.

The Weeknd once again kicks the year off with an instant classic, not only perfecting some of his new yet retro vibe, but also giving us some absolute bangers that I’m sure we’ll be bumping to for years to come. This album does a fantastic job of detailing a sad, but hopeful story, through phenomenal instrumentation, all while creating a pop experience that is unmatched by any other major artist. This album will surely end up as one of my most played for Spotify Wrapped this year, and I’m sure it’ll fit into yours. Whether it’s playing while you walk to the quad, hit that PR at Veale, or lie on your bed staring at your ceiling at 3 a.m., Tesfaye’s euphoric voice is perfect to listen to for hours upon blissful hours.